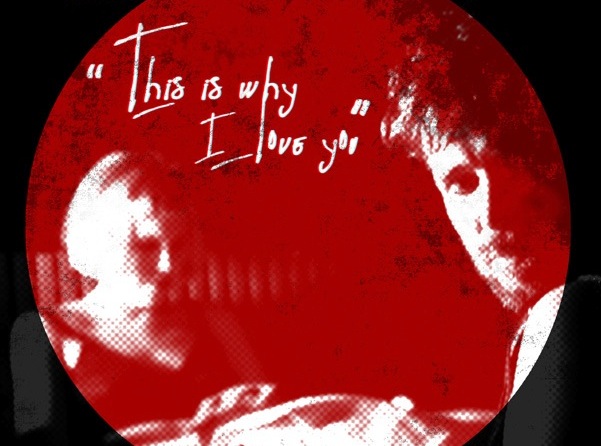 I first heard Bec and Ben’s “This Is Why I Love You” last year, on a compilation released by My Sydney Riot. I’ve been a fan since then, but it’s only recently that I’ve had the chance to catch them live. Supported by Burn Antares and The Chitticks, they filled the FBi Social with rock music, laughter, and… feathers.

The night began with Burn Antares, who enhanced their set with a psychedelic visual display. This included bursts of colour, video footage, and various words projected onto a screen behind them. Despite being distracting at times, the dizzying spectacle was the perfect match for the band’s 1960s-inspired sound. Their strength was definitely their lead singer Grace Farriss, whose powerful belt was full of trills, lilts and other vocal flourishes — although she appeared to be rather nervous during their set. Luckily, some of the shyness seemed to go when she picked up an acoustic guitar for their last few songs. A little more confidence from Farriss, and Burn Antares will be a solid unit of sound.

The Chitticks were the stylistic opposite, with red lighting and surf-rock songs that were heavy with mood. The combination of traditional rock instruments with synth, tambourine, and shared male-female vocals made them very engaging to listen to; particularly during the bluesy song “Real Thing”, which was the most mature piece of their set, and one of the finest played during the whole show. They did have their cheeky moments, though — the playful yell of ‘hey watch your mouth!’ in one of their last songs had the band members smiling at each other while the audience danced along. With music this interesting, I’m looking forward to catching them at another show soon.

Bec and Ben hit the stage just before eleven, and launched straight into what would be the wildest performance of the night. Like Burn Antares, they had a visual display behind them, but Bec and Ben’s was definitely on the weird side. At least, the crowd of skeletons that danced along to “My Ego” — a standout among the pop-influenced songs that dominated the earlier half of their set — gave me that impression. Although we were treated to a slow moment here and there, the songs became grittier throughout the night in the lead up to the single we were all waiting to hear. The performance of “This Is Why I Love You” was backed by the duo’s music video, and ended with feathers being thrown over the audience. After a short break to promote the wallets they designed with mi-wallet, they returned to the stage for their encore: a new song titled “Bang Fuck Tough Luck”, which really tapped the AC/DC vein.

If you haven’t already had the chance to catch Bec and Ben live, you’d best keep an eye out for the next show they’re playing near you. Their music is raw with its honesty and refined by its creativity; something no rock fan would want to miss.