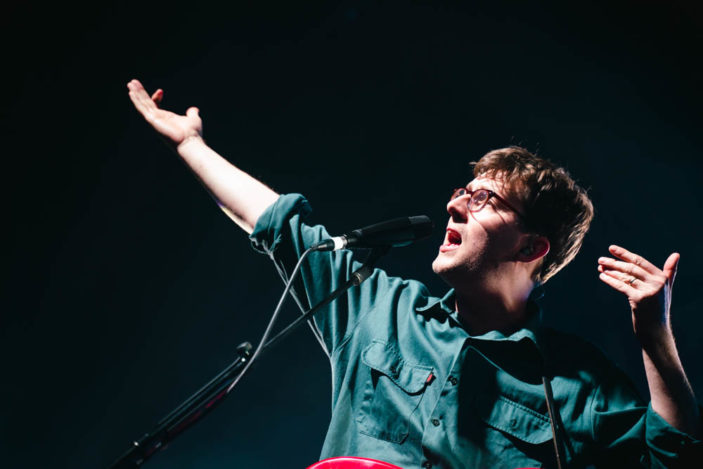 Saturday night saw the beginning of Ball Park Music’s closing weekend for their scintillating Weirder and Weirder album tour, which we recently named the best albunm of the year (so far). After almost six weeks of dates, it came to a close in the best of ways, with two shows at the Forum Theatre in Melbourne.

RAT!hammock brought the rock energy early, bouncing around the stage and treating the early arrivers and keen Ball Park Music fans to a bit of local noise. As usual, the band brought their excitable energy, their bubbliness and eagerness to perform as hard as they could; matching the whimsical energy that Ball Park Music shows are known for.

King Stingray brought their own unique energy, putting on a mesmerising performance. They managed to pack the Forum, to the point that those arriving late on Saturday night could have easily mistaken who the headliner was meant to be. The fantastic set felt like something of a dry run for their upcoming appearance at Splendour in the Grass. 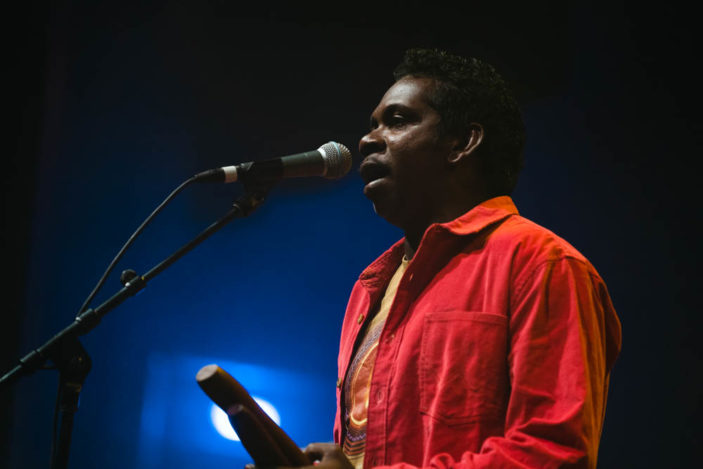 By the time it hit 9:30pm and King Stingray had finished their set, the room started to buzz with nervous energy. For some, this was the first time seeing one of Australia’s cult indie bands and for others, it would have been the latest of many. No matter what the case, they all had something in common and that was the excitement to see the band live again after years off of the touring scene and two new albums in their back pockets to play.

10pm saw the band arrive in exciting fashion. With flashing lights and a drop-sheet hung for dramatic effect, Ball Park Music entered the stage to music applause. As seemed fitting, the first song of the night mimicked that of their recent release Weirder and Weirder, starting off with ‘Manny’.

This was followed by another 20 tracks, for a long overdue celebration of the previous two Ball Park Music albums. Many fan favourites made the list, with older tracks such as ‘The End Times’, ‘Everything is Shit’ and ‘Pariah’ – to name but a few – joining newer favourites such as ‘Cherub’, ‘Sunscreen’ and the newest album’s title track, ‘Weirder and Weirder’. 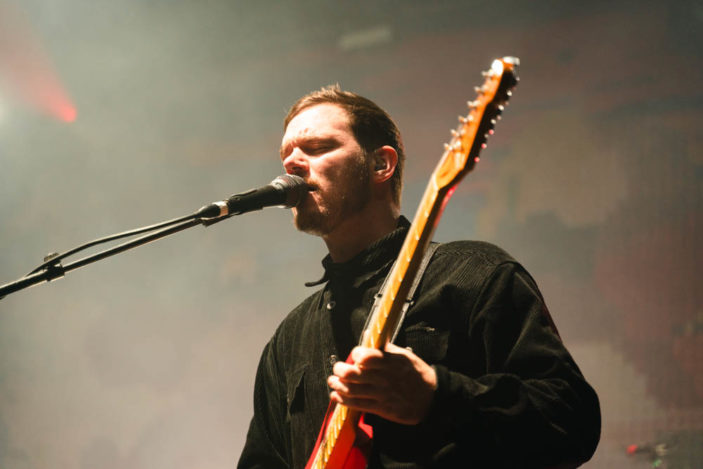 The now classic ‘Nice To Be Alive’ brought a nice change of pace to the set, with most of the band, bar Dean Hanson leaving the stage, giving a solo rendition of the track, proving he was more than just some sly guitar solos or a backing vocalist.

Excitingly, Dan Hanson, the band’s drummer, also had a moment similar to this and was given his moment to shine by having a full drum solo. After having the other members of the band leave the stage for this all eyes were on him, and he definitely delivered. Moments like this were staples throughout the evening, with Paul, the keyboard player and Dean the band’s lead guitarist all getting their moments to shine.

Another special moment was having most, if not all, of the crowd form a call and response with lead singer Sam throughout ‘Hands Off My Body’. The song, a long-time favourite to fans, was met with a roar before ‘Head Like a Sieve’ finished off the main set. 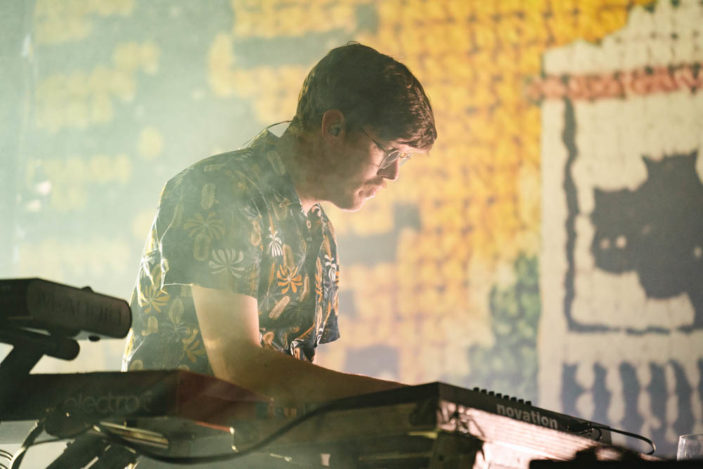 Of course, it wasn’t over with a traditional walk-off encore spurring on the calls for “one more song”. In fact (and thankfully), the band had three more tracks on the way, closing out the evening with a throwback in the form of ‘Glass Jar’, with only Dean, Sam and Jen before Paul and Dan returned to the stage for ‘All I Want Is You’ and the finale, ‘Sad Rude Future Dude’.

The evening was a brilliant celebration of music and a reminder of why Ball Park Music has managed to stay relevant all these years on. The evolution of both their recorded and live performance has kept them fresh and as Saturday and Sunday night proved, the band still has a long and special place in Australia’s music scene.

The reviewer attended Ball Park Music at The Forum in Melbourne with supports from King Stingray and RAT!hammock on 16th July 2022. Photos by the author. For more upcoming dates from the band, head to their official website.