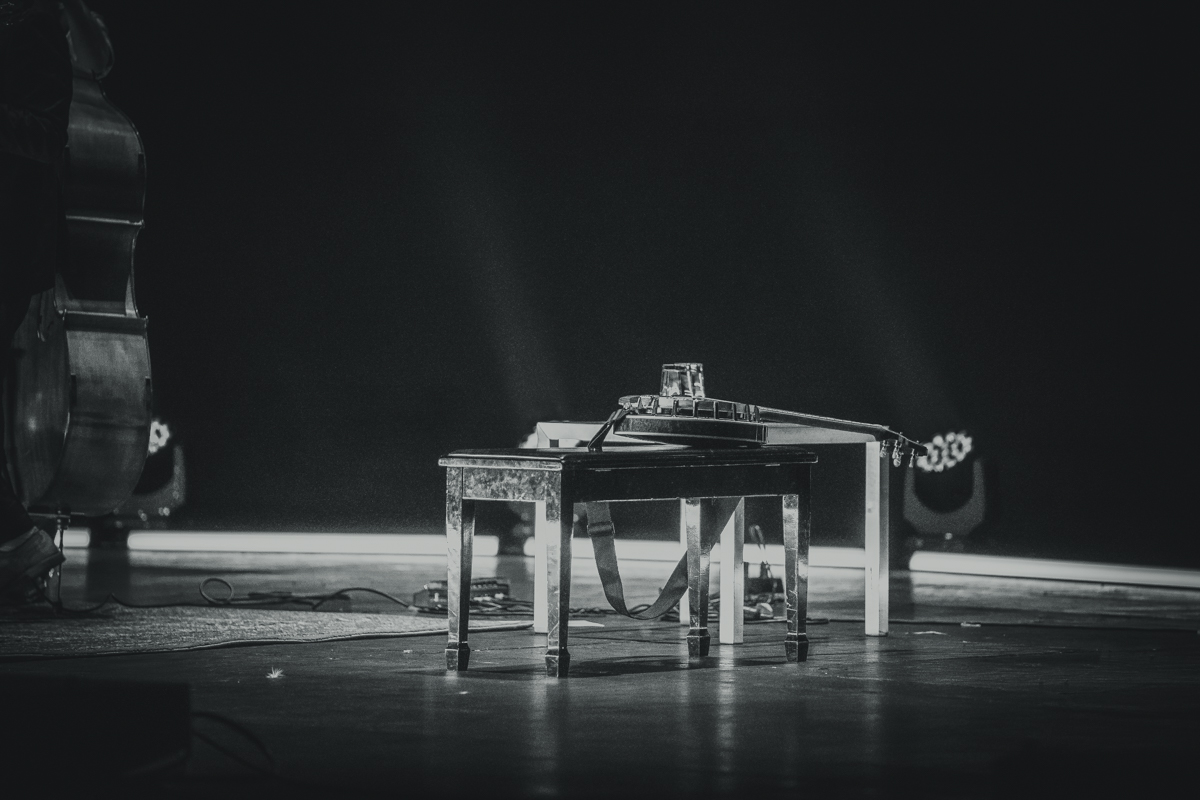 While Australia fancies in the upcoming Splendour In The Grass and the indie/pop music it brings with it, folk guns and Grammy award winners; The Punch Brothers have snuck in under the radar to put on a memorable evening. The group made up of mandolinist Chris Thile, guitarist Chris Eldridge, banjoist Noam Pikelny, double bassist Paul Kowert and violinist Gabe Witcher brought something a little different to the Melbourne music landscape this week as the group entertained for a brilliant hour and a half at the State Theatre on Tuesday night with wit and laughs aplenty.

The single microphone show created an interesting scene for live music-goers who haven’t seen The Punch Brothers before as the quintet all stood around the solitary microphone, but it worked to great effect, stepping in and out of the pickups range to bring emphasis to certain instruments, juggling mandolin, bass, violin, banjo and acoustic guitar with impressive clarity and timing as the vocals bobbed between.

While some band’s remove their emotionally in place of technical acumen, the Punch Brothers were able to wield both during their set, not only demonstrating a long practised trust in one another (working together since 2006) as well as a driven sense of (emotion) that travels through the bands writing and delivery. “Julep” and “My Oh My” were great examples of this, but there was an evocative impression made through the groups instrumentals such as “Three Dots and A Dash” often using them as a break between vocal tracks while displaying the power of music.

On the Splendour theme, The Punch Brothers came out with Tame Impala’s power track “Let It Happen”, the cover of the legendary Perth outfit was brilliantly weaved into a folk hymn as Chris Thile and Chris Eldridge’s vocals reverberated through the hall during the tracks mid-chorus break. This intermingled well with the set built around it, as “Jungle Bird” and “Jumbo” filled out a set of spectacular sounds.

“Rye Whisky” gave the encore a little punch with the fast firing rendition made for spectacular listening as one tried to pick out all of the interconnecting lines mixing together.
The Punch Brothers closing track was a special moment with all five members stepping forward from the microphone to perform “Familiarity” as a pure acoustic. While the odd ear may have strained to hear the quiet moment in such a large theatre, it was worth it to hear their pure acoustic harmonies and Chris Thile’s effervescent vocals.

The Punch Brothers head back to the US to continue their tour after their Australian circuit.

FOUR AND A HALF (OUT OF FIVE)