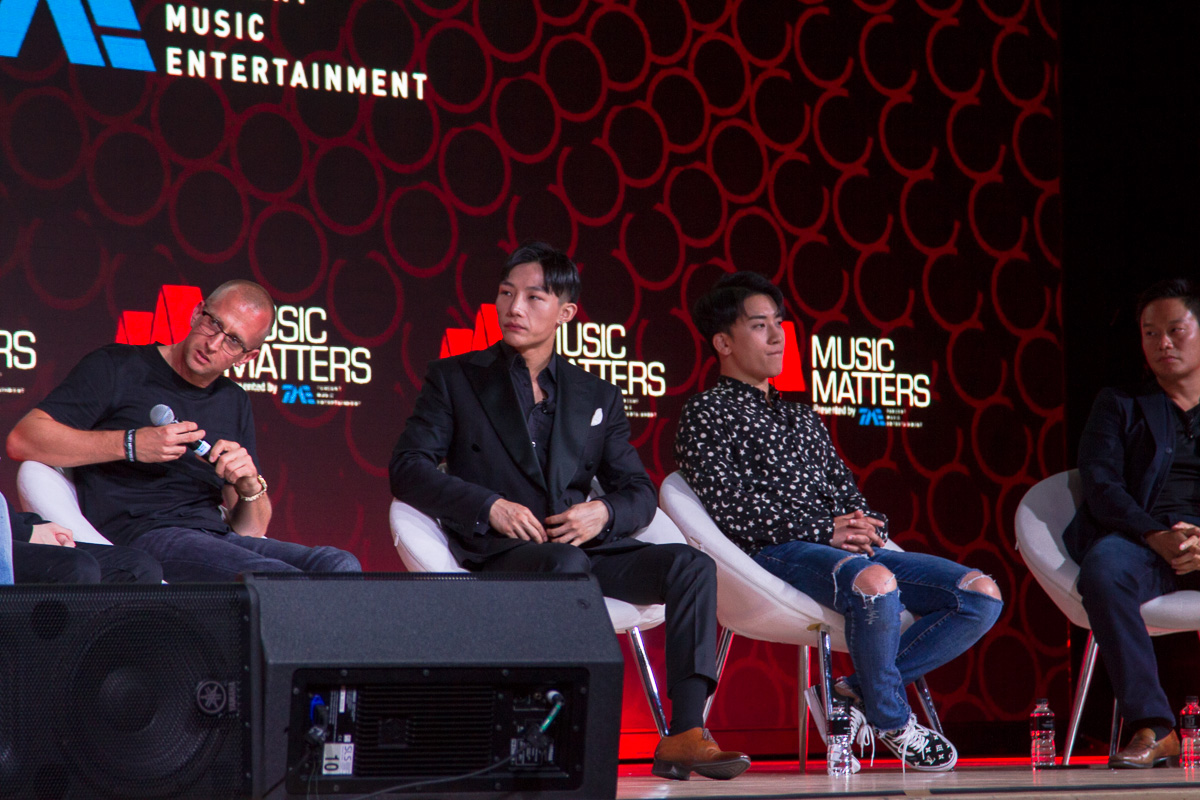 The final day of the All That Matters conference in Singapore kicked off on Wednesday with panels and keynotes across the Music, Digital, Marketing and Sports streams, alongside a presentation from tappit, who were looking at their take on the technology that is taking events cashless.

Other morning highlights brought gaming and sports together with an interview Brendan Donohue, MD of the NBA 2K League, talking about building a global esports league in the ever growing and already crowded esports marketplace. This led into a broader panel discussion about esports with guests from Twitch, Activision Blizzard and Astro.

The Marketing stream, meanwhile, shined its light on the media landscape from the point of view of marketing teams, across a series of insightful panels in the Twitter Pavillion. Among the guests were Sital Banerjee, Global Head of Media & Marketing Performance Management, Philips, Sam Ahmed, Global Head of Digital & Retail Marketing, Standard Chartered and Veneeta Ranjan, Media Lead – APAC, Ferrero Asia Pacific. Joe Nguyen of comScore and Hui Yan Pan of Stylehaul also looked at the future according to “Gen Z Screenagers”.

In the Digital Matters keynote after lunch, Hosi Simon, CEO of VICE Asia Pacific, looked at how perspectives of Asian culture is changing; where as one it was seen as “exotic”, even fetishised, now it’s been normalised.

Simon talked about the some of the ways this is apparent in the content they’re seeing, “voices are being heard which have never been heard before, and it’s clear that younger talent, who are writing scripts, are starting to understand the importance of their own culture. It’s very Indonesian focused, there’s a pride I didn’t see when we started.” 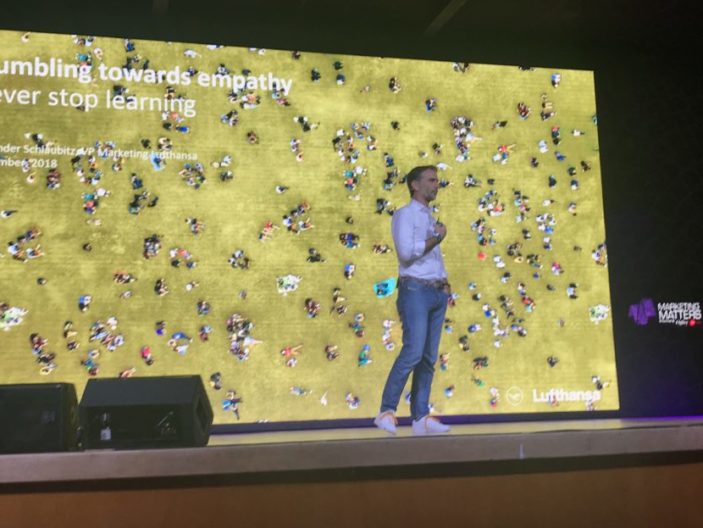 One of the most surprisingly interesting keynotes of the day was “Creating Deep Emotional Ties Through Empathy” from Alexander Schlaubitz, Vice President Marketing of German airline Lufthansa. The talk looked at some of the creative and innovate ways the airline has helped achieve their push towards to the #SayYesToTheWorld campaign, without shying away from some of the mistakes they’ve made along the way.

Schlaubitz looked at what they’re trying to do. “We’re not trying to create “fans””, he said, “we want to inspire people to travel, encourage people to fly with us, and eradicate any difficulties with the travel process. We want to organically embed ourselves in the psyche of future travellers… and provide empathy, which means embracing the whole journey. Our role is to celebrate openness. We think the world is a better place the more people collaborate and share ideas. The world is so much better off when people embrace it.”

They set up a printer in an airport in Germany that gave people waiting for their friends or family to hold up a sign to greet them – they were running out of paper twice a day – they left tissue dispensers in the security lane for people saying goodbye to their loved ones. They always have to ask, “We know there are things that are difficult in the travel process and how can we help with that?”. There was also inspiration outside of the airport, in the urban experience, with a digital kiosk where you were watching someone through a machine in the USA who was interacting with you and the machine would dispense treats. 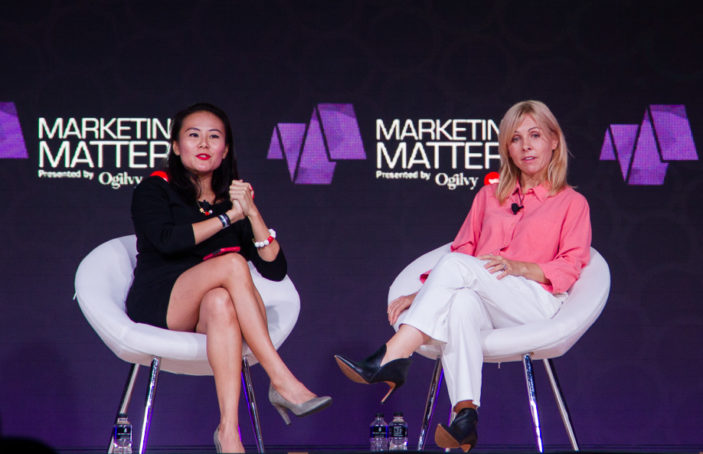 As the day progressed, Kerry Taylor, EVP of MTV International looked at how they’re continuing to positing themselves as leaders in the youth market. “MTV is still about supporting and celebrating new talent. But not just music anymore. Celebrating young people, and helping them grow in their career. MTV is designed for the new generation. If a 40 year old comes up to me and says they watch us, and not something like “does MTV still exist? I remember it when I was young…” then I’m probably not doing my job.” So that probably explains why you haven’t been watching MTV lately. She also pushed on the importance of local content, “Increasing local content is key to connecting with your audience.”

As marketing matters continue, the “immersive brand experience” presentation by Pratik Thakar of Coca-Cola preceded a broader panel about brands who Pratik, accompanied by Edward Bell from Cathay Pacific and Janelle Tong from Pernod Richard. And then it was time to return to Music, as some of the week’s biggest Music Matters guests hit the stage, interviewed by Australia’s Lars Brandle. 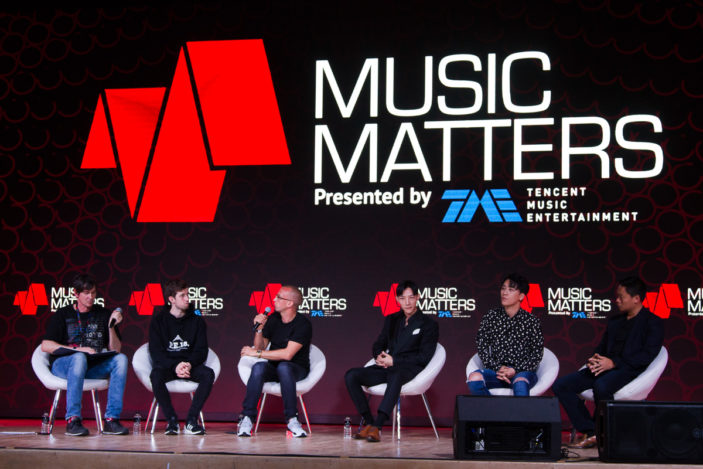 It kicked off with a one-on-one interview with Gunnar Greve, Managing Director of China based label Liquid State. As well as looking as his own career, he continued the messaging that was pushed throughout the entire week here in Singapore, saying, “China will become the global leaders in music consumption. Not if. When.” And he as asked how artists outside of the country can access the market. “There are countless opportunities for artists in China,” he said, “my advice is to spend time on the ground before you tour or tackle it, and gain an understanding of the market.”

Then they jumped into a panel on the broader Chinese electronic scene with a few of the world’s biggest artists, CORSAK, Seungri Lee of BIGBANG and Alan Walker, alongside Andrew Li, Executive Chairman of Singapore club Zouk.

While Korean, Seungri Lee is an ambassador for Shanghai based company Liquid State, while Alan Walker sits as their central artist, and CORSAK one of the most successful Shanghai based artists, and they talked at length about how they have met the demands of their success, which has been nothing short of overwhelming. “The success for Alan Walker (in particular) happened so quickly, you just can’t plan for that. You have to run as fast as you can, and figure it out while you’re running.”

They reminded the audience that there’s “nothing more powerful than getting great artists working together.” Seungri Lee talked about the synergy of working with other artists on his Ignite project, while Gunnar talked about the BIGBANG star as one of the most successful entrepreneurs in the industry, calling him the “perfect example of how you can be both a successful artist and an entrepreneur in this industry”. CORSAK also reflected on how his first ever piano concert was in Singapore when he was 14, and talked about how he grew up looking up to artists like Coldplay and the late AVIICI.

Andrew Li also took a brief look at the difficulties of taking the festival arm of his business into Australia, while he continues to expand elsewhere around the Asia region, “Australia is so far forward in its music industry, you have to have a very strong established concept to move into the Australian market.” And perhaps he doesn’t see his brand as being there just yet.

Elsewhere, Sports Matters started off the afternoon at the Twitter Pavilion with a talk on new emerging sports and how they could gain traction in the industry. “When we have olympics shining on your sport, it actually does help with growing the sport. In the Winter Olympics, snowboarding halfpipe is the second most watched sport. I think it might be about time for the Summer games to catch up (with action sports)” Hurricane’s Matak Clavier said when talking about the future of sports.

A big emerging market for entertainment consumption is India. During the panel ‘the new india story’, Ferzad Palia, Senior EVP & Head of Youth, Music & English Entertainment for Viacom 18 Media talked about the growth of entertainment in India, saying “…what has happened is that the consumption of music has skyrocketed and that in part is thanks to YouTube.”

And when asked about how international companies can penetrate the Indian market, Matthew Emerman of Saavn said that one “cant control the growth of the Indian market but you can make sure you grasp it by making a local partner”.

Scott Ryan, the Vice President of Gracenote said that there has been progress made in the industry, “At least in the contractual process… There’s a lot more leniency nowadays and it is less exceptible for someone to say ‘I cant do what you want’ and get away with it.”

The highlight of the Millenia 1 hall was The ATM Blockchain Forum, where Māx Kantelia, Co-Founder of Zilliqa Research, talked about the current state of blockchain said that it is “now is at the point the Internet was in the 90s. It can only do 7 transactions at once, as compared to the thousands of transactions Visa or MasterCard do every second – blockchain still has a long way to go.” Which is an refreshing perspective amongst a culture of hype in the sector. 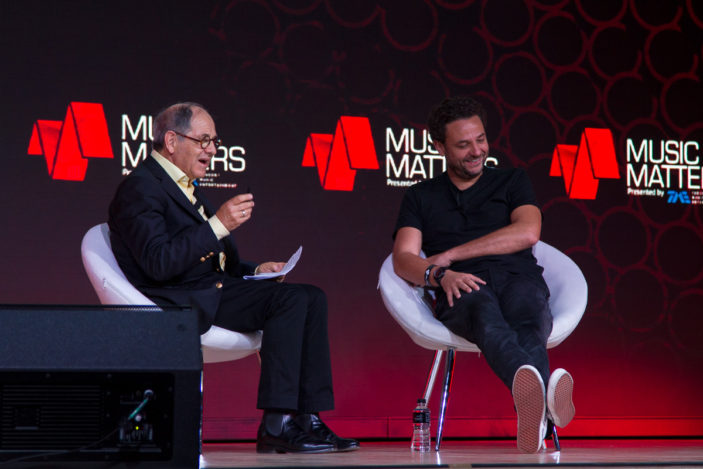 Music Matters ran through the entire conference this year, so it made sense to end things in the ballroom with one of the most anticipated keynote guests. Jonathan Dickins, Founder & CEO, September Management; Manager of Adele, M.I.A, Paul Epworth, Rick Rubin, London Grammar and more, in conversation with festival regular Ralph Simon.

Dickins looks back on his early work having his own label and releasing the first music from M.I.A. and Punjabi MC. And he has a lot of other points of insight:

– “The best singer of her generation, in my opinion, Adele.” Though he digressed he might be bias.
– “Music is about moving you, not necessarily about technical ability.
– “XL is the most important independent labels since Island Records.”
– I’m always trying to fight inauthentic.
– Adele is a super fan of Beyoncé.
– Success is relative. Credibility is just as important. “Would Sub Pop have gotten Nirvana if they didn’t have Sonic Youth?”
– When egos come in, bands are better when there creative dictatorships. The Strokes started sucking when Julian let the others write.

It was both an interesting and insightful way to end the 2018 conference. Staff of the festival have been since hailing the event as the “best ever”, and talking to many regulars to the annual conference, this seemed to be the general sentiment. From our own experience, the event brought together its speakers and streams better than ever before, with some incredible keynotes, insightful panels and excellent networking sessions. And so having been attending regularly since 2010, we would have to agree. All That Matters 2018 was its best ever conference.

The event will return next year and for details on that, keep an eye on allthatmatters.asia.

To get to Singapore for the conference from Australia, we travelled courtesy of Scoot, and stayed at the Holiday Inn Orchard City Centre.