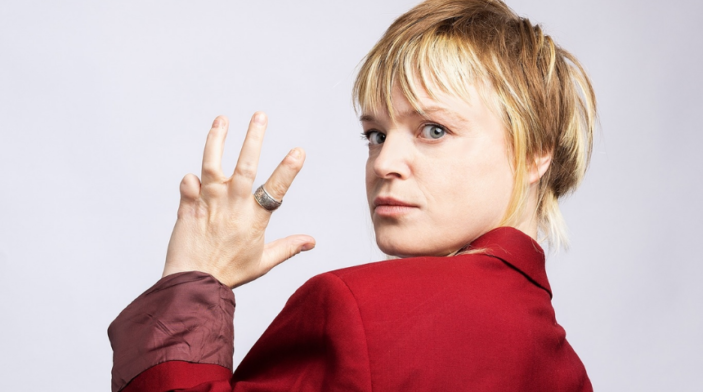 With her seventh studio album HANDS (or NINE AND A HALF SONGS FOR NINE AND A HALF FINGERS) releasing today, we thought it was high time we caught up with singer-songwriter Wallis Bird.

We chatted to her as basked in the glow of a beautiful spring morning, the birds singing as she sipped on a cup of coffee. (I know where we’d rather be!)

I guess it’s becoming nice and cosy and warm in Berlin?

I’m just outside of there, I’m in the countryside and it’s just getting springtime here. Do you hear the birds? It’s ever so slightly cold in the house so I have to light the fires in the house to keep the house warm.

As an Irish lass how did you end up in in Germany?

There was a couple of big turning points. My college did an exchange with a with a couple of colleges in Europe and I met these mad German people, and I really dug their vibe and hung out with them quite a bit over that week at the workshop. Then my college sent us away to their college for a three-month scholarship and I ended up just falling in love with the place and the people. I had my first hot meal before a concert there and that was a big OK; that was a big deal. They’re very proactive people – like we’ll go into the studio, and we’ll make a CD and then we’ll print the CD… Nobody was that proactive around me in Ireland, just talk. It wasn’t just talk; they were actually doing it. So, I said OK, I want to be with people for doing rather than talking about doing, so it was a very easy choice for me to make. With time I ended up just staying. Have you ever been?

Yes, I remember going to a crazy party in Berlin at a massive bombed out half a house. Are you coming to Australia to tour at any time?

That would have been when you started writing the album, I guess?

The album was started really getting written in in December 2020. From then it was 50 weeks until I finished at the end of November 2021. So, it’s only very recently finished which is probably why I still have a big grin on my face. Of course, there are little pieces here and there I took from over all of the years. I would consider any bit of writing at all that I do is possibly maybe not used for now but always put away in a little shelf for when I use it whenever. The heft of the writing was in the 50 weeks between December 20 and November 21.

I was looking through your Instagram and I love the stories behind the songs. I think it was “Aquarius” where you said you started with something and then you left it and then you changed it. As opposed to the “Power of the Word” where you wrote that in a day, virtually.

Every single song is different. Some songs write themselves. For example, “Pretty Lies”; I constantly chiselled away at that for the bones of the year. I changed it drastically so, so many times. A new chorus, a new verse, a new style, different instrumentation, different arrangements. That, for example, was random and in the end that song decides what it wants to do for itself. “The Power of a Word” was written instantaneously. It was one of those songs that was just gasping and waiting to get written; it was just looking for that moment for the floodgates.

“Aquarius” and “Pretty Lies” were chiselled away, really chiselled away in a different way than the other ones were, as in they were quite stubborn and didn’t want to get finished. So, the way I figure when a song is like that, I’m like OK I’ll work on it, but only to the point when it loses respect for me. When it starts kind of laughing at me that’s when I will come back to this later. So, the songs are funny like that. There’s real conversation between them while they’re happening. I absolutely tune in and listen to what they want. It’s become a real pleasure like that. I never get angry, but I find it curiously stubborn.

I’m sure every songwriter has their way, but for someone like myself who doesn’t write songs but listens, it seems like this mysterious thing that songwriters go off and write songs and then they come back and go “here it is”.

Yeah, there’s a magic to it but you know that yourself from writing, sometimes there’s a magic and it’s like it grooves and it writes itself. Then you get better with your writing because you work at it more and you enjoy it more. You begin to form a story, or an arc of a story and it gets easier with time and experience. You use all these tools that you have but sometimes the story right writes itself. Again, it’s just the tools that you have to work with.

But for me with this with this record for sure I’d kind of run out fucking bored to be honest with you with what I was doing. I’ve kind of took it as far as I could go and then my manager said, look I’m gonna put you in a room with a completely new person and I want you to just enjoy yourself. Write whatever you want, do whatever you want. You have no external pressure just go in and spend some time together. If it clicks, it clicks and if it doesn’t don’t worry, you tried something new. Then like I say 50 weeks later an album is fucking written and recorded. It was such a cool fresh experience for me, being you know seven albums down the road. Just to feel like I’m brand new at this again was deadly. 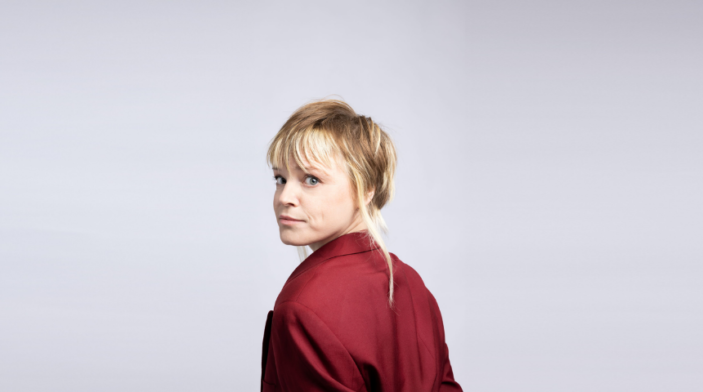 I totally get that that feeling that you don’t want to fall into a rut of making an album if it can be as fresh as it was the first one. Do you have a favourite song on the record?

I have two unfortunately. I mean “What’s Wrong with Changing” is just like a really interesting turning point in my writing I suppose because I did hands down just write pop protest songs. This song hopefully comes across as of its time.

It’s celebratory and upbeat and you can’t help but feel happy listening to it.

Yes, it’s of this time and I hope that when I come back to that in a couple of years, that I’ll realise how far things have come home or how far things have gone back because it’s about social structures and political and what’s happening in the world at this moment right now specific to 2022.

That was a really interesting part in my in my writing as my life as a writer, but my personal favourite is “Dream Writing.” That’s about the emotion and feeling when you’re about to be inspired by something and the world is asleep and I’m the only one awake.

I really like it. That was one of my faves because it takes you to you like a dream like world. You can imagine anything you want to imagine.

It’s a magic feeling. To lay that down on tape, like I never thought I needed to do that or anything like that before. It feels so good when I listen to it now because it’s purely that moment.

One question that I had in the back of my mind is how you release singles along the way; how does it feel that you’ve written an album and it’s ready to go but it’s sitting there waiting. Is there a sense of anticipation or nervousness?

Yeah, there is, but at the moment I have this real excitement because I’ve decided that the pre-release is the most important part to me. The pre-release holds all the anticipation and you’re just showing fragments. You’re still holding on to the power of the album because once it’s released its out and then it’s anybody’s. Before that moment, I can show what I want from it and there’s no pressure. I decided many years ago that I’m only going to enjoy the pre-release and then the release has all the pressure taken away. I’m not waiting for a mass of critical thinking.

I’m only just enjoying the fact that I’ve had such a fucking good time making this. When I’m making a record the most important thing is that it’s true, I enjoyed it and I learned something. Everything after that is a bonus. If somebody likes it or if they’re not into it, everything after that is a bonus. I can take what I want from it and I’ve loved it to this point. For me, after the release, after it’s open and out there for everybody, I’m already living the exact thing that I wanted to live, which is to be pleased.

I’ve had such a good run off it, I could genuinely at this moment right now talking to you John, I could just call it a day and be like I’m really happy with where it is right now.

On your Instagram it’s refreshing that you can see the joy that you are getting, sharing bits and pieces of the album and the response it’s getting. All the behind the scenes and things like that, it’s nice to see someone enjoying what they’re doing.

There’s so much about this industry which is painful and complicated and so unfruitful. There’s so much about it, that I had to retreat and just say what do I love about this and what am I thankful for. It’s not that I’m hiding the hard parts at all. I just I find it far more useful to me to show kind of love for it. There is so much to be heard about. It doesn’t serve me to talk too much about the pain of it all. There’s enough pain so I’ll let the songs sing about that.

You were saying for when it gets out there but belongs to other people is it’s an interesting thing. Music is so ethereal yet yes everyone has a moment where they could say a song has meaning to them. You don’t get that from a photo or a painting really.

With music you feel the vibration of the frequencies and that’s why it really touches people deeply. I mean in a painting the frequency of the of the colour affects people. We sense colour but music touches people in a different way because it’s a language. Even if you don’t understand the language of what’s being said or say it’s a Spanish song, you can tell the passion of the of the song. Generally, music is a is such a communal universal language without the use of words. It’s almost nonverbal and I like I like to look at music how it makes you feel how the sound makes you feel.

I think there’s a duty as a musician to be able to speak your language fully and how to create an atmosphere and a sense of understanding through the sound of music. It’s a huge responsibility and there’s also subliminal messaging which you can pass through in your music. Some people use non audible frequencies in their music to create suspense for music for movies. It’s dangerous for artists, actually.