Interview: Tinashe on new album Joyride and not letting herself get boxed in 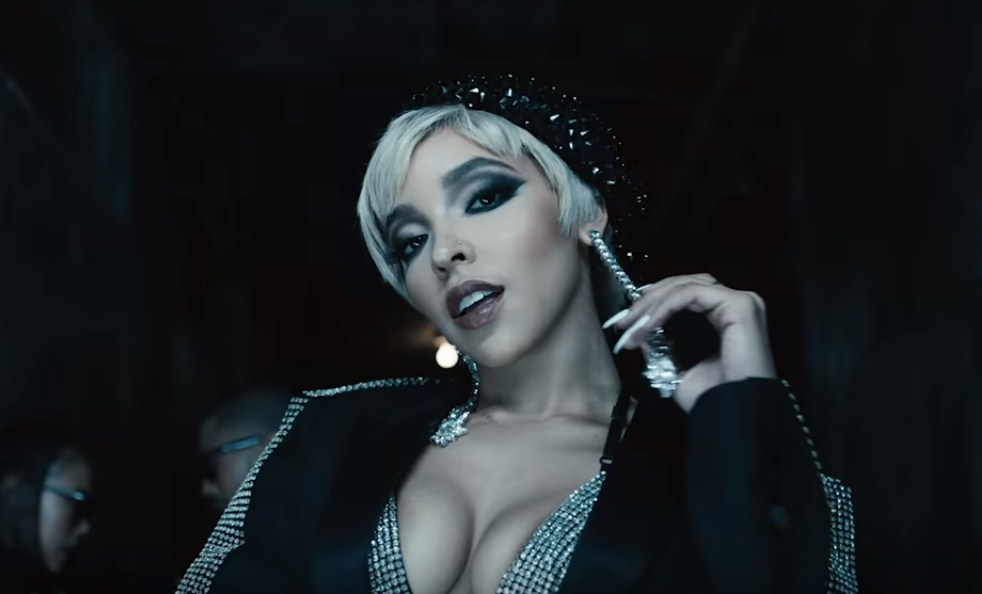 Fans, critics, and commentators the world over have constantly filled articles and comment sections with confused question marks bemoaning Tinashe’s lack of stadium-sized success (her 2014 debut album Aquarius is so underrated it’s ridiculous). That’s not to say she hasn’t met with success though; with an enormous social media following and plenty of critical acclaim behind her, the show-stealing L.A singer-songwriter is most certainly one of the brightest pop-R&B stars of the last decade, and while the “Why the hell is she so underrated?” exclamations continue to fill the internet, she’s busy prepping Joyride: her oft-delayed, highly anticipated third studio album.

With three – “Me So Bad” was released just last week, joining “No Drama” and “Faded Love” – well-received singles in rotation, a very loving and vocal fanbase, and a highly publicised relationship with Australian-American basketballer Ben Simmons, the 25 year old singer-songwriter is understandably in high spirits as I sit down with her in the backyard of a historic boutique hotel in Austin, Texas.

We’re here for SXSW, the city’s overwhelming mega-festival during which she has around four showcase performances planned. Lounging by what is probably the most charming outdoor pool in all of Austin, Tinashe lets me know what fans can expect from Joyride, where it fits in her career thus far, and the (fun) challenge of not getting boxed in. You can check out the full transcript of our chat below.

You’ve finally got the release date for Joyride. Congratulations. I know it’s been a long wait for you.

Could you tell me a bit about the conceptual differences between Nightride and Joyride?

I would say the biggest difference conceptually is a lot of the timing, the pacing of the actual songs. Nightride feels a little bit more laid back, a little bit more moody, vibey – it’s definitely something you want to listen to maybe while you’re drinking wine; that’s where I set the tone with the whole “night” reference. Then Joyride, kind of mirroring that, is very energetic and it has a lot more tempo, a lot more urgency in the songs. Even while they are both two different parts of who I think I am as an artist, they are both equally important, so I’m exciting to share this other side.

I get the feeling that you’re very visually based as an artist. You love music videos, you had that short film that Nightride as well. Could you tell me a bit about what visuals mean to you and how that came to be?

Well the visual component is huge for me because it just adds another element to how I’m able to express myself and express my art. So when I create the music I get really excited about envisioning a music video, or a live show, or how this story is going to translate. Sometimes I feel like when you add that visual element it can even enhance how people hear the song, so for me that’s always a fun challenge, to try and make the song better through the visuals. And dance is a huge part of what I do as well, I’ve been dancing since I was four so that’s always fun to appropriate as well.

That was my next question; what role does choreography play for you and what impact does it have on you not just as a singer but as a writer?

It’s another way that I’m able to tell the story through movement, that’s always been really exciting for me. I’ve always just honestly idiolised a lot of performers who had a great live show, whether it be Michael Jackson or Janet Jackson – people who are really putting on great performances. I would say that’s one of the reasons why I really do like to create more energetic music as opposed to just vibey stuff, even though maybe that comes really easily for me, to create that sort of music.

I enjoy stuff that I can really use to have a great energetic connection with my audience when I put on a show, so I do to a certain extent cater my music and how I write to the entire experience. Whether people are listening to the album or they are at the show, I want there to be ebbs and flows, I don’t want it to be all at one level the whole time whether it’s down or up, I want there to be a story.

You’ve had a lot of, I would say subversive songs on Aquarius, like “Bet” with Blood Orange which was mind-blowing to me and very complex. Do you feel pop and R&B artists on the charts are unfairly put into a box that, when they create those types of songs; people are like “I really didn’t expect this”.

Yeah I think that’s kind of just words to live by. Something I’ve always taken with me in my career is to just not let myself get boxed in; to not let myself get too caught up in the titles or the genre labels and this or that. It is easier for people to understand something when it’s all packaged up neatly and nicely like,”Oh this is a pop project, this is an R&B project, this is an urban project”. For me that’s not fulfilling as a creative person, to only make one flavour. I like to think outside of that box, and I like to be able to surprise people, I like to give people something that they may not have been anticipating from me – it’s fun!

Do you think streaming and social media has opened up people’s minds to more styles of music and made it more palatable for those kind of subversive songs by “pop artists”?

I think so. I think one great benefit in the streaming era is that it’s led people to discover song-by-song rather than just linking up with one artist that say a label has championed. Now it’s much more of a discovery process where people are just finding songs they like and playlisting them. Because of that I think kids are now encouraged to listen to all sorts of styles of music; it has encouraged eclectic music tastes and that’s really exciting for someone like me because I don’t want to make the same thing all the time.

I know you’ve said that artists like Janet and Madonna were big influences on you growing up. But what’s inspiring and influencing you at the moment?

My biggest inspiration is really travelling now. I think that’s been a really eye-opening experience for me, just going all over the world and seeing different cultures and how they relate to music. For example, Asia versus South America, the way they are experiencing music whether they are at clubs or shows is very different, and that’s been very interesting and a learning experience for me. It’s inspiring also in how I go about creating my art. In general I’m always inspired by architecture, things that I see, movies that I’m watching. Specifically music: I’ve been listening to a lot of the stuff that I always love, like Sade, but more recently I would say stuff like Kaytranada, PARTYNEXTDOOR; it’s always a real interesting mix that’s very of-the-now like the Migos album and stuff I grew up listening to like Sade or Stevie Wonder.

And what do you feel comes through on Joyride that didn’t necessarily come through on Aquarius or Nightride?

I think it feels very purposeful. I think it feels urgent and I think it finally feels like this is my moment, it has that kind of sense. I think Nightride, while it was an important project for me, still felt like a stepping stone to Joyride. And Aquarius was like my introduction, so this is a big deal for me, for sure.

Joyride will be released on 13th April 2018 through RCA Records. You can pre order it HERE.