Interview: The Wicked Messenger on “You Don’t Love Me Anymore”, cats on leashes and forming their project 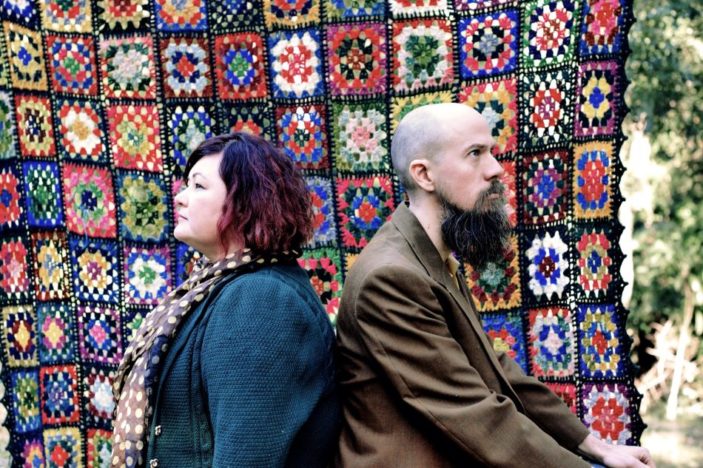 The Wicked Messenger are bringing toe-tapping Americana folk back into business with their latest release, “You Don’t Love Me Anymore”, a wholesome and light-hearted track infused with a nod to blues.

Partners Jimi Beavis and Janey Mac have teamed up with Brisbane producer Jamie Trevaskis to create a song we’d liken to a familiar hug despite being inspired by a broken-down relationship in Beavis’ past – though we get to more of that in a bit.

Brisbane fans are lucky enough to be treated to a live performance on October 25th to celebrate the single’s launch, including an appearance by family band A Country Practice.

We chatted to Beavis ahead of the gig to find out more about the Brisbane duo and what’s in store for the launch night.

So swing open the front door, sit back in your armchair and take “You Don’t Love Me Any More” for a spin while you read the sweet verbatim of Jimi Beavis.

Hey Jimi and Janey, congrats on “You Don’t Love Me Anymore”!
We have to ask straight off the bat, is Bob Dylan the inspiration behind your band’s name?

Yep! I listened to the album that song is from – John Wesley Harding – as I wrote the first songs for this project a few years ago. We both love Bob!

Let’s talk your latest single: “You Don’t Love Me Anymore” is soothing, warm and beautifully simple with a bittersweet message a lot of people can relate to – how this song was born?

While working on songs for previous projects – my blues band – I wrote this song. But it didn’t fit and it was a bit raw, being about a previous relationship. But when I started this project, I dusted it off and changed the lyrics and now it is less about that relationship and feels fresh. A little bit inspired by the late great Justin Townes Earle, we came up with a duelling telecaster/harmonica part but once we heard what Ben [Franz] did with the pedal steel, we took out my harmonica! I really wanted to call it “I Know You Don’t Love Me Anymore But Sometimes I Feel Like You’re My Only Friend” but by the time you read that, the first verse is almost over. 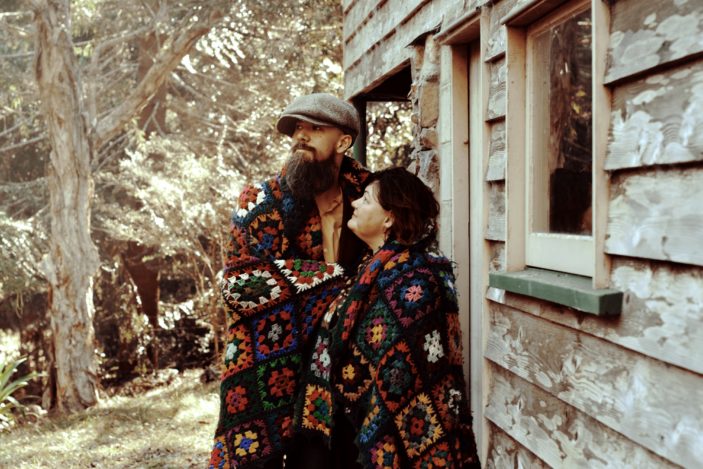 You worked with producer Jamie Trevaskis who is well-known in Brisbane for founding The Troubadour and my personal favourite bar, The Junk Bar (the chilli chocolate martini is divine). If The Wicked Messenger was a cocktail, what would the ingredients be?

I am not sure but it would definitely have cognac in it! I guess Janey would say something like a margarita?

Talk to us about recording in Jamie’s Wild Mountain Sound Studio in Mt. Nebo – what a spot!

Yeah! It actually moved up the road a couple of 100 metres from where we recorded our first EP with Jamie. This one was interesting because the first sessions for the album, which were very minimal, no drums – they were recorded with many bellbirds chirping in the background due to it being a little hot and having the studio door open. So some songs on the album will have that. Jamie and Mia [Goodwin] are old friends and their animals are part of the recording experience, sometimes coming in and sitting on the floor during overdubs. It is relaxed and with friends and that is the best way to record.

This track was recorded before lockdown and we imagine there’s been a bit more music since its creation – what’s coming up in The Wicked Messenger world music-wise?

I did start to write a second album while in lockdown but I will put that on hold for a while as I am starting to work on an album with my other band The Holy Rollercoasters. Meanwhile, we have about one session to go to finish our first The Wicked Messenger album and then we just have to work when and how we will release it. Not sure what format it will be in!

You’ve come together from respective music projects to form TWM. Did the sound click instantly or was it a journey to figure out quite what this project would be?

When we started it was actually just me. I had come to the end of what I wanted to do with my blues project, which was just called Jimi Beavis. I straight away started two other projects – this and the Holy Rollercoasters. After a while, Janey said, “Why don’t we do this together?” While I write the songs, Janey is always there, the first to hear the new songs, the first to provide advice and criticism, so it seemed natural to do it as a project between us. 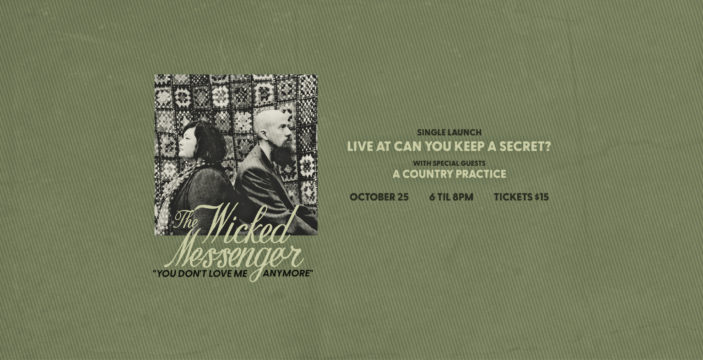 You’re not only partners in music, but also partners in life. Paint us a picture of a lazy Sunday with the two of you.

Ha! Janey’s a doctor so not every weekend is as relaxing for her as it is for me. I teach high school English part-time so Sundays for me is lesson planning, clothes washing, cleaning and doing the shopping! This is our 40th year, so we are not very rock n roll, I am afraid. When we get the same weekend days together we usually sleep in, take one of our cats to the cafe with us in their cat bag (yeah, so what, they love it) and put him on the leash for a walk back. Because West End and Highgate Hill house many of our friends we usually bump into them. We would have some movie watching and lounging around, and maybe later do some work or go out for dinner, maybe see some music. Maybe even rehearse? The best weekends are the ones we don’t plan, when things just seem to happen, so long as we can be in bed by the wee hours of 9pm.

Finally, you have a single launch on October 25th. What can audiences expect from a night with The Wicked Messenger? (Will your cats Tweedy and Walter be making an appearance?!)

Sorry, Little Tweedy and Little Walter find music venues a little much! Well LW does, LT would probably love it – when we held a backyard gig last year he tried to meet every person and there was 50+! But we will have a stripped back band, with Cathy Bell (Tin Star) on violin and vocals and Chris George Bancroft on guitar. Most of the songs will be from the album, plus some of the EP songs and there will be songs about sadness, and love and death, of course, and jokes in between songs. Our friends A Country Practice will also play, so it will be a bit of a party and it will be a relaxed way to finish the weekend. We might also do a little tribute to one of our favourite singers, who passed away in the last year because we miss him a lot.

“You Don’t Love Me Anymore” is available on all download and streaming platforms, OUT NOW.