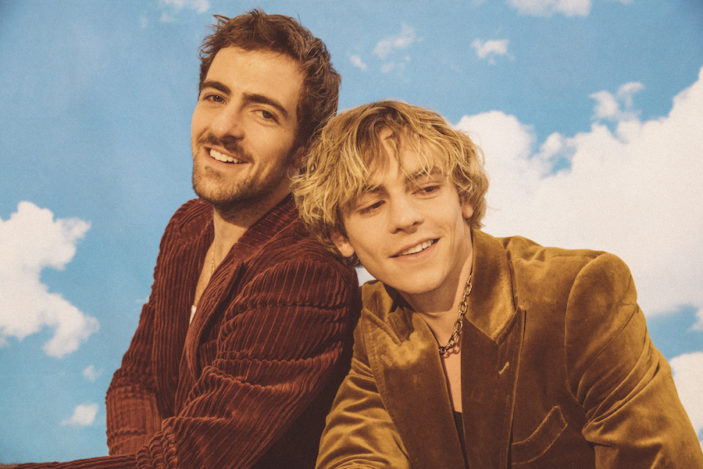 The Driver Era are your latest sun-drenched Los Angelean obsession, un-polishing the pop shine with their own candid sound despite their glossy history.

Rocky and Ross Lynch could easily be thought as pop machine products; Ross coming from his well-documented Disney training ground and Rocky joining him alongside their other siblings in their past project R5. However, the brothers’ latest offering Summer Mixtape, leans in to raw imperfection.

“The essence of the song is tangible upon creation that if you were to go and redo some of those things, it kind of just takes away from the soul of it. And we’ve tried sometimes, you know. Sometimes we go back and are like, ‘Okay, maybe I’ll try to re-sing that,’ and sure. It might sound more polished, but it loses the spirit and I feel like that’s what Summer Mixtape really has to offer is the songs are from that moment that they were created,” said Ross.

This third LP’s release from The Driver Era coincides with the beginning of the Australian leg of their Girlfriend World Tour, marking their debut shows Down Under. Their setlist navigates through their Driver Era discography, even including a Teen Beach Movie track (the Disney movie that had an equal to greater effect on Gen Z as High School Musical had on Millennials).

“The cool thing about that song actually is that’s the only song in all the Teen Beach Movies that we actually wrote. So when everyone started requesting it, we were like, all right, like yeah, we’ll play it. Like we wrote it,” said Ross.

“I’m proud of all those [movies] and all those times and all those things that I learned and, you know, some people come up to me on the street now and they’re like, ‘Dude, I literally grew up with you,’ And, and it’s cool.”

Their live show is also riddled with shirts-off moments that have been sending TikTok into feral-mode (watch the interview for Ross’ workout routine), multiple cowboy hats thrown on stage, covers of classics like Kings of Leon’s ‘Sex On Fire’… It’s quite literally a hot ticket not to be missed.

What’s clear is the Lynch brothers are here for a good time and a long time with their dance-fuelled record and celebratory mindset, and their Australian fans are eager to lap up some of that energy.

Catch our full chat below where we discuss how creativity infiltrated their sporty family, sibling competition, foot massages, lack of birthday presents, tattooing and more.