Irish band The Coronas have been around for over 15 years which has included five different studio albums and many stops around the world.

Their latest album, Trust the Wire, reached #1 on the Irish charts and the band has started to receive global acclaim and an ever growing fan base. On Sunday, the band was able to cross off one of the biggest items on the bucket list by playing a Lollapalooza main stage.

Lead singer Danny O’Reilly and bassist Graham Knox sat down with the AU Review’s Nathan McVay right after their Lollapalooza show to talk about how it went, the moment they found out they were playing Lolla, and their Australian tour in November.

Your show just wrapped up about an hour ago, how did it go?

Danny O’Reilly: It was amazing. It’s a great buzz. We have been here twice before just as fans, but it has been just amazing that we are playing it. But it went really well, sometimes when you play a show it is over before you know it, it just comes and goes. But we were on the live stream so I got to see a few clips and we have had friends from back home texting us from all over the world. It’s a great buzz, we really enjoyed it. 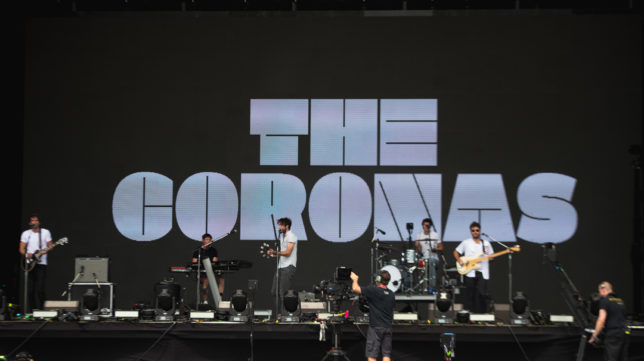 With a show this big, on this stage, is there a lot of pressure attached to it or do you just view it as a challenge?

Danny: I think since you don’t have a soundcheck, it’s not your own show it can be a bit nerve-wracking. You never know how many people are going to come early to see your show, but at the same time, playing at a festival like Lollapalooza is just amazing to be able to say you have played it.

Graham Knox: We are able to cross it off the bucket list!

Danny: Yeah, we have been talking about it for months. You already have gotten everything you need by being on the bill. The gig itself is almost like a bonus. Thankfully we got an amazing crowd and we really enjoyed it.

You guys got here early, have you been able to enjoy other music?

Graham: We got to watch Dua Lipa and Vampire Weekend.

Having attended Lollapalooza before, did you have any flashback moments looking out at the audience and thinking back to when you were out there in the crowd?

Graham: Oh yes, especially on the Bud Light Stage. Five years ago that was the stage we saw Phoenix, and Vampire Weekend, and The Strokes. We just stayed at that stage the whole time. To think we were playing that stage too, we were kind of like “Oh Christ!” 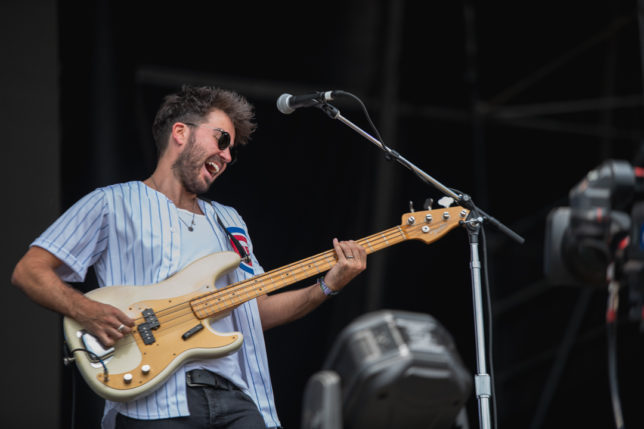 So you have the number one album in Ireland, and you have this big world tour planned to piggy back on that success. Are you in the mindset of this is the moment we blow up?

Danny: The last year we have been to America more than we have in our entire time as a band. It does feel like a new chapter here. Some real great, proper venues and there have been some really cool gigs. In the past when we have gone to Australia there have been a lot of ex-Pats, a lot of Irish who have moved over there and want to see us. But in the states we are really crossing over to a lot of Americans. We are almost being treated as a new band here, which is really exciting for us. Almost giving us a new lease on life and a new enthusiasm for coming over here. It does feel like something is starting.

Playing a festivallike Lollapalooza does it wet your appetite and make you want to play the Coachellas and Bonnaroos and others?

Danny: Oh yeah, big time, but Lolla has always been at the top of the list. We spent a summer here in Chicago in 2007. We were all living here in town and we got free tickets to Lollapalooza and it was just really really cool. Chicago is just amazing. We have been back a couple times and it’s just my favorite city in the States. This was the top of the list, I guess it’s all down hill from here. (laughs)

What was the moment like when you found out you were on the lineup?

Danny: It was almost disbelief. Our manager said it looks like we are going to get Lolla, and I said yeah right, I’ll believe it when I see it. Don’t tell us til it is 100 percent confirmed. And when it was we were all like REALLY!?!? We started getting texts from all of our friends that they were coming over here with us. And here we all are. It’s great! 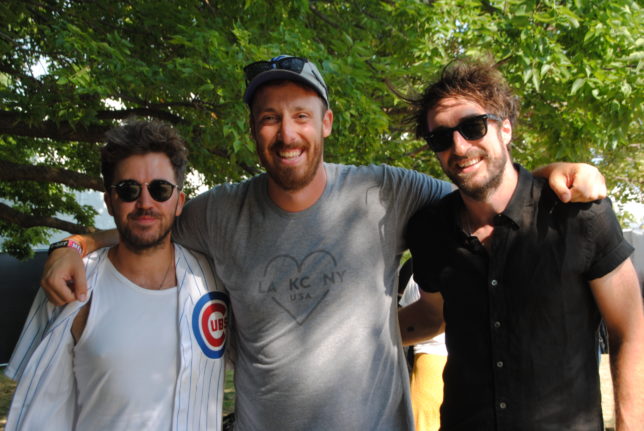 You are playing a few shows in Australia in November. Have you enjoyed your shows there in the past?

Danny: Absolutely! Amazing country to play. We have had some really great shows there. We are playing in Melbourne, Sydney and Perth in some real, proper venues. It’s really cool, we love going there, especially in November. Going to be the perfect time to get away from back home.

Do you feel like you any momentum over there?

Danny: Yeah we can feel in building there. Every time we got there we do a little more promo, some TV and radio, so it is breaking out of the ex-Pat scene. But we love going down under. It’s amazing.

The Coronas play Melbourne on November 22, Sydney November 23 and Perth November 24. Get more details on their official website.