Interview: Ryan & Jasmin of Mother Mother (Canada) on touring Europe for the first time in 8 years and “keeping the love alive” 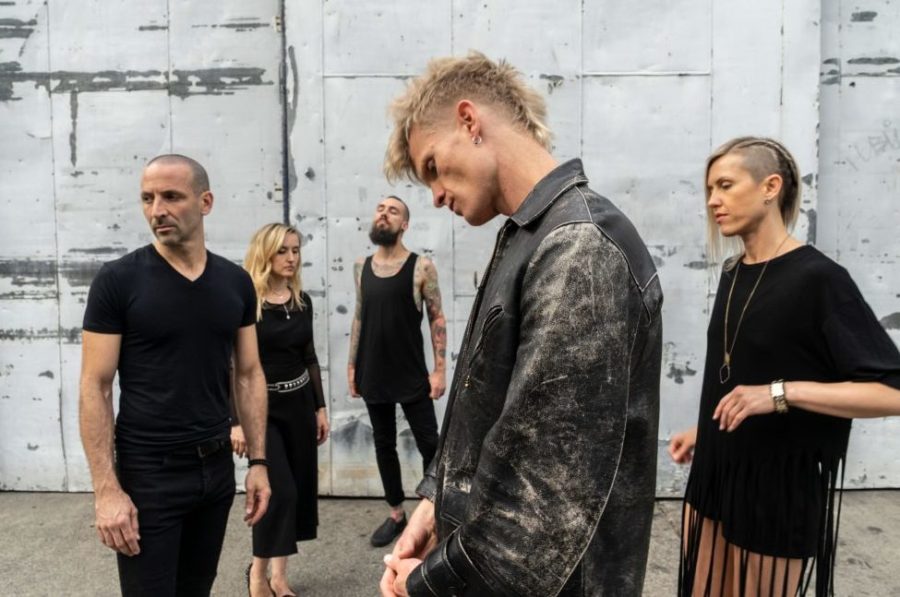 To those in North America, Mother Mother need little introduction. The Canadian group, over the course of 7 full length records and almost 15 years, have amassed a passionate fanbase in both the US and at home in Canada. But to those overseas, they’re still a relatively unknown outfit – largely due to the fact they haven’t tackled the markets. Their recent trip to Europe – which ended with appearances at The Great Escape Festival earlier this month – was their first to the region in some 8 years. And Australia has yet to enjoy a visit from the celebrated quintet.

While at The Great Escape, I sat down with lead singer Ryan Guldemond and keyboardist/vocalist Jasmin Parkin to talk about the tour – which saw the group play some of their most intimate shows in years – the release of their seventh record, Dance and Cry, which dropped at the end of last year, and “keeping the love alive”.

And we’re on the patio of Canada House at The Great Escape, where you just played your last official show of your European tour. How’s the last two weeks gone in this territory?

Ryan Guldemond: Quickly. Like a dream. Yeah. Very diverse, from Berlin, to Paris, to London, to Brighton. And that’s that. Yeah. Too quick. ​Too short. But very sweet.

How often have you guys come over here?

Ryan Guldemond:​ Well we used to come over a little more then we took a eight-year hiatus, and now we’re back.

Ryan Guldemond:​ Yeah, a little bit. But you have that clutch of super-fans that help you feel like it’s all not for nothing. But yeah, we’re kind of starting over, in a broad sense. But we have a label in France, Scorpio, that is on-board and a publicist and a radio team, so it feels like there’s a little more infrastructure this time around than there was. And you’ve kind of got to live for the day and the future and let go of what you didn’t get at in the past. Because I’m sure we have some regrets that we didn’t nurture this market more, over the last decade, but that’s just the way fate rolled out.

But if you had nurtured this market more, then maybe things wouldn’t have worked the way they had at home, so you know…

Ryan Guldemond:​ Or maybe, like, a piano had fallen on my head. Or anything could have happened.

Jasmin Parkin: ​True that. There is something nice though, about… It makes you kind of remember those days, that certain hungriness. Not that you lose it but you can kind of forget when you’re resting on the heels of some beautiful theatres and nice venues and thousands of people that are screaming your name. It brings you back to the roots of like, “Okay, let’s go out and get this.” In a good way.

Do these shows also give you the chance to focus more on the newer material? Since you don’t have the thousands of fans expecting the “old stuff”.

Ryan Guldemond:​ Sure. Well, when we play anywhere, we try to just play the best songs. And that usually pulls from all our albums. Yeah, they all find a way in there.

Because that’s one thing with the new record, I found. The first time I listened to it, I just felt like, “Damn, this is going to be really good live.” And the songs that you played off it were phenomenal tonight.

​I wonder how much thought now goes into that with you, when you’re writing, in terms of bringing something that is going to light up the stage?

Ryan Guldemond: ​It probably happens innately, you know, at this point. You can kind of feel, maybe, a song strain from your reach as a band. You might play it as you’re writing it and then you probably just quite naturally rein it back in and just keep it on-track with the essence of the band.

Ryan:​ Well, working with Ben is like working with another band mate. We’ve known him for a long time. We did (our fourth record) The Sticks with him. You don’t have to say so much when you’re communicating. You just know, which is a beautiful dynamic with a co-producer.

So you’re getting back home after this and what’s next for this kind of album-cycle? I know you did a tour already for it back home.

Ryan:​ Yeah. The festival season’s coming up, and we want to get back over here and just keep kicking the can and have fun doing it. That’s the most important thing. Just keep the love alive.

Yeah. Has that been a hard thing over the years at times, to keep that love alive?

Ryan:​ I think it’s been harder for others, but yeah, sure, at times. I think our valleys haven’t been too deep. And I feel like we’re past the worst of it. And that being said, we’re impenetrable because of it, having gone though what we’ve gone through.

I guess, just looking at the history of the band, it makes you all the stronger for it now.

Ryan: ​I think so, yeah. Like that slow steady climb. It builds muscle.

​Yeah. It builds a real career. Not the flash in the pan that so many become…

And so you’re going to be doing a few festivals and what’s beyond that?

Ryan: …so, we’ll see what the year suggests. We can kind of work on a six-month scope at a time. So hopefully this album has a long life-cycle. We would love to progress to a more international place, really. Yeah, there’s a lot of markets untapped.

Australia is certainly one of them.

Jasmin:​ Yeah. We would love to go to Australia.

Ryan:​ Asia. Anywhere that might accept us, we are willing to go.

Have you ever been to Australia?

Jasmin: ​Yeah. I was there for a year.

Jasmin: ​As a young buck.

You did the whole Canadian backpackers jaunt?

Ryan:​ And you made it out alive.

Jasmin: ​I did. I made it out alive. Thankfully.

I’d be a different band if not.

Ryan: ​It’d be a shittier band, that’s for sure, if Jasmin wasn’t in it.

Dance and Cry is available now. For more on Mother Mother, head to their official website.