Interview: Mimi Webb on ‘House On Fire’, fashion, firetrucks and her Australian tour 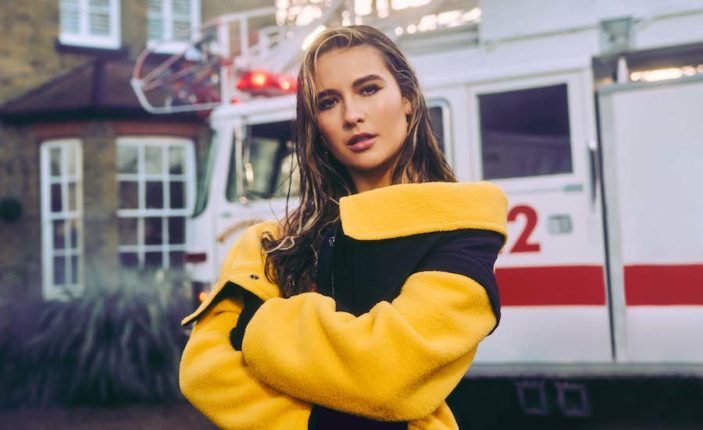 She’s the 21-year-old British protégé who spent her teenage years honing her vocal talents at the esteemed The BRIT School (past pupils including Adele, Jessie J, and Amy Winehouse), before turning to the juggernaut app to share her music as the pandemic hit.

Now amassing over 1.2M followers on the platform, she’s touring with Tate McRae, has locked in a support slot for Justin Bieber, as well as her own headline tour to Australia and New Zealand – it’s safe to say that Mimi Webb is on a fast trajectory to household fame.

“Going into the pandemic was so crazy because I definitely came out of the pandemic as a completely different artist… And I think being able to have that time where the world was paused, everything was paused, really helped me find myself as an artist and find how I wanted to be as an artist and how I wanted to release music, what I wanted my sound to be. So it’s just so crazy how much those two years in and out of lockdown really kind of built me up,” Mimi said of the transformative period.

From native app followers, to seeing her streams grow and now having it translate into real life audiences, the power of social media is not lost on Mimi.

She recently released her hugely popular hit ‘House On Fire‘, performing the single on the stages of US late night television and even having a vintage fire truck shipped to the UK for its music video.

The song is a cautionary tale disguised as a self-empowering anthem – as Mimi puts it, “It’s very tongue in cheek… and you know, it’s just basically something you wish you could just say to [your ex].”

Australian and New Zealand audiences will be able to chant the warnings of burning down an ex’s house with Mimi this June for her string of shows. But what is Mimi most looking forward to on her first trip down under? Some Aussie fish and chips!

Catch the full chat about Mimi’s rise to fame, her love of fashion and more on ‘House On Fire’ below:

‘House On Fire’ by Mimi Webb is OUT NOW.