Interview: Jazz by the Beach founder Catherine Summers praises local talent and talks about creating a festival that appeals to all 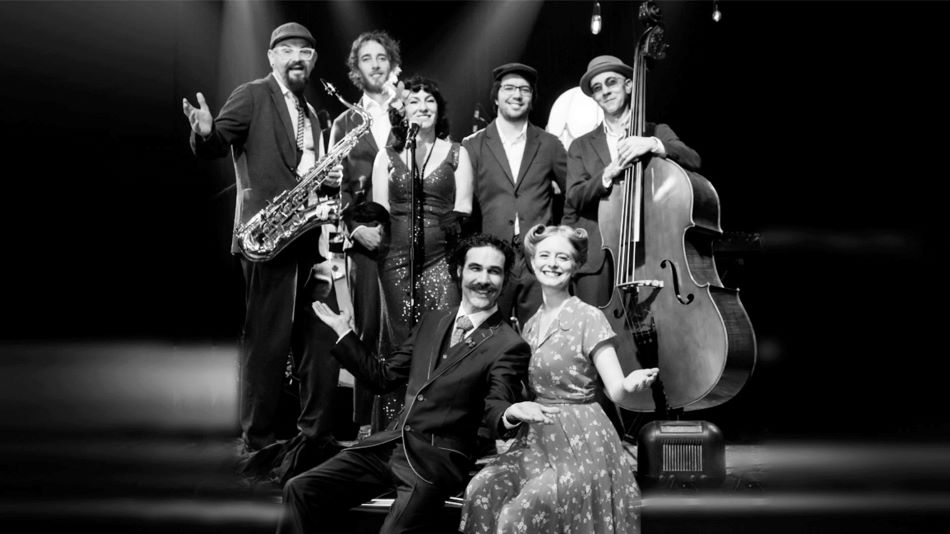 When you first hear the idea, it seems unusual – a beachside music festival in winter? But imagine you’re at a packed New Orleans-style bar, warming wintery cocktail or red wine in hand, listening to Frank Sinatra classics – suddenly it makes sense. Pair that with stunning views across the ocean and you’ve got the Jazz by the Beach festival in Scarborough.

Festival founder and director, Catherine Summers, describes the experience as ‘holing up at one of Scarborough’s cosy venues to enjoy an incredible jazz performance full of heat and sizzle’. She only began the festival last year, and quite by chance. There was demand for a jazz performance in Scarborough, and so Summers, being a successful jazz vocalist herself, agreed to do a show at the surf club. Another musician was interested in joining the lineup, then another, and it became a ‘rolling stone gathering moss’ which turned into a fully blown weekend-long festival.

Summers praised the other musicians’ enthusiasm for the event and marvelled at how lucky we are to have such world-class jazz musicians in Western Australia. According to her, our local jazz performers tour the world, but they always return home because they love our lifestyle. And Jazz by the Beach is all about showcasing this exceptional local talent. As Summers stated: ‘It’s not an international jazz festival, it’s a festival put on by a local musician, for local artists – for local people.’

This year’s festival is on the 27th and 28th of August and features a variety of acts throughout the weekend – with morning, afternoon, dinner, and late night performances. Summers explained that with most jazz festivals, attendees have to walk quite far from one venue to another, but with Jazz by the Beach there’s a ‘New Orleans French Quarter feel, with jazz spilling onto the streets’ from venues all around you.

The 2022 program features over 50 musicians performing across 10 venues, but they aren’t the sort of shows you usually catch in Perth. As Summers pointed out: it’s not the norm for a renowned, internationally touring trumpet player to casually accompany your morning coffee in a laneway tucked away behind the Sandbar. But The Ricki Malet Trio will be there at the Livid Skate Cafe from 9:30am until 11:30am on the Saturday. The performances at this festival are intimate. Playing in small venues and often without stages, the musicians are right there next to you – and when it’s a 9-piece band, that will be an enthralling experience.

Jazz by the Beach isn’t an exclusive jazz event, it’s for everyone, with shows for both the jazz aficionados and the newcomers. Summers recommends the Piano Trio Showcase at The Rendezvous lounge for anyone looking for more traditional, purely instrumental jazz. The lounge will be set up like an old fashioned jazz club, with award-winning jazz pianists Brodie Stewart and Russell Holmes performing.

The Swing Dance Workshop at the Saturday Markets is the most family-oriented event, with the dance lesson creating an interactive aspect that will encourage people of all ages to get involved. After the workshop, the Swingin’ at the Savoy six-piece band will play for two hours, giving the audience a chance to test out their new dance moves.

When asked what performance she’s most excited for, Summers is torn, but says the first of the Soul Sessions on the Sunday will be particularly impressive. Carrie Pereira and Joe Southwell are performing with just vocals and bass, which Summers says is very difficult and gives her ‘goosebumps just thinking about it’.

Summers believes that performing jazz is all about showcasing the amazing talents of the musicians and that a good vocalist acts as a bridge between the audience and the band. She said they ‘should complement the musicians and bring their music into an easily accessible language for people.’ At her own performances – the main one at the festival is the black tie Swinging Gatsby Jazz Soiree – Summers says she gives credit when there’s solos, explains how they’re going to perform the song, and talks the audience through the musicians’ contributions.

With this performance style, newcomers to the genre don’t need to be nervous about understanding the nuances of jazz. Each act at Jazz by the Beach will have an interactive, casual nature that makes the music accessible for everyone.

The Jazz by the Beach festival is a celebration of Western Australian jazz talent, born from the collective enthusiasm of local musicians who wanted to create a unique, winter-time jazz event. It’s an opportunity to dip your toe into the world of jazz, with some laid-back, cosy shows performed at beautiful beachside venues.

Jazz by the Beach runs from Saturday the 27th to Sunday the 28th of August, with performances at multiple venues around Scarborough Beach.

Further details can be found at the official website HERE