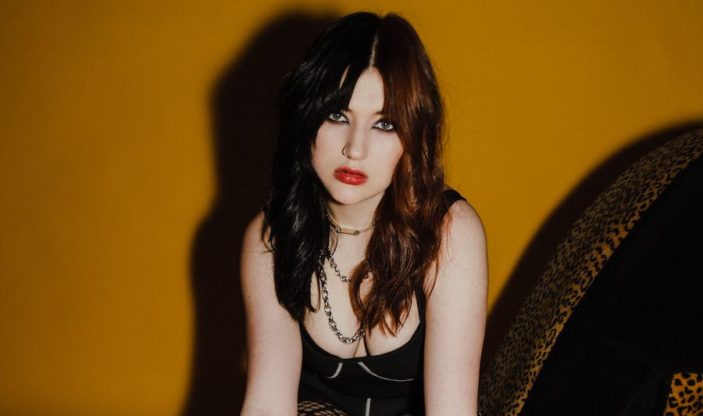 She boasts close to 33 million monthly listeners, almost one million TikTok followers and over one billion streams on her viral hit ‘abcdefu’. And she’s not even 18-years-old.

GAYLE is among the most popular internet music sensations of the past year, thanks to her playful angst-anthem that continues to dominate radio play and social media syncs.

But she’s now followed it up with an EP called a study of the human experience volume one, which details more facets of anger, from self-annoyance to betrayal to wanting to dive into love. It’s a mature offering from the breakthrough but that comes as no surprise from someone who’s been in writing rooms since the age of 10.

“When I was younger, there’s definitely difficulties that came with it due to lack of respect for me, or having like boundaries, putting me in a box more than anything. Being like, ‘You can’t sing about love, because you’re 10.’ And I was like ‘I get it, I get it. But if I want to sing about love and you should let me,'” GAYLE said of those early experiences.

Her ferocity and sense of self carries from in the room to onto the page, and is a gritty theme in her music that her audience latches on to.

But as a self-confessed ballad nut, she find delicacy at the end of the collection with a personal-favourite track, ‘kiddie pool’.

“‘kiddie pool’ is about the same person I wrote ‘abc’ about funnily enough, which I think is really ironic. And it was because I just loved him so much and I wanted to love him. And for ‘abc’ to even exists, like I had to love that person so much. I don’t want shallow from you, like I want all of you,” she said about the closing track.

“I have so many abandonment issues or like loving people is really difficult, because that means they matter to you, which means when they leave, it actually hurts. I can go into all of that, like in an hour and a half therapy session with you and not even get to like a fourth of the things I feel when I love people. And it’s so terrifying.”

To say GAYLE is wise beyond her years is an understatement, and also a testament to the depth of her debut EP. Hear more of her wisdom in the full chat below:

a study of the human experience volume one is OUT NOW