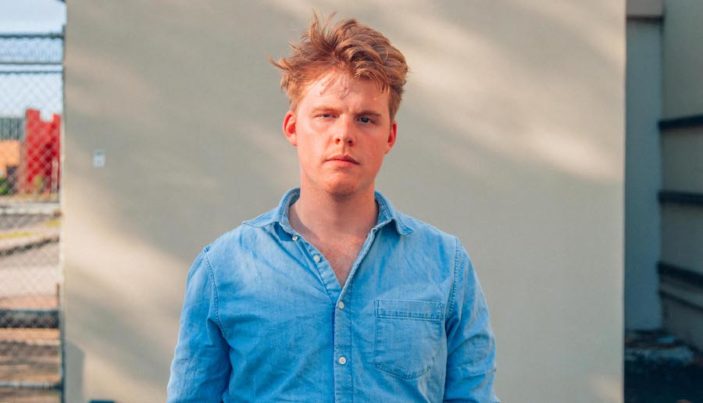 Fergus James already boasts a co-sign by Justin Timberlake, a stadium tour support slot for Ed Sheeran, opening the amphitheatre at Splendour In The Grass. Now he can add a sophomore EP to that resume, with the release of A Slow Separation.

A Slow Separation takes listeners through a reflective journey, tackling Fergus’ coming-of-age over the pandemic.

“My whole thing during this project has been looking at the world of music around me, and I think especially in pop music anyways, we’re at this point where the narrative is self-affirming, which is great,” Fergus told The AU Review.

“I kind of felt quite the opposite. And I think COVID kind of allowed me to like really hold a mirror to myself, and actually figure out who I am as a person and as an artist… It’s almost like a therapy session writing this record. Like I think I got a lot out of it and I figured out a lot more than I knew beforehand as a result.”

Fergus tracks his highs and lows since his 2019 debut EP All Of The Colours, testing his moral compass and realising not everyone is perfect while “figuring it all out”.

The next step for the Armidale-native is his run of solo shows along Australia’s east coast, kicking off later this month.

“At least when you’re on the stadium, you’ve got your in-ears in and you can’t really hear anything and people like will screaming at anything. Like I remember like the sound techs walking on and 10,000 people would like scream for it, you know what I mean?” said Fergus of touring with Ed Sheeran.

“But when they’re little like that, you can see people’s expressions. You can say people looking at phones if they’re a little bit bored, so there’s a lot going on right in your peripherals. So yeah, way harder in these intimate shows.”

With a history of loop-pedal performances and the inclusion of a vocoder in his new record, his A Slow Separation tour is sure to be anything but boring.

Check out our full conversation below!

A Slow Separation is OUT NOW!

Catch Fergus James on his A Slow Separation Tour: