Interview: EJ Worland talks No One Left To Blame and recording and working in America 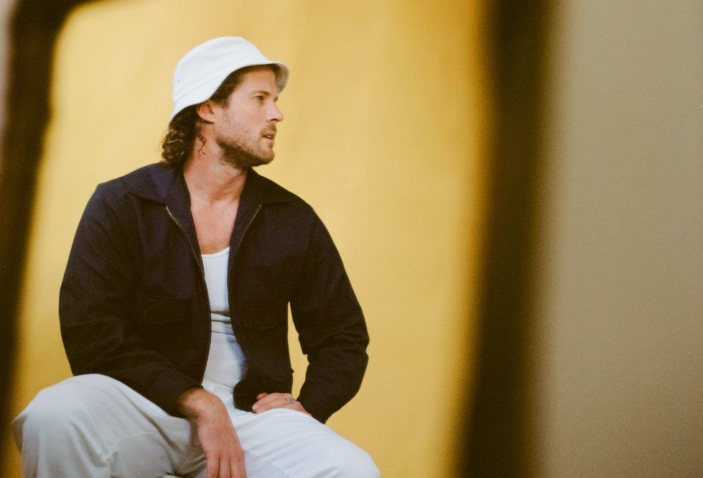 We’re big fans of EJ Worland here at the AU. His debut EP No One Left To Blame, which dropped earlier this month, was our Album of the Week. His single “Over The Pond” came in at 27 on our 40 Best Australian Tracks of 2020 too.

His is a sound firmly rooted in the sounds of 60s and 70s America. He’s got that Vintage American Soul thing going on. He might have, as we discover, thought he was going to be the next Jack Johnson when he was a teenager; but the EJ Worland of 2021 is carving out a career all of his own.

We caught up with him to chat about the EP, the experience of recording in LA, and what’s next for the singer-songwriter. So hit play on No One Left To Blame and read on:

Congratulations on the release of No One Left To Blame, was there an overarching theme at play when it came to putting the EP together?

Thank you so much. It took a long time to figure out exactly what direction I wanted to go in with this record. After playing in all sorts of bands over the last ten years in Sydney I was trying to find who I was as an artist. Not just sonically but what message I had to give.

After months and months of writing all sorts of music and going through many highs and lows I finally found a sound and a message that I completely feel at home with. The message is to take charge of my own life and to stop pointing fingers at other people; taking control and owning it. So if shit hits the fan there’s only one person to blame; and that’s me.

You recorded the EP in LA with Tony Buchen, how was that experience?

Working with Tony is always an amazing experience. I’d worked with Tony in a previous band back in Australia that I was in, so I knew going in this new direction and sound that I had complete faith in Tony to produce what I dreamt of in my head.

Tony has the ability to push me right to the edge. To get me thinking outside the box; and really leaning in to the artist within – that is sometimes very hard to find. Don’t get me wrong, there were moments where I could have exploded with frustration, but just when you think you’re about to crack there’s a break through of complete joy.

It’s something I didn’t take for granted that’s for sure; I enjoyed every single moment of it. From tracking live in 64 Sound in Highland Park with amazing musicians, to then witnessing strings being tracked at Valentine Studios in Laurel Canyon, these are experiences that I’ve only ever dreamt of and now they’ve become reality.

None of this would’ve happened without Tony so I’m forever grateful to not only have him produce this record but also to have him as a dear friend and mentor.

And how much would you say LA is reflected in the final product?

I would say LA played a major part in this final product for sure. Moving to America and making a solo record were two things I dreamt of doing my entire life. So to be able to do both of them at once was a daunting, challenging, but super exciting experience and something I’ll never forget.

Walking the streets of that city, you are always bound to run into some sort of interesting, far out situation and that’s why I think a lot of people do make the journey to the US and move to LA to really soak in all those incredible experiences. I know I did.

You’re Australian, but based in America, how would you compare recording, performing, working in the industry in the two countries?

I actually came back to Australia late last year to let the dust settle a bit over there as Covid completely took over that country. But once things start opening up again I’ll be back for sure.

But to answer your question how to compare working in the industry in the two countries is quite difficult. There are so many similarities but also so many differences. America is a huge country with a lot of people; but then Australia is a huge country physically with a small number of people. So I’ve taken the same approach in both countries.

In America, the direction I took was to try and pinpoint a market in that massive country that I thought would like my music and focus my energy on getting the music to them. It is very much a step by step process and learning as I’m going. In Australia I’ve done a similar thing. I contacted radio stations here that I thought would like the music and I’ve been very lucky that those stations have picked it up and started to play the songs. So at the moment it’s hard to really compare between two countries as I’ve really only just begun. Maybe come back to me in a year or so and I may have a different answer, haha.

The influence of that vintage American soul and rhythm & blues on your sound is undeniable. What was your introduction to that genre/sound?

Thank you so much; that’s so kind of you to say. I’ve loved this genre of music for as long as I can remember. When I started playing guitar I really fell in love with the Blues, Roots R&B and Soul genres.

I was like every other fourteen year old boy that grew up by the beach. Hair full of “sun in”, a puka shell necklace and a pair of “arnette swinger” sunnies thinking I was gonna be the next Jack Johnson.

But I think it wasn’t until I went to the Blues and Roots Festival in Byron Bay in my teens and witnessed artists like The Blind Boys of Alabama, Ben Harper, Buddy Guy, and India Arie that I got really into it.

What is it about the genre that draws you to it?

It’s definitely the voices that draw me in. The passion and the soul behind singers like Bill Withers, Marvin Gaye and Aretha Franklin is undeniable!

What’s the one tv show/film, book, work of art or album you’d recommend your fans check out to get a better idea of EJ Worland? And why?

I’ve got so many films / tv shows so I can’t pick one but I’ll trade it for a podcast if that’s cool?: Ain’t That Swell. I grew up on the coast of Australia with a lot of people that surf. Whilst living in America I missed home. This podcast reminded of all the “carry on” that happens in beach car parks. It’s a total laugh and I can’t get enough of the boys and their banter.

For books, Tools of Titans by Tim Ferriss and The Artist Way by Julia Cameron. For an album I’d have to say Bill Withers Live at Carnegie Hall. It’s the best performance and recording I’ve ever heard.

Do you have a favourite track from the EP to play live?

My favourite track to play life would be “Hard To Find”. I really enjoy the energy that’s involved and it’s one that you can really let free.

You’ll be launching the EP at Mary’s Underground on May 1st, can we expect to see more tour dates drop soon?

Yes, more shows for sure. I have one on May 15th up at the Eltham Hotel near Byron Bay. And then another show at the Factory Theatre in Sydney on May 29th. That’s for a charity fundraiser called Shake It Up, which is raising awareness and funds for Parkinson’s research. I’ll be playing with other amazing acts such as my gooood mate Caitlin Harnett and The Pony Boys, Green Buzzard, Georgia Lane, Aisling Young, Ian T. Mckelvey & the Midnight Tangos. Should be a craka!!

Finally, what’s next for you?

I’m getting ready to go back into the studio with Tony to record again, which will hopefully be in June. So I will have some new music out by the end of the year.

No One Left To Blame is out now. Listen to it HERE. Read our review of the album HERE. You can keep up to date with EJ Worland via Facebook, Twitter and Instagram.