Interview: bbno$ on ‘sophisticated’, Listen Out and eating steaks with Diplo 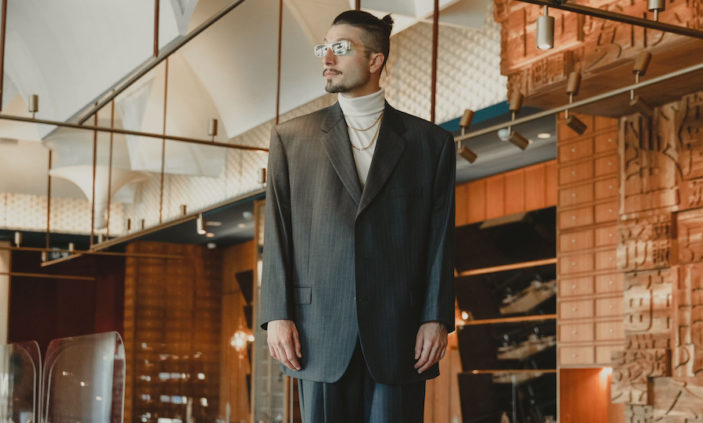 bbno$ (“Baby No Money”) is the Canadian rapper behind huge tracks like the TikTok viral ‘edamame’ with Rich Brian and ‘Lalala’ with Y2K, as well as his early collaboration EP with Yung Gravy called Baby Gravy.

Last year, he dropped his third LP, Eat Ya Veggies, revered for its playful word-smithing that sent him into the global stratosphere, amassing over 1 billion streams globally across all digital streaming platforms.

Following up his 2021 collection, bbno$ has dropped a string of successful singles, with his most recent offering being ‘sophisticated’ alongside the news of his next album bag or die out this October.

“It’s interesting, ’cause when I was shooting this music video [for ‘sophisticated’], a lot of the people working on my project are kind of just like interested in my music and they’re like, not necessarily fans, but they like it. And they were like, ‘Yo, this might be my favourite bbno$ song. Sounds like you’re actually talking about shit,’ And I’m like, man, I know,” he said of the single’s release.

The track also gives listeners a rare insight into his celebrity lifestyle, with tidbits pulled from real experiences.

“When I come in on the second verse, I say like, ‘I’m out in Malibu, eating wagyu wine and shit.’ And I was at a Diplo’s and he flew in… His neighbour is the owner of Sugarfish. He flew like, like 20 steaks from a mountain in Japan and it was like the most unbelievable snow beef, like wagyu,” he said.

“The owner of Sugarfish, is renowned for cooking steak, like the third best steak cooker in the world or some shit. And was giving us like this bottle of red that was unbelievable. I was like, ‘Man, this is the most outrageous dining experience I’ve ever had in my life.’ And I was like, I have to put that in the song.”

bbno$ is set to appear for the Listen Out festival circuit as well as his own sideshows that are notoriously rambunctious, packed with jumping and high energy.

All the way from his childhood bedroom in his parent’s Vancouver home, bbno$ talks further about the release, his brush with a pro swimming career, outrageous famous encounters and the song he thinks is “undeniably beautiful” that forced him to focus on the music.

For more information and tickets please visit Listen Out.