Interview: Azure Ryder on showing imperfection, manifestation and her Ladder To The Moon EP 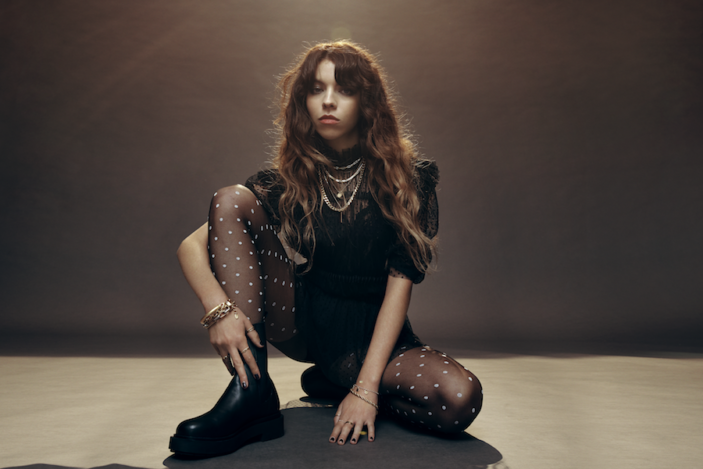 Azure Ryder launched onto the scene just 18 months ago with “Dizzy” – a track that earned her the most played spot on Triple J despite being previously unknown. That same year, she released two revered EPs Running with The Wolves and Crazy With The Light, while making her live show debut with sold-out shows at Sydney’s Oxford Art Factory.

With no sight of slowing down, her latest offering Ladder To The Moon is reaching similar heights. The first glimpse into the collection with “Some Kind Of Love” scored the same number one spot on Triple J’s rotation, with Azure also being showcased in evens from Zimmerman to Bangarra Dance Theatre.

This body of work has been her biggest gamble yet, creating most of the tracks pre-COVID with UK collaborators but sitting on them until they felt right to release. Azure was particularly nervous about the reception to “Wild Lights (Live From The Wolf Cabin)”, as it reveals a beautifully unpolished side to her artistry.

“The version I’ve released is literally the demo from the last half an hour, just before I left the on the train to go back to London,” she said. “I wasn’t in the best state, my voice was cracking. I was completely exhausted and depleted and I feel like that’s what you hear. And I was so scared of people hearing something that wasn’t a hundred percent.”

In fact, Azure re-recorded it a number of times to buff out the imperfections but found it lost its raw magic. So in reflecting on the piece and convinced it was perfect the way it was by her wider team, she’s treated her audience with a humanising version that reflects “giving as much love to the dark as we do the light”.

Check out the full chat below:

Ladder To The Moon EP is OUT NOW!