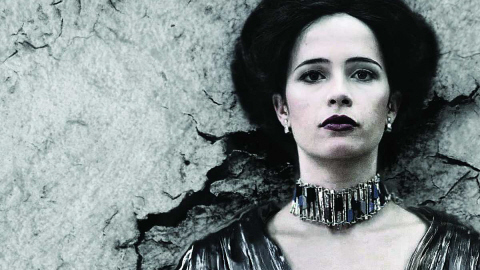 The Australian premiere of British playwright Howard Barker’s powerful story of the Israelite heroine, Judith, opens at the Bondi Pavilion Theatre on 18 October.

On the eve of an attack on her home town – her people due to be annihilated – Judith, a beautiful Jewish widow, sets off to seduce then slay the General of her enemy’s army. She passes the night in his tent and in the morning departs, taking with her: his head.

This brilliant three-hander is based on the Apocryphal story of Judith – a story regularly represented by artists (including Caravaggio, whose painting Judith Beheading Holofernes inspired Howard Barker).

In Barker’s potent retelling, Judith is unable to contain her feelings for herenemy despite the need for his death. Their encounter is one of the stage’s most complex power struggles between the sexes. As they perceive and deceive each other, the inherently terrifying nature of love is revealed with full force.

Director Cathy Hunt says, “This is a piece I’ve wanted to stage since I first came across it. Last year we spent two weeks inhabiting the highly charged world of this play: immersing ourselves in Barker’s incredible language, and exploring how to get at its intensity, working towards a rough reading for an audience of our friends. The response we received spurred producer Bec Allen and I to take it further.

“There aren’t many (or any) plays that explore this kind of territory. Yet it covers ground that obsesses us all. The chance to grapple with these ideas, and being part of the first Tamarama Rock Surfers’ season at The Bondi Pavilion Theatre, is a massive opportunity for our new theatre company.”

Howard Barker is a radical British dramatist whose work spans over 70 plays and 40years. Artistic Director of British theatre company The Wrestling School, he is best known for developing his “Theatre of Catastrophe”, which rejects the idea art should be instantly explicable. Rather he calls it an “irritant to consciousness like the grain of sand in the oyster’s gut.”

Barker describes his mission as developing a “conscience-free, speculative, tragic theatre speaking its own language …” He describes his greatest achievement as earning world-wide status without compromising his principles.

Barker’s plays are seldom performed in Australia – this is a rare chance.