Guttermouth and 28 Days to tour the East Coast in January. 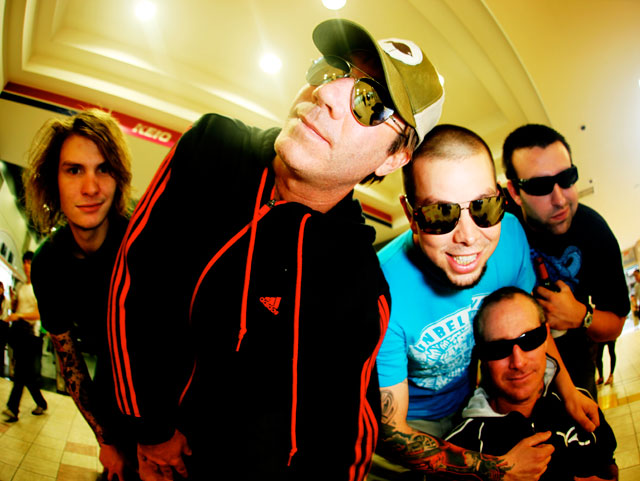 They concluded one of the longest Australian tours by any international act in 2010, now Guttermouth are returning to their second home to do an extended tour of the East Coast of Australia.

Straight out of Huntington Beach, California; Guttermouth have been stirring controversy for almost 25 years with few bands matching the intensity on stage and off. They have seen the rise and fall of many of their punk rock contemporaries, all the while managing to maintain their explicit in-your-face attitude all in the name of good fun. In 2010 they sold out shows all over Australia, Japan & even Thailand. In January they will drive all the way up the east coast again – starting in Geelong and making the journey all the way up to Cairns before jetting off to Japan & Europe as part of the biggest tour in their history.

On the Victorian leg of the tour comes a massive boost for punters in the return to the stage of Australian Punk Rock heavyweights, 28 DAYS. With a recent return to the studio, 28 Days have been hard at work getting an album together set for release in 2012. What better way to usher the new year in than by teaming up with Vans Warped Tour buddies of old, Guttermouth, to do three shows in their home state of Victoria?! The Guttermouth tour kicks off with 28 Days in Geelong at the National Hotel on Jan 18th, moving onto San Remo to play at The Westernport Hotel on the 19th and winding up at The Corner Hotel on Friday the 20th. Tickets available from oztix.com.au (The Nash, Geelong), moshtix.com.au (Westernport Hotel) and The Corner box office Monday 21st Nov.

“With great notoriety comes great expectation and Guttermouth lived up to everything Punk Rock should be and more.” – from the AU review | Guttermouth @ Rosemount Hotel, Perth. 2010

“…the band put on arguably one of the best performances they’ve ever done in this country…” – FasterLouder | Guttermouth @ The Hifi, Brisbane. 2009