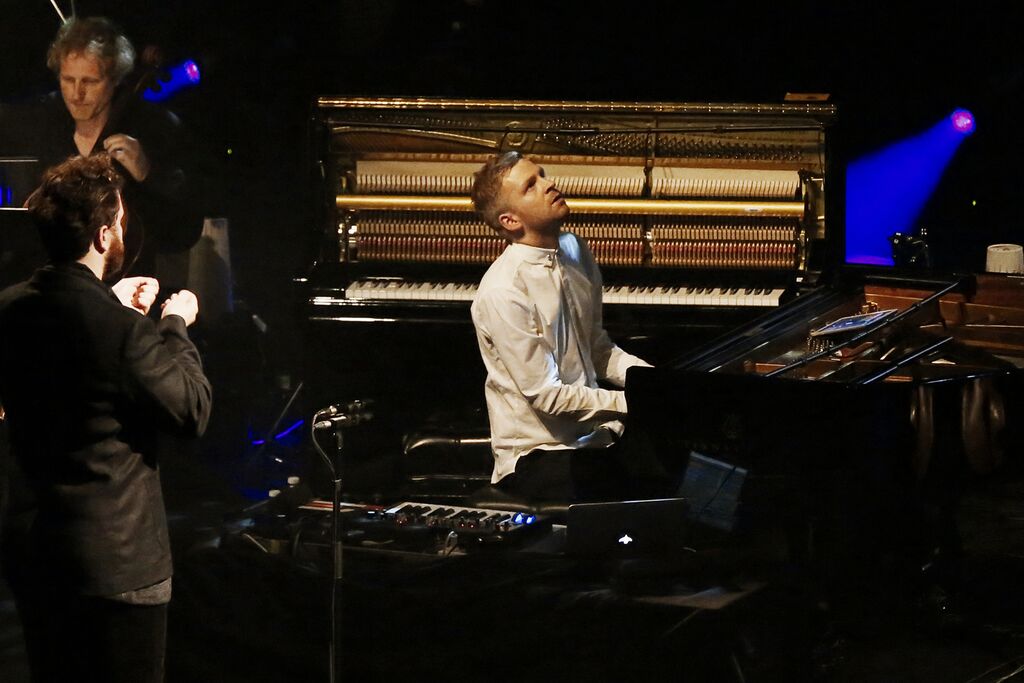 One of the most anticipated musical events at the Sydney Opera House this weekend arrived as part of the House’s GRAPHIC Festival, featuring acclaimed Icelandic pianist Ólafur Arnalds, accompanied by a 15 piece Orchestra and special graphics commissioned specifically for the event, produced by Máni M. Sigfússon.

On hand to conduct the 15 piece Sydney Chamber Orchestra (originally billed as only a 13 piece! Bonus!) was Viktor Orri Árnason, who helped flesh out Arnald’s minimalist music in stunning fashion. This focused primarily on the strings – of which 8 musicians were allocated – thought woodwind and brass were added to the mix too. From the opening notes, the music was intoxicating, as Arnald – who jumped between two beautiful pianos and added some pre-recorded elements where needed – “ticked the venue off his bucket list”, told a few stories and delivered a stunning 80-or-so minute set. Not knowing his music well enough to, say, immediately recognise the name of a song unless he told us it (with the exception of “Ljósið”, perhaps), the main set felt like it was made up of roughly six songs – but this relies purely on the space for applause. There may have been two songs positioned together, so please allow some room for error here. However, it’s fair to say these were rather long arrangements. But they were beautiful ones.

Sigfússon’s graphics, which were a big selling point for the event – being a part of GRAPHIC Festival and all – were a bit of a let down. Though articulated as an exclusive commission, many of the graphics felt like the material used for For Now I Am Winter, repackaged with a new filter and some minor effects. Oceans, clouds, eclipsed moons, a dancing man, a burning wreckage – these were the sorts of images that sat on screen as the music was played; a graphic approach that was decidely minimalist, matching its source material.

The set, which Arnalds said would be his final show for some time, was stated as an opportunity to say goodbye to a lot of his music from the past, before looking ahead to new material. As such, the night was full of a mix of tracks which seemed to represent his discography to now – with tracks from Living Room Songs and For Now I Am Winter littering the setlist. “Poland” (a track Arnald said “was proof you didn’t need to be heartbroken to write a sad song, reflecting on a time he was basically feeling car sick and/or hungover in Poland) proved a particular highlight – as did the main set closer, which I believe was “Near Light”, providing some of the night’s most impressive arrangements.

Ólafur returned for a two song encore, with some of his shorter tracks squeezed in – First came “Ljósið”, a song he originally wrote for a commercial for bathtubs but, after it wasn’t used, released as one of his own tracks. It has since become one of his most popular numbers, though he mentioned this would likely be the last time he would play the song live – even if it was the first time he had played it with this arrangement. 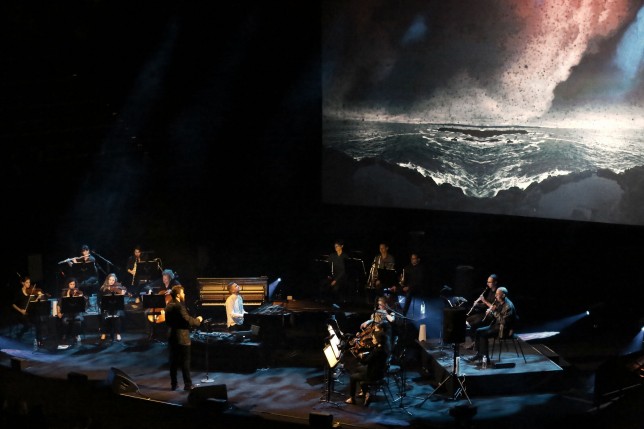 At the end of this number, the orchestra left the stage and to end the night we were left with Arnalds performing by himself on the piano; the beautiful “Lag Fyrir Ömmu” (Song For Grandma) closing out the night, as he enjoyed a Whiskey, took his final bow – for what will be his final gig for some time – and left the stage.

Anyone who knows Arnald’s music would have gotten exactly what they expected – a beautiful, minimalist offering, well articulated by Viktor Orri Árnason’s Orchestral arrangements. I was personally hoping to see more in the Graphic department – though its fair to say that its own minamlism matched the music on offer. Even the lights on the stage seemed perfect for his musical approach – as did the orchestra’s symmetrical arrangement. I just would have liked to have seen something a bit more unique for the event. But it’s a minor critical comment for what was otherwise a consistently beautiful and often hypnotising evening.

GRAPHIC Festival is being held at the Sydney Opera House until tonight. Head HERE for more details about the event.