Denver’s newest festival Grandoozy kicked into gear on Saturday with a packed lineup that was filled with a little something for everyone. Florence + The Machine headlined the night but was joined by the biggest names in Country and up and coming hip hop stars. 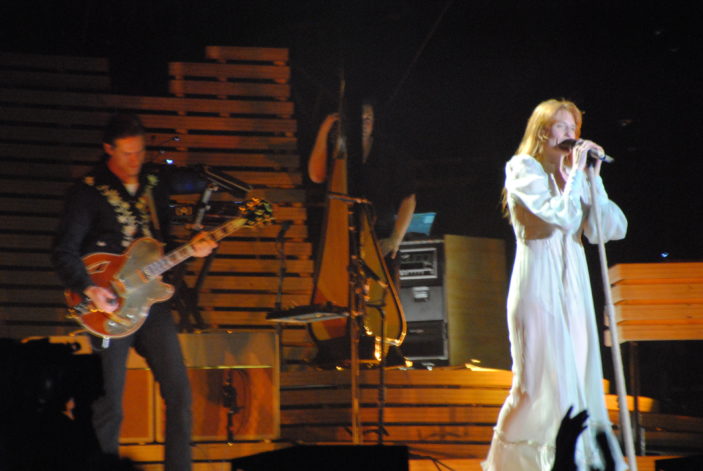 Florence Welch has always been a force on stage. The best thing about her besides her voice is her vulnerability and honesty on stage. Her lyrics serve as confessions of her troubled life, and darker times, so her shows become therapy sessions. On Saturday Night, Florence ran through her many classic hits but also touched on several of her new songs from her latest album. She exhibited incredible talent, but also a real gratitude towards the audience. She thanked her fans that have been her from the beginning and apologized to the newer ones who missed her when she was “drunk and yelling.”

The show was outstanding, with a beautiful set and 75 minutes of great songs, energy and fun. During “What Kind of Man,” Florence ran into the crowd and embraced as many fans as possible. Her show was definitely the most fun on this Grandoozy Saturday and she by far was the most lovable person to grace Denver. 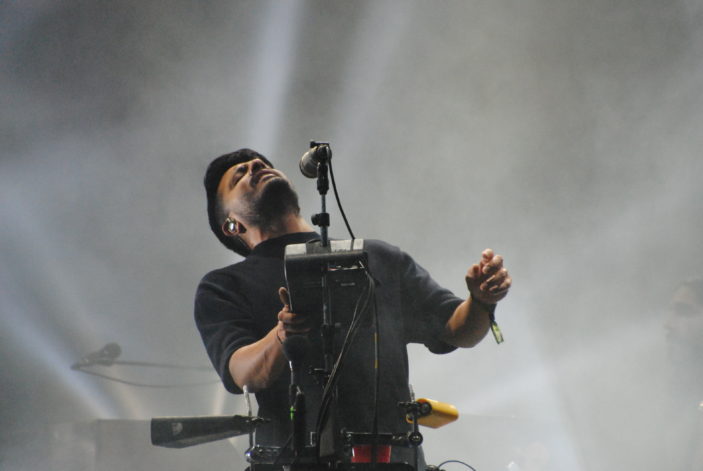 Just go ahead and find an award to give lead singer, Sameer Gadhia. I have been a fan of their music for many years but never had the chance to see them live. I never could have expected what came Saturday night. Gadhia is a revelation, both vocally and physically. He brings their incredible music to life and lays layers on them that take them to another level.

Their music has grown greatly with their last two albums but their flow from “Something to Believe In” to “Cough Syrup” and their latest single “Simplify” create a wonderful track of the evolution of a great great band.

This was definitely my favorite set of the festival. 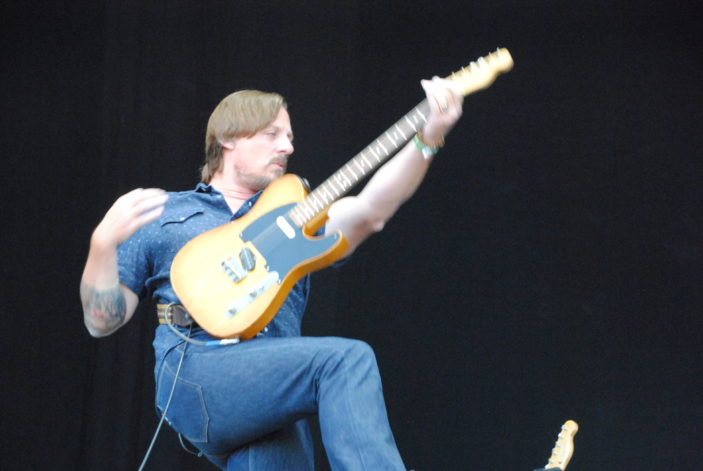 It felt incredibly appropriate to be catching a Sturgill Simpson show in Denver, Colorado. With the back drop of the Rocky Mountains it was hard not to feel John Denver there in spirit. Simpson is simply the best thing that country music has to offer. The authenticity of the music, the incredible talent of the band and his smooth voice just present such an amazing jam session. If there were more country artists like Sturgill I would be a much much bigger country music fan.

The Atlanta rapper/singer 6LACK dropped his much anticipated second album yesterday and took the Denver stage today. Ignoring the request of his doctor’s to go on vocal rest, 6LACK showed off his incredible voice and really had a great mid afternoon set. Karl Denson’s Tiny Universe was a groovy, good time to start the time. The incredible saxophonist embraced the impressive crowd and definitely paved the way for a wonderful Saturday. Snow the Product definitely had the most crowd involvement of the day, bringing on nearly 10 women from the crowd to serve as background dancers and then finally she crowd surfed not once but twice. The final ten minutes of her set might have been the most entertaining and fun of the entire day. 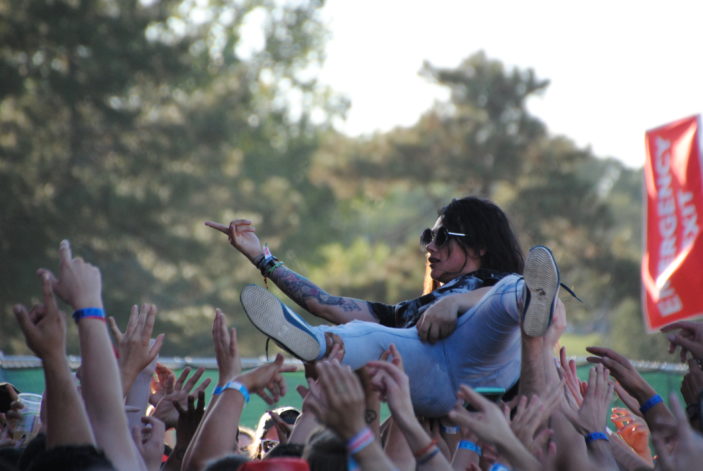 On Sunday Grandoozy closes with Stevie Wonder, The Chainsmokers, St. Vincent, Logic and more. Stay tuned to the AU for all the coverage!