Gotye & Adele maintain their hold on the ARIA Charts 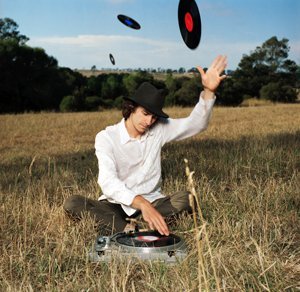 Gotye achieves a fourth consecutive week at the ARIA Singles Chart summit, with his stunning track “Somebody That I Used To Know” featuring Kimbra. The single maintains extraordinary sales, rating as the third-highest individual sales week of the year so far, and achieving Gold status two weeks running. Adele’s “21” returns to the top of the ARIA Album Chart for a third installment and sixteenth non-consecutive week in prime position.

The upper echelons of the ARIA Album Chart experiences a shake-up this week, with album debuts accounting for three of the top five chart entries. The highest of these comes from American rockers Red Hot Chili Peppers, who claim an impressive No.2 debut with “I’m With You”, a strong follow-up to the band’s 2006 release and fifth Australian No.1 record, “Stadium Arcadium”. Despite dropping to No.3 this week, Gotye’s mesmerizing “Making Mirrors” is not far behind first position in terms of sales, in its second week on the chart. “Nothing But The Beat” from French DJ David Guetta comes in at No.4, equaling the peak position of his 2009 record “One Love”. Rounding out the top 5 in fifth position is homegrown rock legends Icehouse, with their best-of collection “White Heat: 30 Hits”. This notable debut gives the band their second top 20 album of the year, following “Icehouse – 30th Anniversary Edition” which hit 14th position in May, and first top 10 entry since “Code Blue” which reached No.7 in late 1990. “Great Southern Land” remains the band’s greatest achievement to date, hitting third position on the ARIA Album Chart in 1989.

In further ARIA Album Chart news, “The R.E.D. Album” from US hip-hop artist Game swoops into 12th position on debut, with Indigenous artist Geoffrey Gurrumul Yunupingu’s acclaimed “Rrakala” racing up nine spots to No.14. The Herd’s “Future Shade” claims a No.22 debut, followed by Motley Crue’s “Greatest Hits” which enters the chart in 30th position. “Hands All Over” from Maroon 5 returns to the top 40 this week, taking on 33rd position, as No.35 on the chart is engaged by the debut of Celtic Thunder’s “It’s Entertainment”.

Over on the ARIA Singles Chart, Maroon 5’s “Moves Like Jagger” holds at No.2 for the sixth week running, mirroring Pitbull’s May release “Give Me Anything” which spent six weeks in runner-up position. “Titanium” from David Guetta featuring Sia blasts five spots to No.5, as Rihanna’s “Cheers (Drink To That)” also jumps five spots to No.8 to give the singer her fifteenth Australian top 10 single overall and third this year following February’s chart-topper “S&M” and the No.4 hit “California King Bed”. “I Need A Dollar” from Aloe Blacc races up five spots to No.11. Lady Gaga’s “You And I” rockets up from 21 to 14, and “You Make Me Feel” from Cobra Starship featuring Sabi climbs five spots to 15th position. David Guetta’s “Without You” featuring Usher enters at No.25 this week, with further ARIA Singles Chart debuts coming from Florence + The Machine with “What The Water Gave Me”, Calvin Harris’ “Feel So Close”, David Guetta’s “Turn Me On” featuring Nicki Minaj and Foster The People’s “Pumped Up Kicks” at No.35, 36, 37 and 38 respectively.

1. Gotye Feat. Kimbra “Somebody That I Used To Know”
2. Maroon 5 Feat. Christina Aguilera “Moves Like Jagger”
3. Adele “Someone Like You”
4. Jason Derulo “It Girl”
5. David Guetta Feat. Sia “Titanium”