Get ready for An Exclusive Evening with Robbie Williams 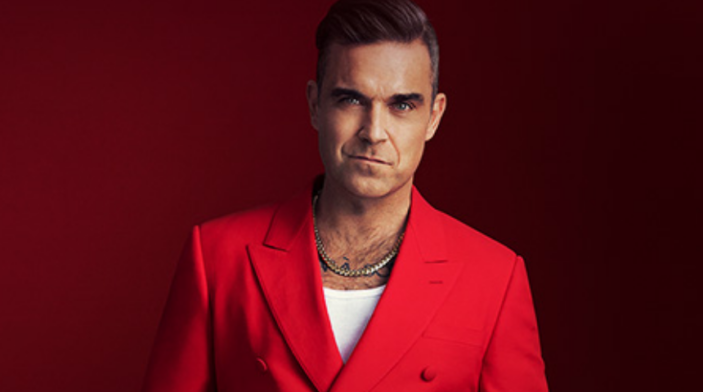 Robbie Williams returns to Melbourne next month with an exclusive evening at Rod Laver Arena on the April 30th.

With Williams heading to Australia to film his upcoming biopic Better Man, the night is set to feature more than just his incredible back catalogue. Frontier Touring and Chugg Entertainment are presenting the special event, set to include a 60-minute Greatest Hits live show as well as an interview with Australian media personality Richard Wilkins about the upcoming film. There will also be a guest appearance from a spokesperson from the set of Better Man.

The project is one of the largest movies to be filmed in Victoria and is set to create around 2200 local jobs. Williams is excited to come back to Melbourne for the first time since his Heavy Entertainment Show back in 2018, saying:

“I couldn’t be more excited to be staging this very special, exclusive, never-to-be-repeated night in Melbourne in April. I genuinely love being in Australia, so it’s only fitting that I’m shooting the Better Man movie there. I’m delighted to be hosting this unique evening with my Victorian fans, where I’ll be performing a set as well as sharing some exclusive insights into the movie.”

And be sure to dust off your choker necklace, denim overalls and mini backpack, and don your 90s best, as select scenes from the evening will be included in the upcoming film. Even more motivation to sing and dance along to Williams’ huge catalogue of hits, including “Rock DJ”, “Angels”, “Let Me Entertain You” and “Better Man”!