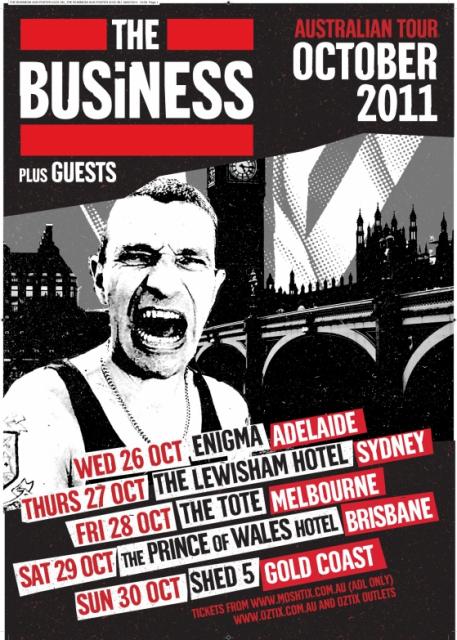 Led by the inimitable Micky Fitz for three decades, ‘TheBusiness’ were first seen on Antipodean shores in 2009 as the under-card act of an international street punk double bill. The result was an undisputable six – nil victory in their favour. To say they impressed with their powerful and honest live performances is DEFINITELY an understatement. The time has now come for ‘TheBusiness’ to bring their world-class live shows on a headline tour of Australia and New Zealand.

Tickets for all shows are well priced and are on sale now. They WILL sell fast, so get in early to make sure you don’t miss the street punk event of the year.