Folk Alliance International 2020: “It’s a war of attrition, but everyone seems to make it.” 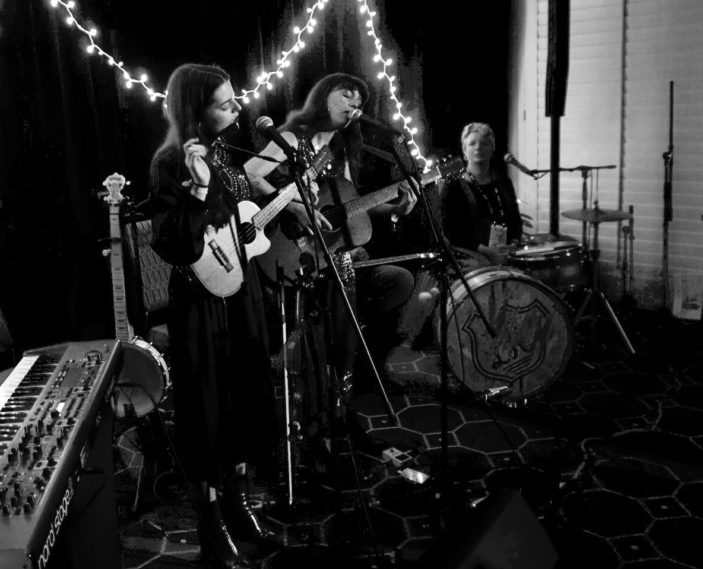 There are music festivals (think Laneway). There are conferences with a showcase festival that runs alongside it (think BIGSOUND). And then there are events that are in a class of their own. There’s SXSW in Austin, Texas – an event that is at such a large magnitude, there’s no way to describe it but to recommend you go and experience it yourself. Anyone who’s been to Burning Man says the same thing. And then there’s Folk Alliance International (FAI), the world’s largest annual gathering of the folk music industry, that has been running for 32 years.

Starting within a Summer Camp (Camp Hess Kramer) in Malibu, California in 1989, the event moved to Philadelphia and a Howard Johnson hotel the next year, and they’ve been using hotels ever since. And it’s here we find what makes this festival unlike any other: the whole event takes place within the floors and rooms of a single hotel. Rooms usually built for two are packed full of music fans and industry from all over the world, to see artists perform in intimate settings. I mean real intimate.

Here I am sitting in “The Gin Room” at the latest FAI – a hotel room that offered free gin – laying on a bed and witnessing the beautiful sounds of one of Ireland’s best exports right now, Joshua Burnside. 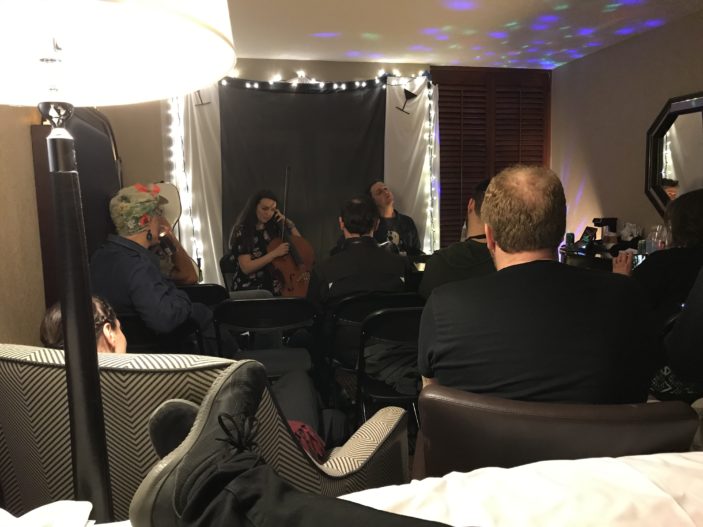 Beds weren’t found in all the rooms, so it was quite a treat when you had the opportunity to jump on one. After all, these were nights that ran over multiple floors, until 3am each night. You needed every opportunity you had to rest your legs. And also to drink your gin.

As Aussie artist Nigel Wearne commented in another such room on the last night of the festival, after three sleepless days and nights; “It’s a war of attrition, but everyone seems to make it.” He then delved into his track “8 Minutes”, about the end of the world.

The hotel rooms were the home of what they called the “Private Showcases” which started at around 10.30pm, after the official showcases, that ran in the larger conference rooms.

The private showcases – where most of the nightly magic would happen – took over hotel rooms large and small, with a number of suites being used by organisations like Music Ontario and Sounds Australia. Sets could be anywhere from 10 minutes to 45 minutes, and you’d see a large myriad of setups, from solo acoustic, to ten piece jam bands – and everything in between. And as with any Folk Festival, there were a tonne of In The Round sessions throughout the hotel each night. In the image at the top of the article, Charm of Finches can be seen performing alongside Hat Fitz and Cara in one such event put on in the suite run by Sounds Australia.

This year, all the above action was happening in New Orleans, Louisiana for the first time, after a stint in Montreal in 2019, and a five year run in Kansas City, Missouri, which became the home of the festival after more than two decades of moving from city to city. It will return there next February, which is the month the event is normally held, but this year, due to the host city’s upcoming Mardi Gras festivities, they had to push it earlier – and it was held from the 22nd to the 26th of January.

Since 1994, the event has had an annual theme, with “The Story of People and Place” being the theme this year, which also saw the event run alongside the International Indigenous Music Summit (IIMS), carrying on the theme of the conference by celebrating the historic and ongoing contribution of Indigenous music to art and culture worldwide, through keynotes, breakout sessions and showcases. They were some powerful rooms to be a part of; one that I felt privileged to be welcomed into and hear from some incredible minds and talents. 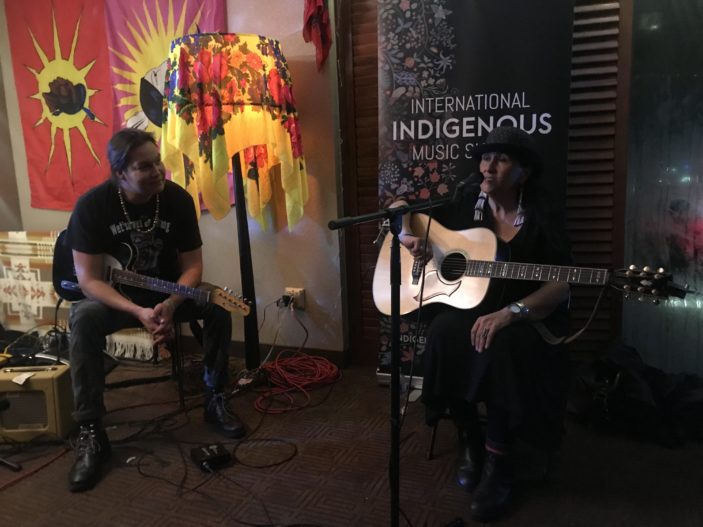 Australia’s own Dobby perhaps put it best, when he said, “we’re here to amplify the voices that matter most” at the Saturday night Indigenous music event. I feel that represented the experience at the whole event. Guatemalan artist Doctor Nativo also played that showcase, and he and his band provided such a fun time combining trombone with a variety of percussive and string instruments that would be perfect for any folk or blues fest in the world.

There were truly incredible acts from all over the world at the festival. Maine-duo Oshima Brothers reminded me of the Milk Carton Kids. They had beautiful vocals and harmonies with guitars (acoustic & electric) and a bit of keys and violin. “These Cold Nights” was a highlight of their set, closing things out with loops to create a harmony of six.

British outfit Rusty Shackle was another highlight, who were doing a folk rock “Praise You” Fatboy Slim cover, which they were mixing in with “Honey” by Moby – it was delicious fun in the British Underground Room; one of those moments where you walked past a room and the music literally pulled you inside and made you

There was so much of that over the week, and having spent a lot of time with the Australians, I witnessed a lot of spontaneous collabs like Hussy hicks and Áine Tyrrell performing together, and Dobby jumping up with This Way North.

There was also plenty of talk about the bushfires amongst the Australians, in a city that has had its fair share of natural disasters. Hat Fitz and Cara talked about it quite a few times during the week, with their song “Step Up” which is basically saying “I’ve got your back”. This is the other thing worth mentioning – artists were hard at work during the week, sometimes playing four shows or more in the one night – and our own Aussie acts were no exception.

Of the Australian bands playing I felt like I should have heard of, Saije sat at the top of that list. Stunning harmonies, great instrumentation and lyrics, they won every room they stepped into, playing tracks off their new EP Kindred.

In addition to all of the above activities (but wait – there’s more!), the event also hosts its own awards – the International Folk Music Awards – whose winners included Patty Griffin, who took home Folk Album of the Year for her Self-Titled LP, while last year’s winner, Mavis Staples, was amongst the speakers at the conference.

As it came to an end, one local volunteer for the festival (who also runs a local music walking tour) told me she wishes it was in NOLA every year. I can understand why; there’s truly no event or experience like it, and it captured the spirit of the city beautifully, even though it was coming here after 31 years on other playing fields.

Next year the event returns to its current home city, Kansas City, Missouri – home of this year’s Super Bowl Champions, the Chiefs – where it will remain for the next two years at least. The 33rd annual event will be held from the 17th to the 21st of February, 2021, with the theme of “Living Traditions”

For more details about the conference, head to folk.org.

While in New Orleans, we stayed at the Holiday Inn Chateau Lemoyne, and the Ace Hotel New Orleans – both within 10 minutes walk of the host venue, the Sheraton New Orleans.