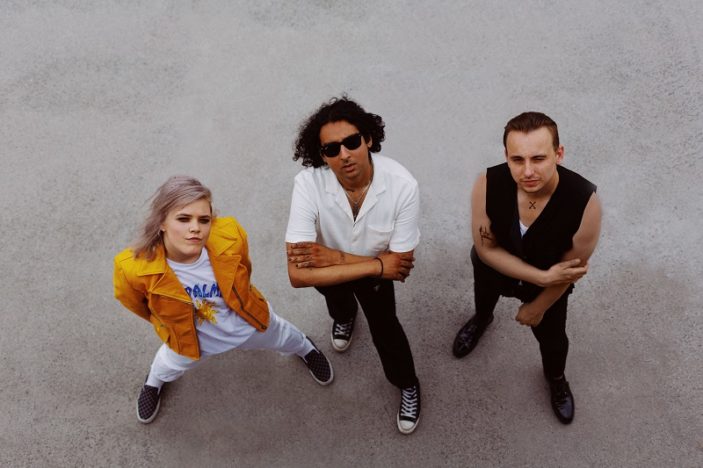 Fronted by the enigmatic Fee, West London indie rockers Bloxx have been on quite the roll leading up to their debut album Lie Out Loud. That continues with the release of third single “Off My Mind”, a stadium-sized earworm perfectly highlighting those strong pop sensibilities fast making them one of the most exciting UK bands out.

Although they’re quite modest about it. The AU Review caught up with Bloxx recently to get an idea of some of the most exciting British bands rising up in 2020. They’re selling themselves short by not including themselves on the list, but have put us onto then next crop of artists and bands who should easily be putting the Brits back in the consciousness of music fans the world over.

This 19-year-old British singer and poet has already turned heads with single “Black Dog”, which is about helping a friend navigate depression and reaches deep with its unflinching honesty.

Lucy Rose isn’t exactly new to music fans across the globe, but her work has never sounded sharper or more pure than what she has been putting out lately.

This London-based six-piece band just released one of the best UK albums of 2020, dripping with charisma and a flexible sound that’s tied together with a flair for dramatic songwriting.

Punk takes centre stage with Dream Wife, clashing Karen-O with The Sugarcubes regularly but forming something entirely their own.

Raw, lo-fi and infectiously playful, Connie Constance’s new material showcases the artist’s boundless creativity and knack for morphing out of her initial label as an R&B songstress.