Five Australian country music artists you should be watching in 2019 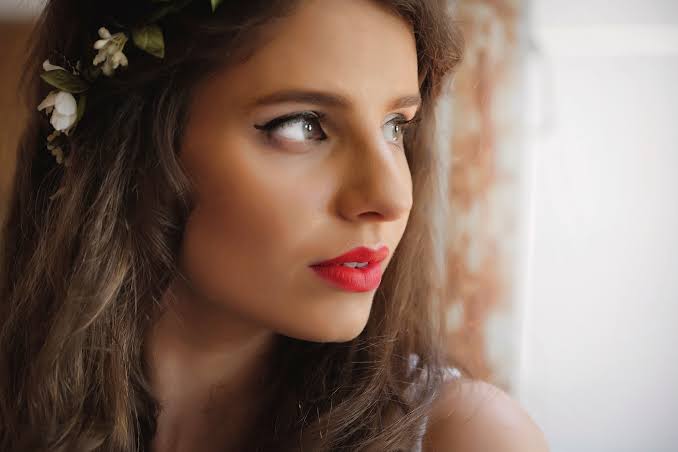 Country has long been a dirty word in the Australian music industry. That iconic image of a grizzled, cowboy hat-wearing, man strumming away on his banjo and singing about the bush is a thing of the past. But the genre is changing, albeit a little sexy, with home-grown artists Keith Urban and Morgan Evans, as well as International artists like Sam Hunt and Taylor Swift, dominating commercial radio and challenging the genre stereotypes.

Chairman of the Country Music Association of Australia (CMAA), Dan Biddle said all artists involved in the Toyota Golden Guitar Awards are a testament to the success of the country music industry in Australia.

“One of the most exciting aspects of the country music industry right now is that we have an incredibly strong field of both emerging and established artists who are making their mark on the world. Whether you’re a fan of Alt Country, Contemporary Country or Traditional Country styles there is something for everyone and the music coming out of Australia is world-class.”

We take a look at the nominees for QANTAS New Talent of the Year who are leading the way for country music diversity in the 21st century.

When Brad Cox was crowned the Toyota Star Maker Winner of 2018, it was clear he was destined for big things. A talented singer and songwriter, Cox grew up in rural Jindabyne, near the Snowy Mountains. Supporting Adam Eckersley and Brooke McClymont (of the McClymonts) for the west coast leg of their 2018 The Highway Sky Tour and American artist Randy Houser, he followed with his own sold out debut album tour and ended the year touring alongside Carl the Bartender around North Queensland. His debut, country-rock, self-titled album is also nominated for Contemporary Country Album of the Year.

It’s difficult to describe Tori Forsyth’s music. Her 2016 five-track EP Blackbird was a dark moody take on country folk music. But her debut album Dawn of the Dark (produced by Shane Nicholson), released last year, has touches of Americana, alternative sounds with folk influences. Still, that doesn’t even come close to describing it. Uniqueness is her brand, and that’s something that comes through in her song-writing and must be experienced live to fully understand.

Imogen Clark is another alt-country/Americana artist whose music is difficult to explain. Although largely different to Forsyth’s, Clark was raised on rock and folk music which explains her sound. She recently released her second album, Collide, produced by Mark Lizotte/Diesel whom she extensively toured with last year. She also supported Shane Nicholson and recorded backing vocals on his award-winning album, Love & Blood. She also co-wrote two songs on Kasey Chambers’ ARIA Award and Golden Guitar winning #1 album, Dragonfly.

Judah Kelly was crowned the winner of the 2017 season of The Voice, and it’s easy to hear why. Music has always been part of Kelly’s life, performing at home and church from a young age, and then having worked for years for others as a live and studio guitarist and bass player. With influences in rhythm and blues, he describes his music as “country with soul”. His first single and title track ‘Real Good Time’ highlight his range and rich tone, and was well received by industry and fans alike. He will continue to support Adam Harvey on tour of his 10th studio album The Nashville Tapes in 2019.

Male Artist of the Year nominee, Andrew Swift (no relation to Taylor, he swears, he even sells t-shirts proclaiming it) hails from Berwick in Melbourne. Another falling in the alt-country and Americana category, his recently released second album Call out for the Cavalry is nominated for Alt Country Album of the Year, with its fourth single ‘Fire & Ice’ with Catherine Britt (who is also nominated for her project with the Cold Cold Hearts) nominated for Regional Australia Bank Vocal Collaboration of the Year. The 2017 Toyota Star Maker grand finalist recently completed his East Coast of New South Wales and Victoria caravan park tour alongside fellow Melbourne musician Gretta Ziller, en route to Tamworth Country Music Festival.

So will any of these artists win a Golden Guitar? Hosted by Adam Brand and Amber Lawrence, find out as the 47th Toyota Golden Guitar Awards are held on January 26th at the Tamworth Regional Entertainment and Conference Centre, during the annual ten-day Tamworth Country Music Festival.