New Years festivals like Falls Festival, Field Day, Lost Paradise and Beyond the Valley bag some of the biggest lineups to hit Australian shores each year (after the holy grail of Splendour of course.) My very reliable, totally scientific studies, have shown that over the last three weeks, average heart beats of Australia’s youth have been abnormally high due to festival lineup bombshells dropping every day. This has set group chats alight and has the odd person realising their lacklustre bank account balances just aren’t going to allow for New Years festival magic this year.

But if you can make the trip, Falls Festival, like any other, is full of more than just the international headliners. If you aren’t excited about the lineup, you simply aren’t looking close enough; so I’m here to show you just five of the hidden Aussie gems gracing the Falls Festival lineup this year.

Classic garage rock gigs are a revival half the world doesn’t even know they need until seeing a Tired Lion gig. Like a good Long Island Iced Tea that hasn’t been mixed properly; a whole lot of flavours that probably shouldn’t go together, but make your night a little more exciting and leave you wanting more, sums up Tired Lion. A whirlwind of passion and hardcore grunge energy, we can assure security will be ripping die hard fans whose adrenalin and excitement is mistaken for disorderly behaviour from the crowd. Under their carefree, intense 90s rock persona, the band’s whimsical melodies and profound lyrics yank on the heart strings of even the toughest of gig goers. They also know how to deliver the goods, thanks to indisputable in crowd scream-alongs like “Dumb Days” and “Cinderella Dracula.”

A cloud of charm and grace seems to hover around the beautiful Cub Sport at all times, with that cloud now raining extra rain drops that sound a bit like wedding bells.  Their most successful record BATS allows you to follow the tough love story of lead singer Tim Nelson and Sam Netterfield; struggling with coming out and admitting their love to themselves.  This powerful background story, consoling lyrics, tranquillising vocals and creamy melodies have captivated audiences for years.  However, their Splendour set this year was their last performance before the wedding of Nelson and Netterfield. The energy and spine tingling love in the audience was unprecedented and it felt as though they were ready to burst in to their new era of music and life.  With their latest instalment since BATS, Sometimes due out on October 5th, you’ll be lucky enough to be one of the first to experience the magic that is so much more than just hits “Come on mess me up” and “Chasin” 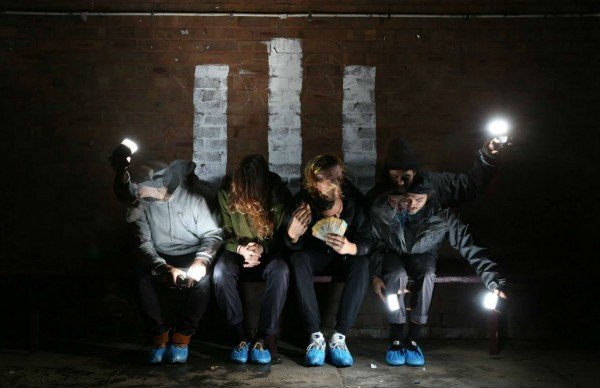 The Inner-West Sydney, four piece group Triple One are an integral part of the current rebirth of Australian hip hop, despite not trying to fit any genre. Their gloomy, grey-scale production, will be completely overridden with their DEADLY cult following summoning death pit lovers from campsites near and far. Comprised of rappers Marty Large and Obi Ill Terrors, producer Billy Gunns and vocalist Lil Dijon, the foursome this year have crafted EP The Naughty Corner; filled with some classic hip hop beats, sweet melodies, cheeky lyrics and the ever so bleak aesthetic they express. Even the most discerning of ears will find a favourite song in this jam-packed and versatile EP. Tickets to a Triple One gig come with guaranteed good times, beer soaked bouncing bodies and utter MAYHEM.

I’m all aboard starting a petition to change Mallrat’s name to Mallteddybear, because that sweet, loveable pop princess deserves a never-ending hug and a rat just couldn’t be further from who Mallrat (Grace Shaw) really is.

2018 is the year of the Mallrat, having cemented herself as an essential on the Australian festival circuit and headlining sell out shows. If you haven’t seen her yet, you need to spend less time glittering yourself up on festival morning and more time embracing the angelic, nostalgic and heart warming spirit she pours into everyone around her.

BUT… even if you saw her earlier this year, don’t think that is any excuse to miss Mallrat at Falls. Just listen to her first ever song the catchy, honest and rap based “Suicide Blonde”; then listen to the polished and gleaming “Groceries” off her most recent EP In the Sky. The transformation is unimaginable and shows so much potential for the future of her songwriting and live performances (helped a bit along the way from some of my favourite Australian producers Japanese Wallpaper and Golden Vessel.)  Grace has said herself that she is a songwriter and her vocals aren’t her strength, but in her songs you just can’t imagine anyone else singing them as well as she does.

She’s also turned into a vintage style icon and spokesperson for all the eye-rolling, angsty teens out there. Her teenage girl following is the biggest in the Australian music scene right now. So, WARNING: To avoid hyperventilating teens who haven’t quite worked out acceptable gig etiquette yet, and are trying to update their instagram and snapchat stories at the same time, dancing with your friends at the back is the best way to get the full Mallrat experience. 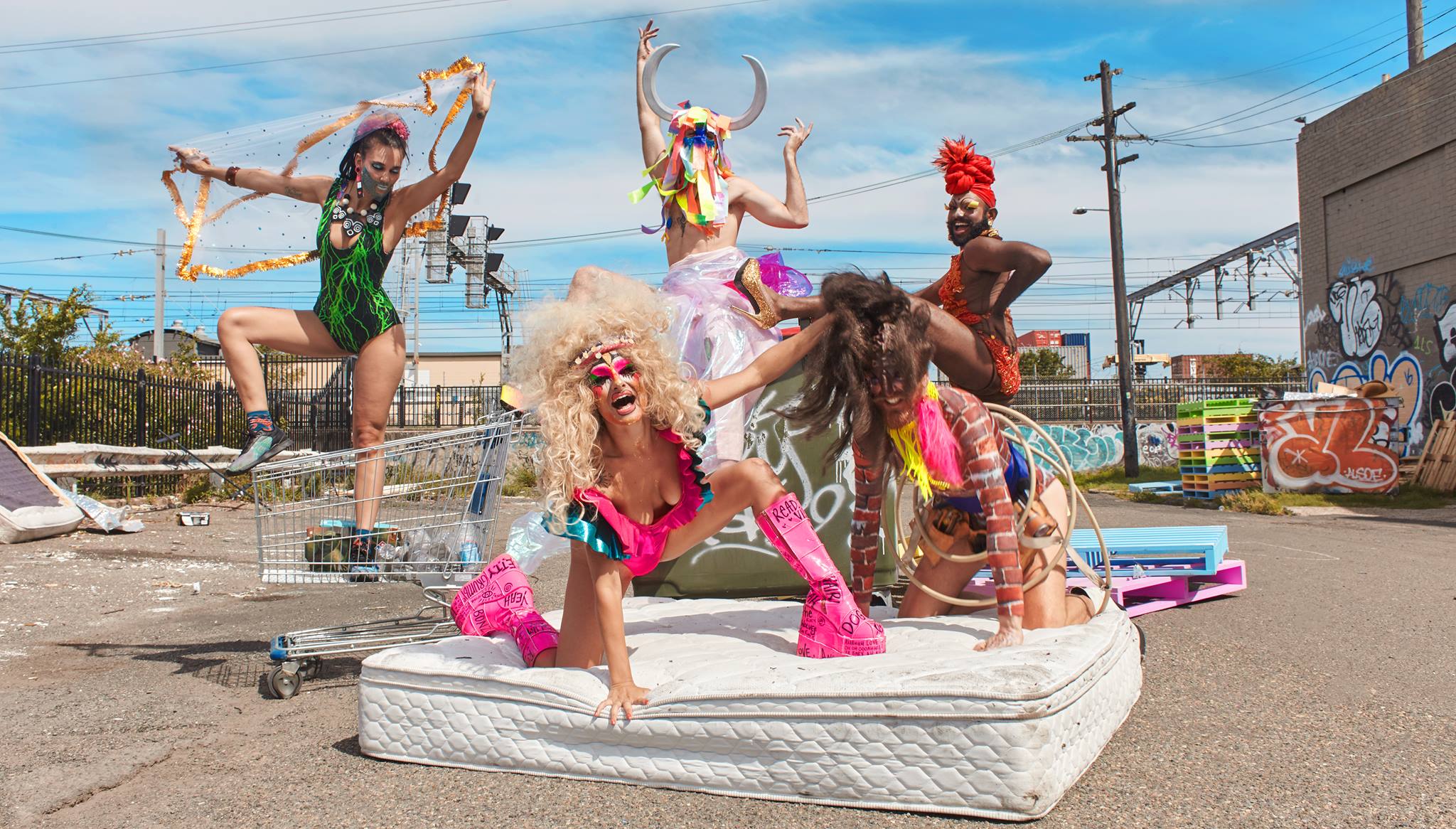 IF YOU KNOW YOU KNOW! Entering into a Heaps Gay Party transports you into a new world of freedom, joy and a lot of laughs. Walking in I am Genevieve, but walking out, I am a messy ball of happiness crying for the night to never end. Glitter, lights, feathers, these guys know how to throw a party.  Prepare to hula hoop with budgie smuggler wearing seventy year olds and CHA-CHA the night away with your new best friends.

A massive celebration of inclusiveness, fun and creativity, Heaps Gay are a Sydney based collective formed a few years ago with modest intentions to put on a few quiet nights around town.  2018 has been a big year for the LGBTIQ community and I’m somewhat excited and somewhat terrified for what outrageously fabulous things the Heaps Gay team have planned for you party people.

Everyone knows festivals get a bit messy… which make them oh so much better. At the end of the night come throw down to all the classics from Madonna to Daryl Braithwaite’s shamefully wonderful “The Horses,” celebrating all the best things in life.

This isn’t to say that you shouldn’t lose your voice singing “Cocoon” with Catfish and the Bottlemen (which we recently did in Glasgow), lose your mind in the deep, housey world of Golden Features and lose your neck, head banging with The Vaccines. But just remember, often the up and coming talent at the smaller stages make for more memorable experiences and help you discover your new favourite homegrown artists.

Each year, the makers of Splendour in the Grass, Secret Sounds, hold Falls Festival in four locations around Australia across the New Years period: Lorne (VIC), Marion Bay (TAS), Byron Bay (NSW) and Fremantle (WA). For more information about tickets and to see the full lineup click HERE.