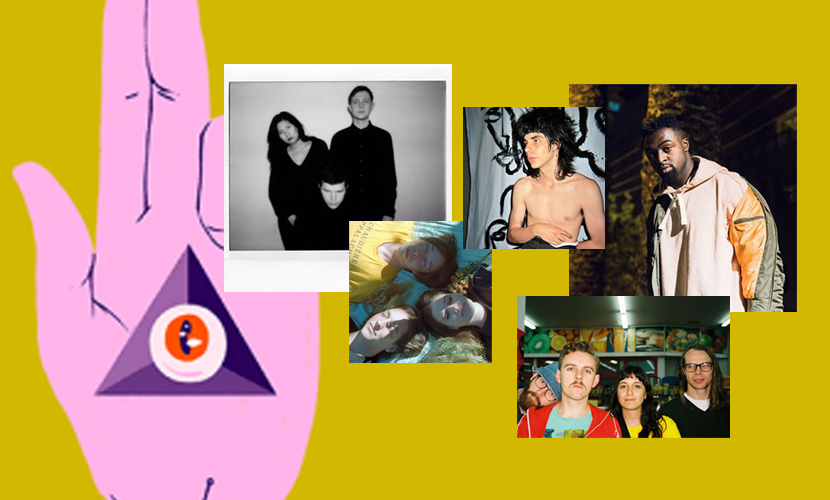 BIGSOUND officially kicks off in Brisbane tomorrow, and our man on the ground this year will be Tim Byrnes. Tim has narrowed down his five must-see acts for the festival. Take a look:

Auckland, New Zealand trio Wax Chattels play bass guitar, keyboard, and a two-piece drum kit. But with those barest of ingredients, the group creates noisy post-punk powered by anxious energy, as heard on their recent self-titled debut album. Crowds will surely lose control of themselves, turning into sweaty, shoving masses.

New Zealand has birthed a lot of captivating indie-pop, and joining that legacy is The Beths. The Auckland quartet is a blast of overdriven guitars and sugar-sweet hooks, with Elizabeth Stokes cooing introverted paeans like “Future Me Hates Me”. It’s choruses like theirs that will brighten up BigSound.

After a big year as bassist with Brisbane band The Creases, Jarrod Mahon launches into 2018 with his lo-fi pop solo project Emerson Snowe. His set supporting Ariel Pink was one of the most intriguing sets I’ve seen in some time, with Mahon dancing and singing to his backing cassette tapes – including an intermission involving “Every Morning” by Sugar Ray. His Tuesday night set will be one to see as he’ll be playing with a backing band for the first time!

For more about the artist, head to their Facebook Page.

This Brisbane-trio have been causing a buzz, and rightly so! Sweater Curse makes autumnal indie-rock for people who want to stay inside. They’ve only released three songs, but each one is great and improves on their last, especially their latest “Can’t See You Anymore”. They are worth watching out for.

This Western Sydney-performer got his first taste of fame when he was invited on stage to freestyle with A$AP Ferg at Listen Out 2016. Two years later, the 20-year-old has released his latest EP Endless Conversations, featuring the good-time bounce of single “Wow”. The man proved he can move a crowd when he supported Migos and opened the mainstage at Splendour In The Grass 2018, and will be one to watch at BigSound.

For more about the artist head to their Facebook Page.

BIGSOUND runs in Fortitude Valley, Brisbane from September 4th to the 7th. For more details, head to their official website.