And the music continues! We kicked things off on day two with the Dutch Impact Party and enjoyed the sweet sounds of bands from The Netherlands. Unfortunately we missed Death Letters (more on them later in week), but made it just in time to see the energetic performance from De Staat. Their brand of heavy guitar meets synth rock and roll takes on a wide variety of influences, though my initial thoughts were that they sound like The Paper Scissors mixed in with Eagles of Death Metal. An interesting mix? Hell yeah.

The five piece, who originated as a solo act in Torre Florim, were playing tracks off their second full length record Machinery, and have found quite a bit of success both at home and abroad – especially in Europe. That comes of little surprise as they’re a tight ensemble, who give off the impression they have little to prove and simply want to give the crowd (and themselves) a hell of a good time. For this, they succeed with flying colours. 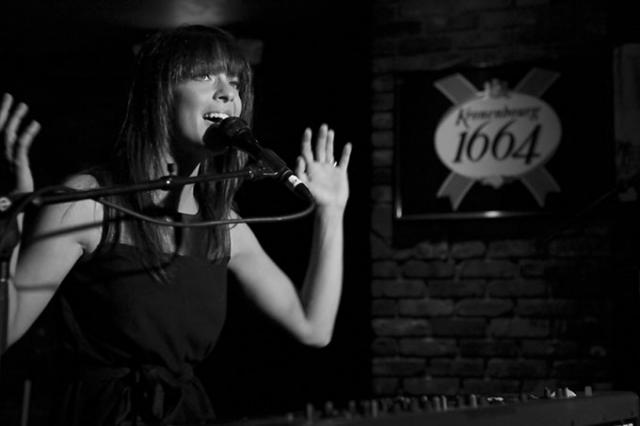 Netherlands born, LA based Laura Jansen (pictured above), followed, a beautiful songstress who played self-described “chick music with feelings”… also: “a lot of my songs have to do with dating douche bags” … fair enough! “Normally I don’t go after dudes with guitars”, she announced at the start of the set, though she had a three piece band behind her, which did include guitars… and they were pretty rockin’. Her mode of performance saw her focused on the piano, and to call her skilled at the instrument is an understatement. She is a truly wondrous performer and entertainer whose understated music no doubt wins her legions of new fans every time she performs. Tonight was no different. If you’re a fan of artists like Fiona Apple – the sort of female singer/songwriters who create impressively layered, spellbinding music – Laura Jansen is for you. 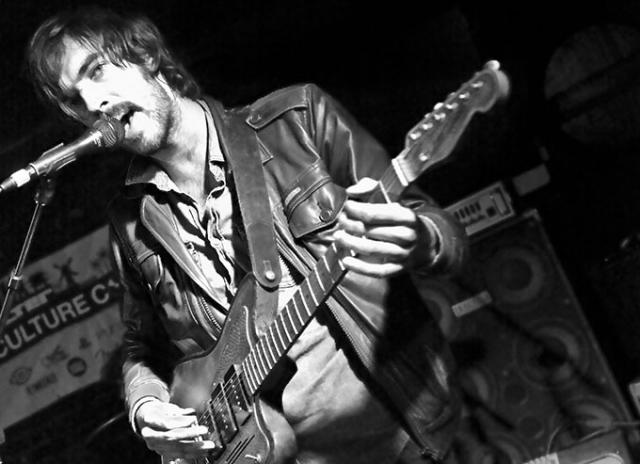 The Black Box Revelation (pictured above) followed, a two piece from Belgium. At most times, their lead singer seemed to be trying his hardest to do a Billy corgan impression, and there was something that felt a bit unnatural in all of it as a result – like they were trying too hard to be something else, rather than themselves. They’d definitely watched a few Black Keys videos, too. Maybe I’m wrong, maybe I didn’t hear enough of their music – and they certainly were great instrumentalists and performers – I just can’t say they were doing anything original or notable. 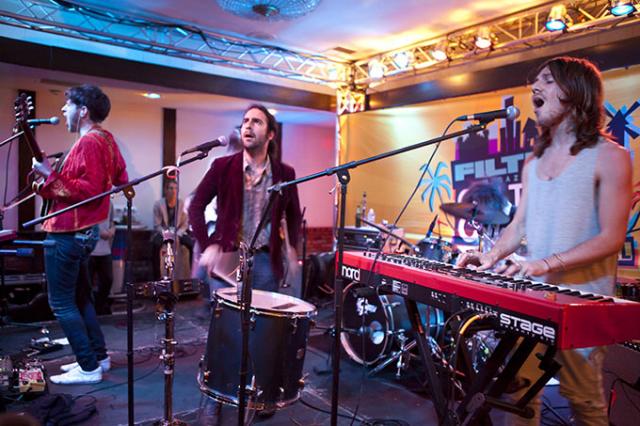 Meanwhile in the Champagne room, Sydney based Modular signees WIM were impressing the crowd so much so that the organisers quickly booked them the headline spot at 826LA the next night (replacing Isobel Campbell, who pulled out due to illness). Indeed, they did plenty right tonight. They battled through some initial tech and sound difficulties with professional charisma – in other words, they just got on with it. This showed them off to be a wonderfully talented band who know how to get the job done – and by the time they were all slamming away at the drums at the end of their last track, “Anytime”, they had the crowd in the palm of their hands. Represent!

Hypernova from Iran were next back on the main Taix stage. They were a little bit Joy Division with a bit of The National and White Lies thrown in for good measure. Unlike the band that preceded them (Black Box), in spite of these comparisons, with tracks like “American Dream” they were making the sound wholly their own, creating some beautifully melodic – though rockin’ – music. Definitely check them out.

One man that needs no introduction is Ian Ball from Gomez, who followed WIM in the Champagne room. Playing solo tonight, with a backing drum machine and a guitar in hand, Ian played an even mix of solo material and Gomez classics, including one of my favourites “Whipping Piccadilly”. Naturally, there were a couple of British expats in the room who screamed out requests… even though he was a last minute replacement, and not on any of the official announcements, they seem to always find a way to get to the front of a Gomez performance… and they always make it that little bit more entertaining. Indeed, it was quite the entertaining set, and kept the crowd quite pleased throughout.

I caught a little bit of Tennis System before I headed off to the Echoplex, and caught a few tracks including the epic “Arcane” off their debut album Teenager. I felt they sounded a bit like The Unicorns with more of a ‘rock’ vibe. Perhaps three songs isn’t enough to make a spot on judgement of a band, but I enjoyed it either way. 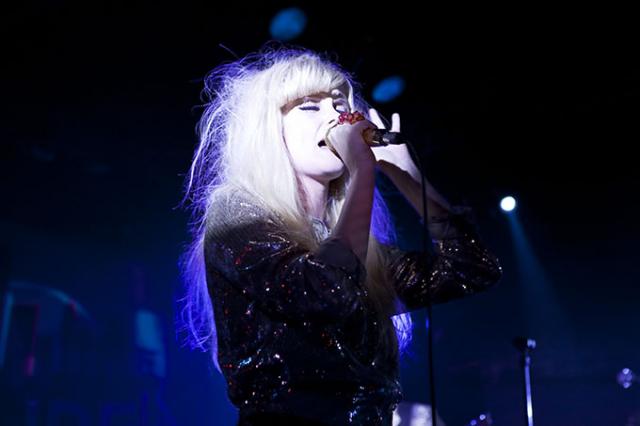 I ended my night with two bands I’ve wanted to catch for a long time, downstairs at The Echo. First up, Denmark’s The Asteroids Galaxy Tour, a five piece ensemble featuring the talents of Mette Lindberg as the lead singer. Looking resplendent in sparkly dress, Mette is both a brilliant performer and singer, and had the crowd in the palm of her hands for the entire performance. With the backing instrumentalists featuring a brass section alongside the usual suspects, the whole arrangement reminded me a bit of what Kimbra is up to in Australia at the moment. Playing a mix of old and new (though seemingly focused on the former), “Around The Bend” and “The Golden Age” were the easy highlights of the night.

Meanwhile, in the upstairs room, New York City’s Hooray For Earth were impressing a packed out room as the support act of Cymbals Eat Guitars. They were a tight little band, with their impressively layered musical arrangements shining particularly bright. They had both a girl and a guy up front for vocals, though the female vocals didn’t seem to work for the sorts of aesthetics they were going for. The vocalist was Jessica from the band Zambri, and though she has been performing with them for quite some time on the road, it just seemed out of place for one reason or another when she was fronting the vocals side of things. Still, this did little to fault the band, and had nothing to do with her own talents as a singer or performer.

I closed my night out with Yacht, indeed a band I’d wanted to see for quite some time. Everything I’d ever heard about the band was true – they performed with style and precision, backed by an entertaining “slideshow” or shorts, projected behind them. It’s become as famous as the performers themselves and made for a truly entertaining set.