Being an avid goer of Soundwave for six years, every year I’ve always been happy with the turnout of the event. This year, the festival panned across two days which was something I wasn’t used to, but then again, this meant that it would bring me more time to explore the talented bands out there. Going to any music festival with an open mind enables you to uncover some gems along the way which is essential to fully experiencing the true joy of a huge music festival like Soundwave. 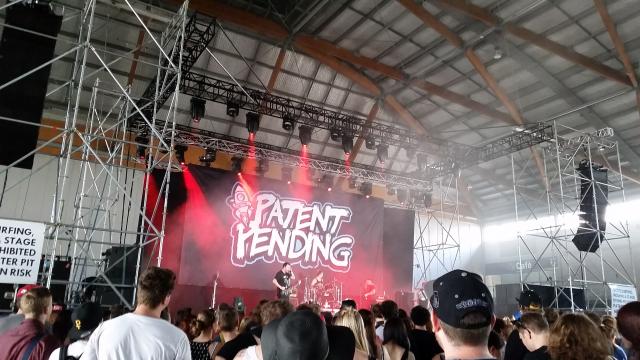 Hearing rad things about this band, it was essential for me to see New York pop punk band Patent Pending and although there were a few issues with soundcheck, they hit it off pretty well at the start of their set. Before they actually started playing, the band entered the stage accompanied by The Simpsons theme song offering a tongue-in-cheek icebreaker to the fresh Sydney crowd. It was clear that each band member had a goofy sense of humour. Frontman, Joe set the bar high in terms of energy levels as he paced back and forth during their performance. Patent Pending balanced their comedic antics with a more serious note, with Joe making a sentimental speech about the importance of seeking help, as he had lost a friend to suicide. For an infectious tune, “Brighter” showcased a different side to the band instilling a sense of loyalty and belief in their own cause. 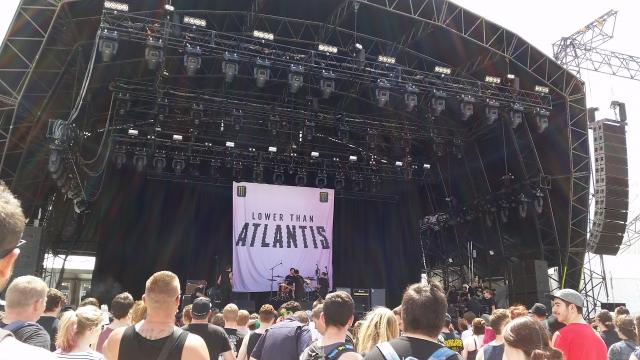 Just after midday, UK alternative rock band, Lower Than Atlantis managed to pull a large crowd of people. The weather at this point was scorching, and during their setlist, frontman Mike exclaimed, “How the fuck do you live in this state of heat?”. The crowd itself seemed lifeless as the band went through all of their songs but it was a highlight to see “Another Sad Song” live. It was breathtaking to see them passionately play their instruments, even in the insufferable heat. 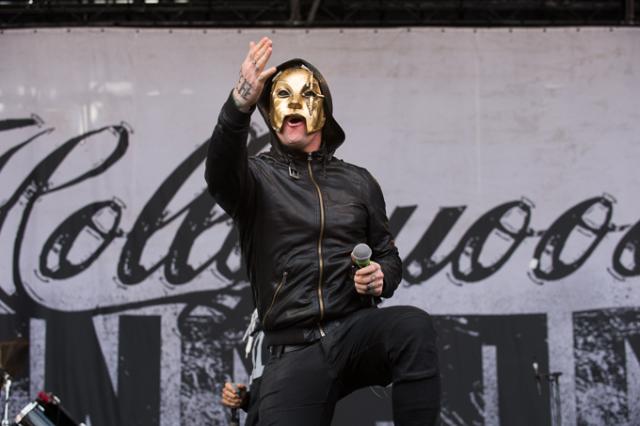 With masks on, Hollywood Undead entered with intense enthusiasm. Their style of being a “rap rock” band provided the audience with a set that was incredibly earth-shattering. A few songs into their set, the band members removed their masks, revealing their secret identities to the crowd. Most their songs were upbeat, not to mention the killer rapping they did too. Indeed, they were an oddball attraction to the lineup. 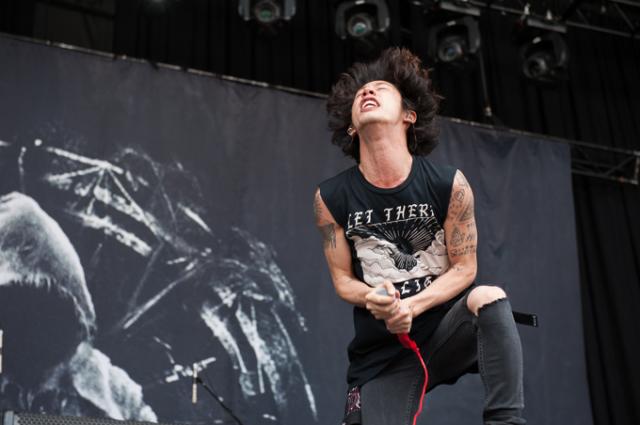 Anticipating ONE OK ROCK‘s set was going to be a highlight for many. It was fantastic that they were able to reel in a couple of hundred people down in the pit, bringing a warm welcome to the Japanese band. The band was finally receiving the attention they deserved! Polite in their delivery, it was a joy to see Taka be able to let loose and energised on stage. Hearing “Clock Strikes” provided such an atmospheric rush of electric guitar chords and strong drumming that helped deliver a set something close to say, 30 Seconds To Mars. Taka during the set would swing his microphone when he had the chance and his convoluted screams echoed about the stadium. Although most of their lyrics were in Japanese, dedicated fans at the front barricade sang with much soulful rhythm.

Their delivery of latest single “Cry Out” was absolutely stellar and their chemistry as a band was exceptional. In all honesty, I really underestimated how they would deliver their songs on stage. A crowd favourite, the band ended their set with “The Beginning” and it was memorable for both new and old fans. The set itself was too short for my liking but they are a band worth keeping on your music radar. 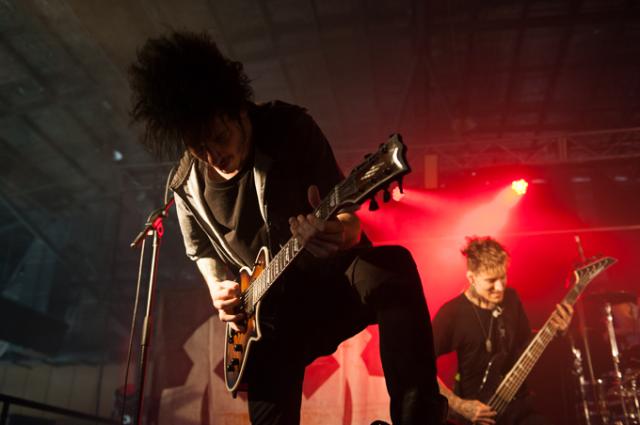 Fully energised on stage, post-hardcore band Crown The Empire took their live performance to the next level with fierce movement on stage. The breakdowns and clear cut instruments gave them the ability to make the crowd excited – even if their appearance was delayed due to soundcheck procedures. The band claimed that this was their biggest show yet, and the crowd answered this with exuberant and anthem-like chanting, showing nothing but love towards them. 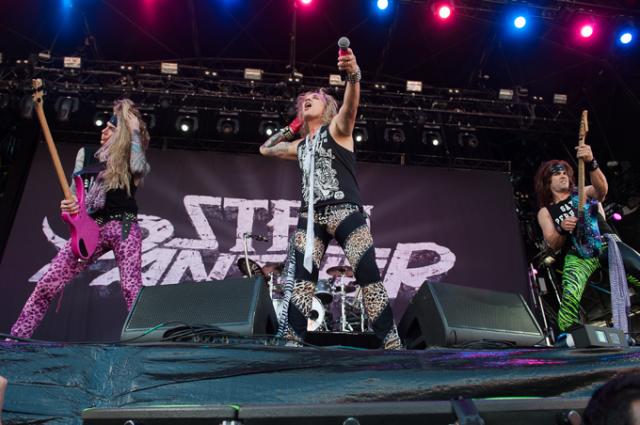 Receiving encouraging advice from Rob (of Patent Pending), I decided to see Steel Panther. Their stage presence as a band was incredible and their image was nothing short of glamourous – pulling off leopard prints better than I ever could. Having a rock and roll vibe to their music, the crowd were cheerful to no end as the set was performed in style. With leopard print instruments as well the occasional shout-out to the crowd to “show more tits”, the men on stage had no shame and boy, were they a hilarious bunch. There was an epic electric guitar solo in “If I Was The King” and the crowd went wild. 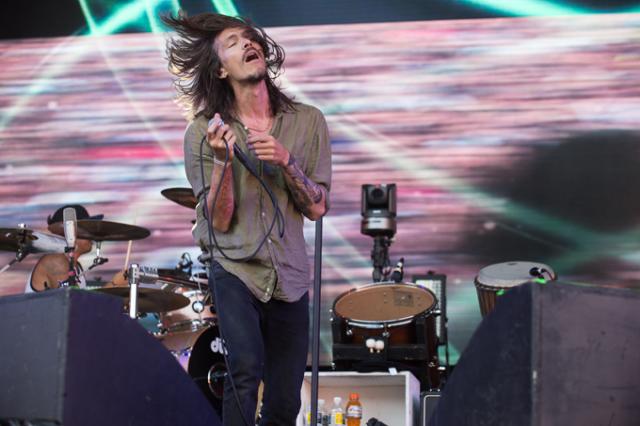 Incubus were very mellow on stage but to be able to hear one of their well-known tracks “Outside” sounded as good as the studio album version. Coming across the band’s live presence for the very first time, they were very calm in their approach. Their set was mainly melancholic and slow-paced, but Brandon had exceptional vocals. Simple lighting on stage and a hint of smokiness showcased that they weren’t too flashy as a band and liked keeping things simple. 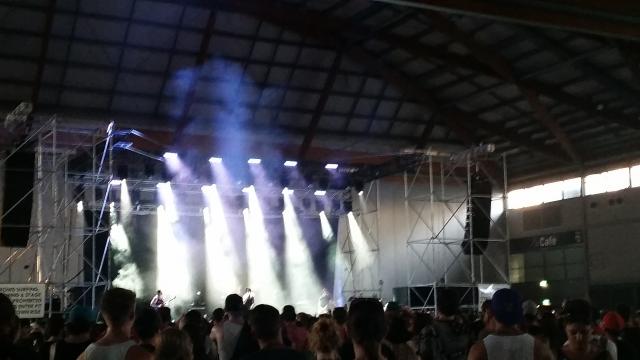 Even after their wicked sidewave on Friday night, Ronnie Radke of Falling In Reverse had lots of energy leftover and he took the stage by storm. His breakdowns to each song were impeccable and this was then followed by a crowded room of voices chanting his name continuously. It was amazing to see the band have another official comeback to Sydney, granting the wish of hundreds after many delays in visa issues which prohibited them to tour Australia initially. 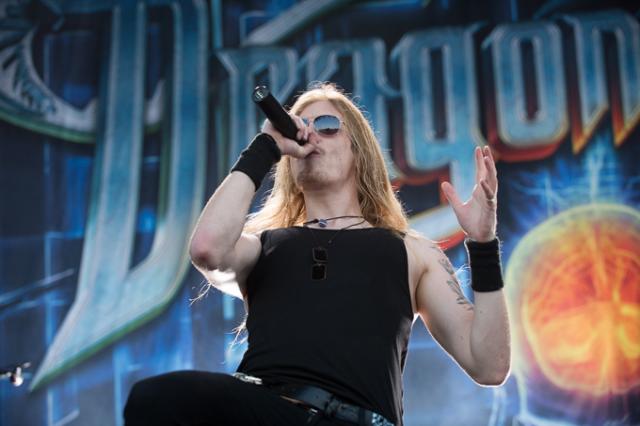 With their epic instrumentation and their rejuvenating atmosphere, Dragonforce had an almighty set and to see the UK band play with such passion and energy was admirable. Witnessing “Three Hammers” on stage gave me goosebumps and seeing the guitarists encompass such skill and perfection was beyond impressive. Their cover of Johnny Cash’s “Ring of Fire” brought a happy crowd and musicians themselves were nothing but wild on stage. Towards the end of their set, Jacky Vincent from Falling In Reverse made a special guest appearance and the UK metal experts cheered on the talents of the young chap as he showcased his unique guitar talent. 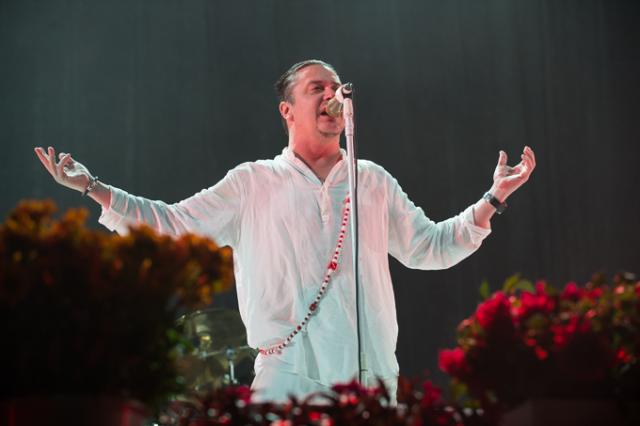 Faith No More had an eerie start to their set with epic drumming. It was interesting to see the stage black out after each song which made the setting for the crowd mysterious at times. The instrumentation was hypnotic and Mike’s growling vocals became more prominent each time the band performed a slow-paced song. At times, it was hard to understand the lyrics as they were slightly muffled, but the characterisation and the way the band presented themselves – wearing white, with beautiful flowers on their stage set, left onlookers appreciating the irony. 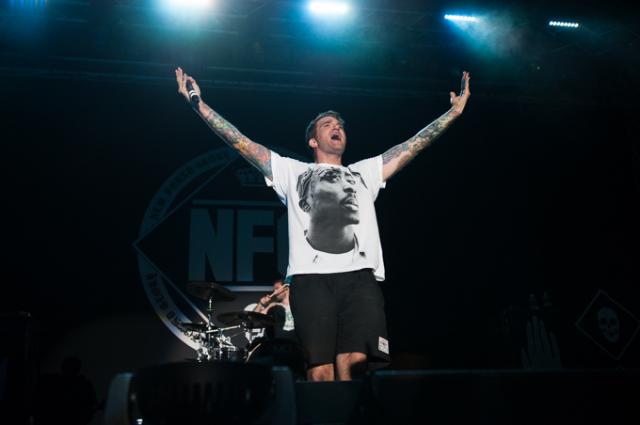 Wrapping up the first day of the Soundwave weekend bonanza, New Found Glory looked like they hadn’t aged one bit and as they opened up with “Selfless”; they glorified the stage with pop punk fierceness and ready-to-pounce-on-the-crowd attitude. Jordan was constantly moving around on stage while soaking up the spotlight. Surprisingly, even after a long day of seeing bands, people were still able to muster up enough energy to jump around like little children. Lead guitarist, Chad was actually surprised that there were so many people seeing them, saying, “It’s fucking 9pm, why are you still here?”

Amidst the beach ball and dinosaur inflatables bouncing around the mosh pit, “Resurrection” belted through the speakers with force. The crowd was so enthused that Jordan pointed the mic directly at them, because they were singing the lyrics louder than he was. Hearing their older tunes like “Dressed To Kill”, and their closer “My Friends Over You”, brought on nostalgia for my 15 year-old self, and to see New Found Glory perform to a crowd singing along to cherished, anthemic choruses made me realise exactly why I was at Soundwave in the first place; to appreciate live music for what it is – nothing more, nothing less.