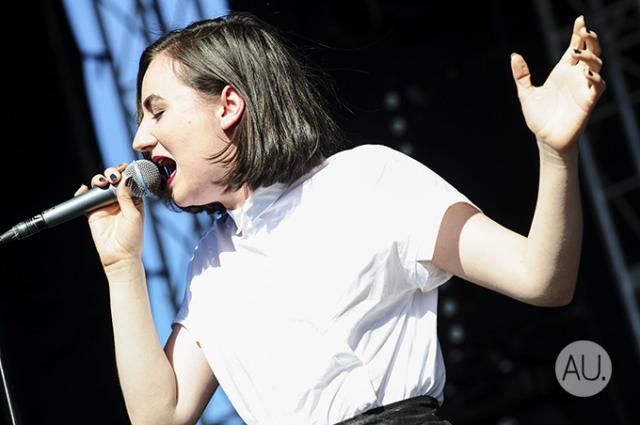 The cars were packed, the cow onesies dusted off and the fast food outlet lines were long – Groovin The Moo had arrived. We’d all spent the day in wait, enviously scrolling past the Oakbank highlights flooding our newsfeed, planning out our timetables like tactical masterminds. In true WA form the sun was out for an easy 25 degree day as we crossed the grassy grounds of Hay Park to the gate. Some people seemed aimless and there were a few tears spotted by the info gate as it seemed the sold out status of the festival was still hitting punters hard, but ticket in hand we pressed on pass the gathering pile of deodorant cans and the sceptical bag checker asking “Really?” as a young girl handed over her sacred bottle of perfume. 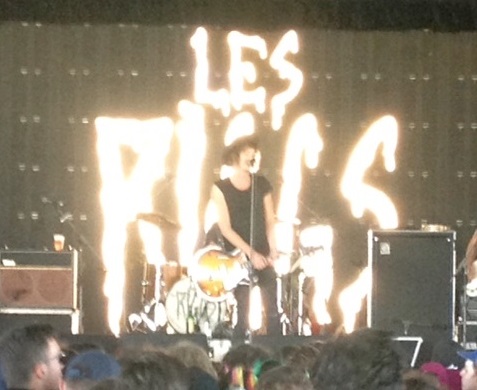 Once in it was a quick race to the Moulin Rouge stage where a glowing Les Riggs screen welcomed us and The Delta Riggs came out on stage diving straight into the favourites like “The Record’s Flawed”. You’d be mistaken for thinking having such an early slot would dwindle the crowd a little but it seemed everyone at GTM wanted to be the early bird. The Riggs frontman was working the mic stand like a classic rocker, occasionally donning a guitar or a hat and just generally giving a killer performance, even some people dressed as the Avengers were loving it. The first act I caught for the day turned out to be a strong highlight overall, it was a beautiful hard hitting punk rock fest from start to finish.

Next up was festival regular Tkay Maidza who had a run in with some sound issues throughout her set, knocking back her usual crazy energy. Maybe after catching her set at every festival this summer it was starting to wane, but as soon as “M.O.B.” and “Uh-Huh” broke out everyone was dancing with smiles on our faces. 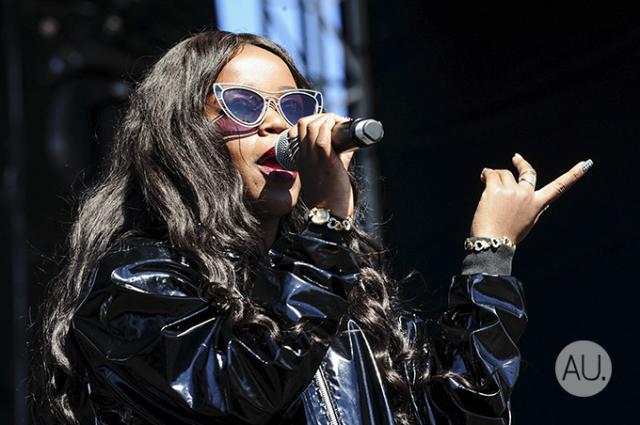 Glad I decided to wait around at the main stages to see who this Peaces band were from the UK because they gave a strong set. With the guitarist swapping out his instrument between every song they injected a great chunk of indie rock into the day.

A brief run in with the security guards to the bar area put a sour note on things as they demanded people pull out their ID each time they wanted entry. When I pointed out we had our IDs checked entering the festival and asked what the point in the wristbands were they threatened to refuse me entry. Not even nightclubs run that, fun police. It’s something that is frustrating when it comes to all age festivals, not being able to get close to the action or being forced to down your drink to reach the next set. I understand the logic but there were still more empty alcohol containers outside the bar areas than in.

Meg Mac came on with her trusty sister by her side and gave out some fantastic vocals, but the set itself felt like it was missing something. I couldn’t figure it out, it was far from a lacklustre performance and yet in a big open festival setting there didn’t seem to be a presence beyond those powerful vocals.

Luckily when I hit up the bar area by the Moulin Rouge stage a lovely member of the security team confirmed their policy was to check wrist bands and that was it. Checking out Saskwatch from afar before leaping into action for Carmada the tent was the heaving crowd pool like old, with the power of dance your only way of progressing forward. The consensus seemed to agree that the duo’s set was explosive as they spun out “Maybe”.

Heading back to the main stage The Preatures were tearing up the stage with some amazing energy. You Me At Six seemed a little strange after their raw power with my chorizo quesadilla packing a bigger punch, but their set was a nice intermediary as the sun headed down and crowds refuelled for the second wave.

Ball Park Music churned out a short and sweet set, the fun seemed to be over way too soon as they poured through their usual colourful show as everyone danced around singing along to “Everything Is Shit But My Friendship With You” before throwing in a brief cover of the Friends theme tune, all the while still sporting that borderline creepy mo.

My biggest dilemma I had to face that day was between Peaches or Hermitude, a brutal clash, and ultimately my love for those HyperParadise vibes won out. Some may call it a bad life choice but the boys unleashed a quality set as people began to break out the glow sticks, ending with personal favourite “Villain”. 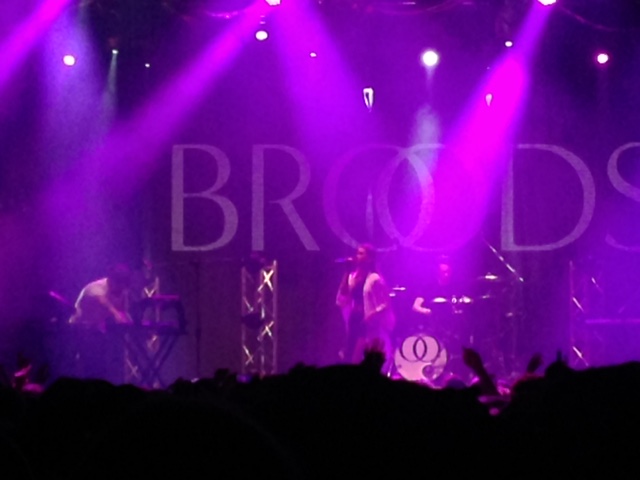 Back at Moulin Rouge I couldn’t help but get frustrated with Hot Dub Time Machine’s mixing as they skipped from track to track not giving each song enough time to breathe between “Oh my god its Nirvana” to “Oh wait, nope they’ve skipped it”. I get the problem of time constraints and their track selection was great but it was kind of like having that person at the party that keeps hitting next when you’re halfway through belting out the chorus.

Broods came on stage like the magical kiwi duo they were, all orange and pink aura and just generally presenting stunning visuals as they poured out an ethereal performance. This is what Meg Mac’s set had been missing, that extra layer behind it that took the sound and hit you in the soul. Definitely another strong highlight. 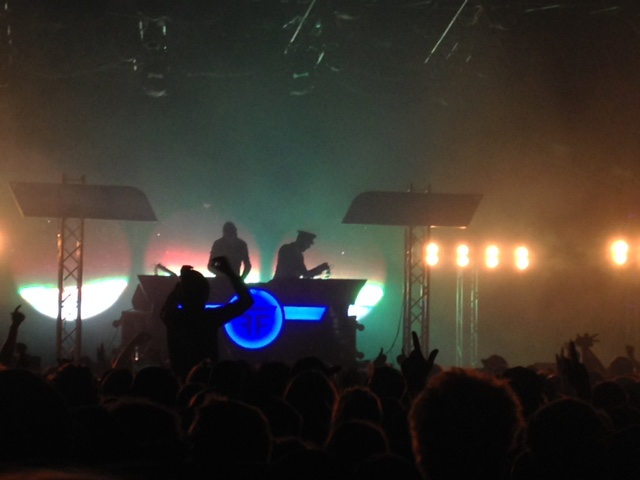 Up next was crowd favourite RL Grime who teased the tent with his trap/EDM stylings and dragged out the anticipation for the drop a little too long more than once giving some confusion as he switched it up. Otherwise it was a strong lead up into the Flight Facilities set, as the soft airport lounge announcement hummed throughout the tent and we geared up for guest singers Owl Eyes to guide us in the journey. Playing out “Claire De Lune” as we all swayed in our festival battered bodies and that gentle voice declared our destination reached, punters began the slow migration to seek out heat from the Headspace tent, or follow the beckoning lights of fast food across the park.