Festival Review: Day Two at Yours & Owls proved why trekking to Wollongong is well worth it. 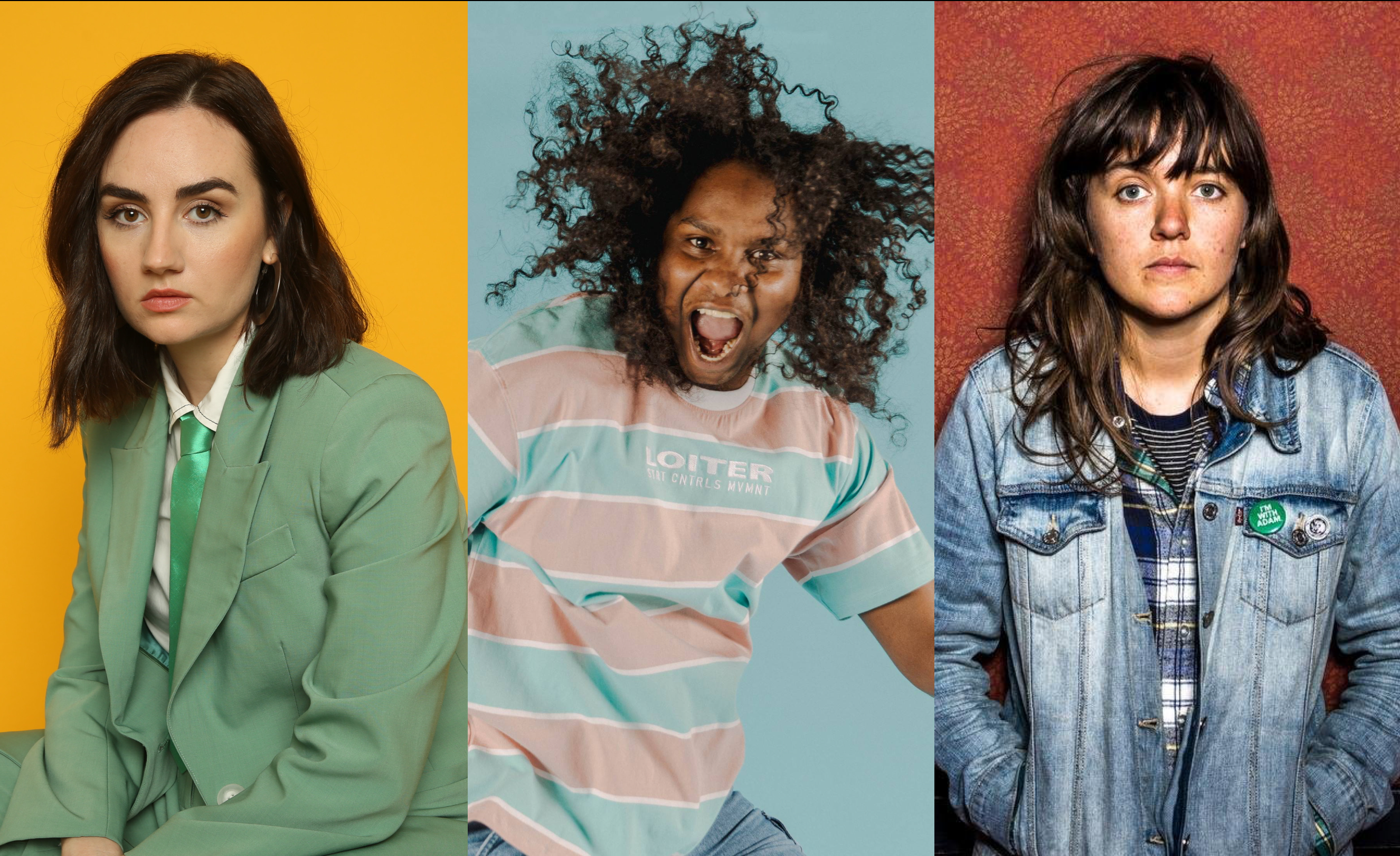 After a truly excellent first day of Yours & Owls Festival, spirits were definitely high as Day Two rolled in over Wollongong’s trampled Stuart Park. Although the morning looked like an ominous rainstorm, punters were luckily blessed with an evening of pristine perfect clouds and an equally dreamy line-up of acts.

I caught Perth’s Spacey Jane first, who have been making some serious waves since their late-add to the Splendour In The Grass bill. The four-piece seem to play on Triple J every time I turn on the radio, and for good reason because their garage pop tunes absolutely slap. But their live set, it turns out, is even better. For a 1:00pm slot, the crowd was impressively swollen, and I can’t say I was surprised – by the time Laneway 2020 rolls around, they’ll have punters jumping to catch a glimpse over the sea of fans.

Following Spacey, it was time to check out the art tent and they honestly out-did themselves. Walking through a rainbow arch of recycled goods, you’re greeted with an orange/lemon juice-making stand and a food rescue tent serving relish on toast from the ‘trash’ food they intercepted. Free food and freshly squeezed juice? Yes please. Wander in a bit further and you see a jewellery workshop that melts unwanted plastic into whatever you want, and a complimentary haircut desk (if you value your hair, probably don’t go there). You can get a tarot reading, make some slam poetry and even have a poem customised to you. It was easily my favourite area of the festival.

After getting caught up in the creativities, I caught the end of Love Fame Tragedy, a side-solo-project of The Wombat’s Matthew Murphy. Meg Mac then graced the main stage, sans her iconic wide brimmed hat, but gave a generous performance nonetheless. She told the crowd that the ‘gong was her favourite gig on her recent tour, so she was stoked to be back and playing to such an energetic crowd.

We ducked off before the end of her set to catch Canberra’s Genesis Owusu and his team of mates, The Goons. Hailing from a musically-blessed family (his brother is Citizen Kay), Genesis proved his expertise with an animated performance of his jazzy-rap sound. He’s also had a substantial 2019 with SITG and opening for Ruel’s Painkiller Tour earlier in the year.

Back at the Yours Stage was Thundamentals, who as always, give a ‘mental’ show; but we stuck around at the Owl Stage for Baker Boy. His performance was unexpected – it involved choreography and backup dancers for parts, and it was purely confident. I’ve resolved to see a full Baker Boy gig as soon as I get the chance because his half-hour set was not nearly enough.

Post-Baker Boy, the night rolled into the quintessential Courtney Barnett, who attracted basically the entire festival to her stage. It was another unusual programming choice as, although she’s internationally esteemed, her tunes didn’t quite amp up to the closing act, Hot Dub Time Machine.

Hot Dub took us on a journey through the decades, playing the best songs of each year and sending the audience through a heady journey of nostalgia. They were running a little over time (there was a hard out of 10:00pm, which is atypical for a festival), so they skipped a lot of what I would say is my favourite throwback era, the early 2000s. However, the community-driven karaoke from the audience really brought home the end of the festival.

Yours & Owls put on an absolute treat of a long weekend. It’s easy to see why this event is the largest in Wollongong’s calendar and why audiences travel to enjoy this phenomenal showcase of mostly local and national talent. No matter where I am this time next year, I’ll be sure to make the journey to the ‘gong for Yours & Owls – you won’t regret it.

The reviewer attended the festival in Wollongong on Sunday 6th October 2019.