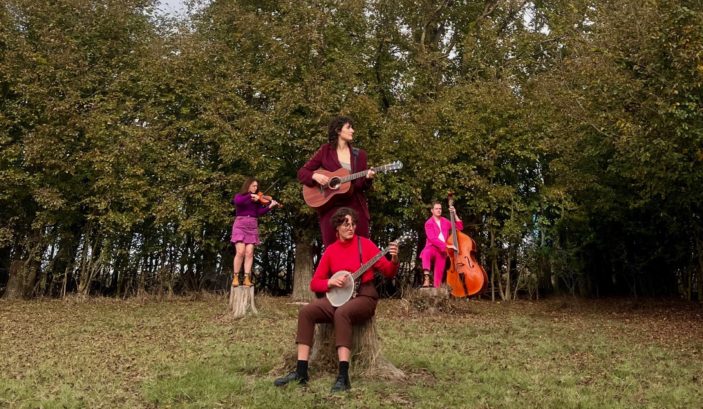 We’re stoked to be wrapping up our Tuesday with an exclusive look at the new video for Hedy Blaazer‘s “Lying Flat” – and after late 2021’s haunting “Fluorescent“, which quickly made its way into rotation on ABC Rage, we’re more than ready to wrap our ears around Hedy’s latest.

Teaming with Marcella Tonini, Jo Pall, and Will Hansen, “Lying Flat” is a powerful track about choosing yourself by choosing to walk away. Hedy’s trademarks – unique vocals, honesty, raw emotion – are in full force here, in a track that lingers long after that first listen, with the perfect amount of rage and sadness simmering below the folksy surface.

Of the track, Hedy said:

“”Lying Flat” is about how one thought can completely shatter something solid. It’s about how saying something in the heat of the moment might give you temporary relief but ultimately passes this on to someone else for them to have to process. While “Lying Flat” starts off as a sad song about carrying this burden, it’s fundamentally about standing up for yourself to break negative cycles, so I think it ends in an empowering place.”

Our sneak peek at the accompanying video – replete with stunning vistas – should get you fully in the mood for the single release tomorrow at The Gasoline Pony, so give it a watch and then run (don’t walk!) to get your tickets HERE.

Hedy Blaazer’s “Lying Flat” is out tomorrow, Wednesday May 25th.