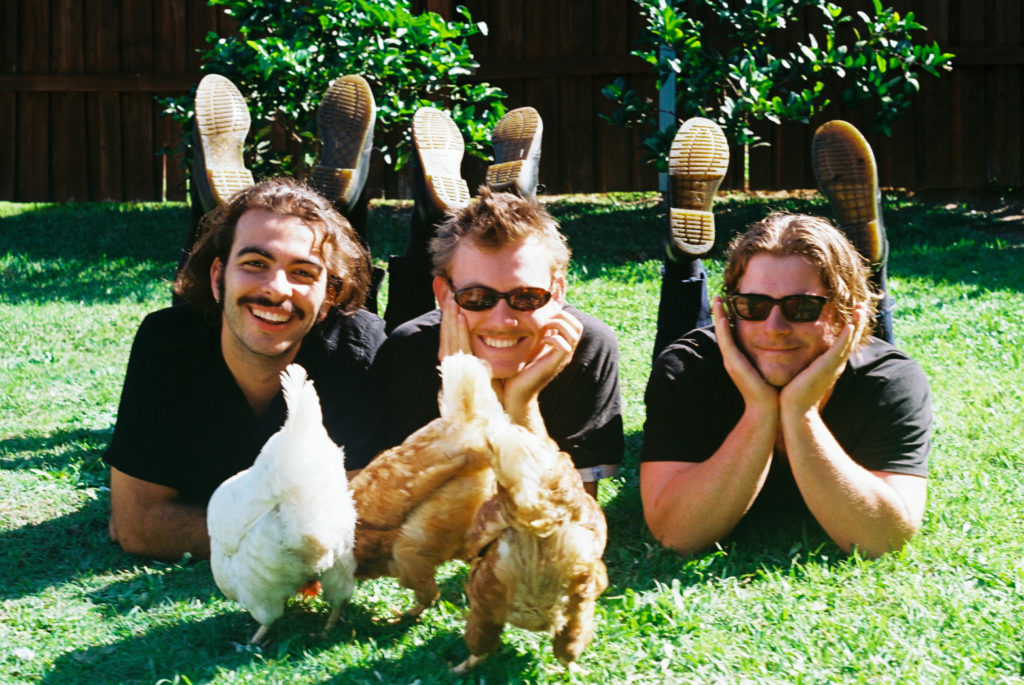 Currently out on the road touring on the back of the EP’s release, the band have kindly used some of their downtime to provide us with this exclusive track-by-track walkthrough of the EP. Have a read, find out which track was a last minute addition, and then get out to see one of the few remaining shows of the tour.

A very early song of ours with fuzzy bass, Sabbath like trills, triplets on the drums and an unexpected time change into the chorus to melt ya face. Our favourite part of the song is the bridge with Stephen’s piano line and Owen featuring on the theremin. – Josh

This song initially came about as a product of us jamming and wanting to do a slower, less “rock and rolly” song. Taking inspiration from 60’s revival bands like Shannon and the Clams to get that twangy, lo-fi sound. I remember i had to push a bit for that intro being in 6/4. This whole song is pretty much a huge prank on our mate who had an unfortunate episode of fecal urgency on a night out, it’s funny when he’s at the show and we play this. It’d be rude not to call him out on it. – Mikel

“Where You Going” is a song that builds on its layers to create a charging, driving tune. The song is about a person on their last legs of sanity in dire need of the people they pushed away. The frantic pace of the song, along with jabbing guitar chords and a spinning semi-tone pre-chorus takes you into a ride of crazy breaking into a forceful chorus. A fun but very physically demanding song to play! Haha. – Steve

A song that built a lot and changed over multiple jams. With a wah hook in the chorus and a psych bridge in the middle, it’s a different sound for us. Didn’t have a name for the song until it was finished and thought the lyrics were rather motivating, therefore we present “Motivation” – Josh

“Heartbeat” is a golden oldie of the croc catalogue that was brought back for a revival, now with Kel’s mighty hammers on the tubs. One of the fastest songs we’ve done, this was a challenging one to record with all of its change of tempo and unorthodox chord structure, but we got there eventually. The jam section in this song also rules. A lot. – Steve

One of the earliest “new” songs for this EP. Josh came up with the riff and we just hacked away at it until it’s what you hear today. I remember this one coming together pretty quickly compared to some of the other tracks like, “Motivation” or “Where You Going”, which took significantly longer. Stephen dropped a red hot solo on this one. That solo, the bass tone, and the Michael Graves-era Misfits gang vocals in the chorus really do it for me. The way this song came out on the final recording is amazing. The bass sounds like a thrumming spaceship engine. And the drums sounds like asteroids smashing on the hull of a ship with the cymbals acting as shimmery meteor dust showers, retro rocket guitars and wet, cosmic “sent-from-a-satellite” vocals. I feel like this song is “Space-Punk”. – Mikel

“Kraut” was a song that almost didn’t make the cut. The song was written and recorded two hours before the deadline for the EP track listing. One of most different tracks with a steady verse and chaotic chorus. The improvised guitar solos also make this a fun one to add to the live set given the song can be stretched and taken anywhere. – Steve

Enjoy is available now through Bargain Bin Records. To grab your copy head HERE. Crocodylus have two dates remaining on their Enjoy tour, before heading to Europe and the UK to support The Chats. Then they’ll be back to play Lost Paradise Festival in the lead up to New Years.