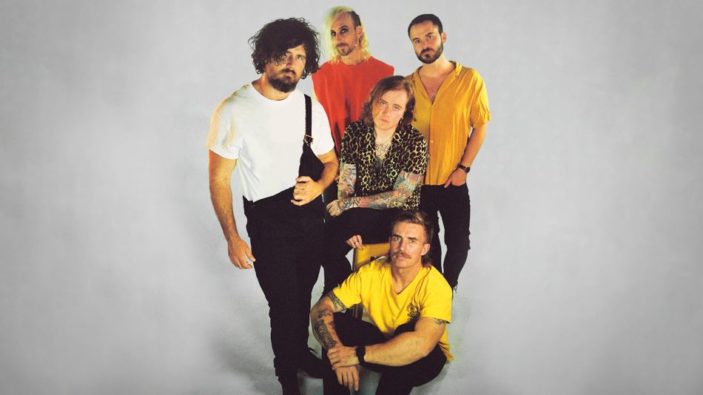 Eora/Sydney-based punk rock group Clay J Gladstone continue to drop blistering singles, with their latest, the visceral “Hate Club”. We are pumped to have the exclusive premiere of the track, ahead of its release tomorrow.

About “Hate Club”, Clay J Gladstone says “‘Hate Club’ is about a teenage relationship being torn apart by the jealous friends’ group, only to have those same jealous friends slide into your DMs months later. It is about standing your ground in a relationship and calling out poor behaviour when you see it; being comfortable hunted by the ‘Hate Club’.”

This is a two-minute high-octane belter. With a vocal delivery that makes your hair stand on end, the song is grounded by a sweet melody running through its veins. There is a sweet juxtaposition of cranking it up to 11, with a melody you can hum along to. “Hate Club” is undoubtedly going to be a favourite on their setlists moving forward. It finishes with a bang.

Shane Ed produced the track. The video was filmed, directed and edited by Colin Jeffs (Yours Truly, Diamond Construct). It was filmed in Sydney’s The Burdekin Hotel, in front of a live audience, featuring the pursuit of a love interest. Make sure you catch the twist at the end. It’s one of those clips where you wish you were an extra in.

It will come as no surprise that the band has shared the stage with the likes of Hellions and Deadlights. They have recently completed a regional AM/PM Emo Night Tour as the main support for Ocean Sleeper.

The band has two shows in Melbourne and Katoomba later in August. The details for these are below.