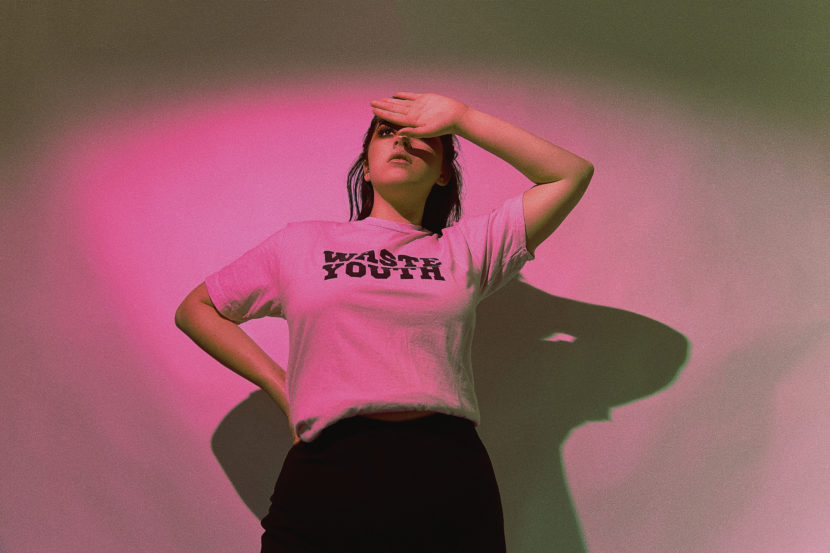 For a few months now, a gorgeous duet between Tia Gostelow and LANKS has been steadily winning fans over with it’s breezy tone and intimate vocal harmonies. That gem is titled “Strangers”, a dreamy pop record that has been buzzing around Gostelow as she dips into the second half of an already massive year, one that has so far been spent touring with The Rubens (and featuring on their latest single “Never Ever”), prepping a special set alongside Ball Park Music and San Cisco at Brisbane Riverstage, and wrapping up her debut album, Thick Skin for September 21st release date.

Following her incredible Like A Version of Empire of the Sun hit “We Are The People” last week, Gostelow has unveiled the official music video for “Strangers”. Premiering today on the AU review, the stylish montage of young love shares the warmth of the single and should draw people further towards this mesmerising talent.

Thick Skin will be released through Tia’s own label, Lovely Records, and should inspire some excellent live performances, especially seeing that she is currently working on a fresh new live set up for her upcoming shows.

“It’s going to be so different to what people who might’ve seen us live before as used to and I have been waiting so long to play these songs live,” she explains. “This album has been in the works for about 2 years now and I can’t explain how excited I am for it to be out for everyone to hear”.

Fans won’t have to wait long to hear Thick Skin brought into the live show, as the musician has announced three album release parties across Sydney, Melbourne and Brisbane throughout October and November. You can find dates below.