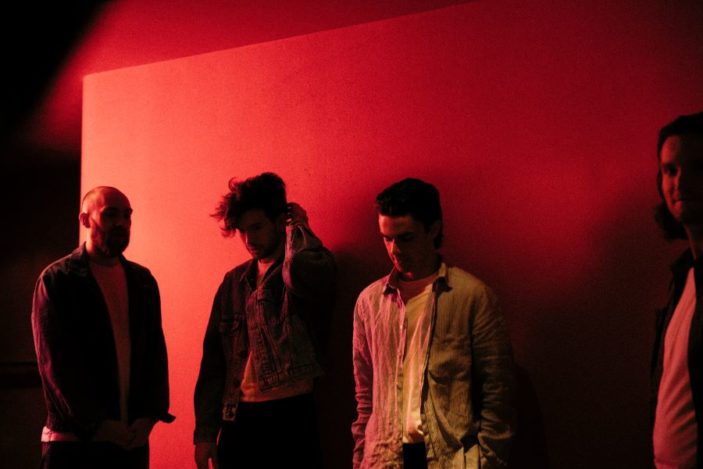 We have the Exclusive Album Premiere today from Melbourne indie-pop band MOBS. It’s synth-pop nirvana, with each track on this concept album, Cinema Paradiso, being inspired by a classic 80’s film. Every song is written from the perspective of the lead character in the film.

They have released a few of the tracks off the album in the past 3 months. “Big World” was released last November. They proved that maxim by touring China to celebrate the release.

The band was formed in 2012 and has slowly but surely built a solid fan base.  It appears that they are in overdrive now. After a busy 2019 recording this album, they played a run of shows domestically as well as their tour of China.

It’s a polished album – each track has its own take and interpretation of glorious 80’s synth-heaven. Lead-singer Jordan Clarey has a sweet joyous voice.

Drummer Matt Purcell talks about the inspiration behind ‘Cinema Paradiso’:
“We have always been a huge fan of the 80’s era, musically and cinematically. To gel these two concepts together, we believe it represents our vision within the band.  The nostalgic pop sound that we have put out there is something that we have been working on for a really long time and it’s great that we can branch out into such a broad genre yet still recognise where we have come from”.

Ahead of its official release, you can listen to the album in full here.

It’s a fun concept – see if you can spot all the films. “I’ll be Back” is from The Terminator. What else can you spot? You might want to check out their Instagram to get a few clues.

Cinema Paradiso is being released by Rude Records on all platforms on Friday 28th February.