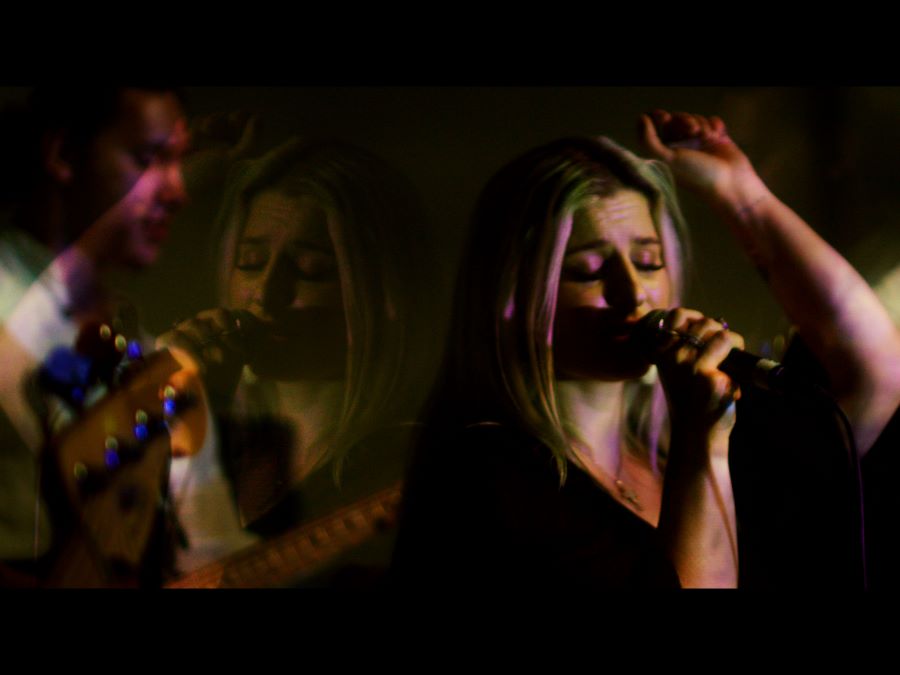 Love & Able hail from Nowra, south of Sydney, and have been steadily building a solid fan base for their cathartic alt-rock. We’re thrilled today to be premiering their debut album, Lucid Dreams ahead of its release tomorrow.

Singles “Be Gentle With My Mind” and the title track “Lucid Dreams” were released earlier this year to much acclaim. Weaving elements of alt-rock, blues and country, Lucid Dreams is a captivating listen.

With a potpourri of influences, the common driver across the tracks on the album is the exceptional guitars of Dylan Norris and the powerful vocals of Emma Jene. Initially a duo, they have bolstered the sound recently with Pedro on guitar, Declan on drums and Mayra on bass guitar. There’s a common theme running through the tracks on reaching for positivity and living your best life.

To celebrate the release of Lucid Dreams, the band have announced an album launch gig at Wollongong Uni tomorrow night (Friday 11th November) – it’s bound to be a great night. Tickets are available HERE.

As well as a first listen of the album, we also have the debut of the video for the title track.

To help launch the album, the band have put together for the AU a track-by-track breakdown, so do press <play> and read on, to get some insight into each song on this fabulous record.

We really wanted to set the tone for the record with a dreamy, alt-rock soundscape that effortlessly flows into the second track.

Be Gentle With My Mind

This track is about poisoning one’s mind with negative imagery of who they are as a person from doubt that others brought upon them. This is a common situation in this day and age that makes the track highly relatable for many.

This is about two people from different worlds coming together and going through the rough times to finally find the centred bond that they share.

When Dylan, Ayden & Mark originally wrote “Moments” it was about potential, the potential of losing yourself to every moment that passes, as death is the only thing we know is certain in life. You must enjoy what you have in every stage of life no matter how hard it gets.

Has a lighter edge to the rest of the album. “Lucid Dreams” was written about two lucid dreams that the songwriter Dylan Norris had. He explained that he could be in control of the outcome to make it even more wild & exciting. All the different things that he experienced like drinks turning purple & partying on the moon he said it was pretty crazy to then jump back into reality.

This song is about a girl who lived safe, always played by the rules and never stepped out of line or comfort zone until she met a person who broke the safety lines and allowed her to find her wild side.

Is about the hard times in life, allowing the pain to take you from the inside out and finding no comfort in people’s words or love.

About a friend that passed away about a year ago, this person taught songwriters Dylan Norris & Declan Hunter how to write songs and pushed & encouraged them to be better in every way. Songwriters Dylan & Declan said they both find it hard not having him around to share the important times with them

This song is by far my favourite on the album, it is written about becoming famous and how we use the current of sound to get there and how some people dedicate their lives trying to ruin what you created by digging up the past to find a way to tear you down.