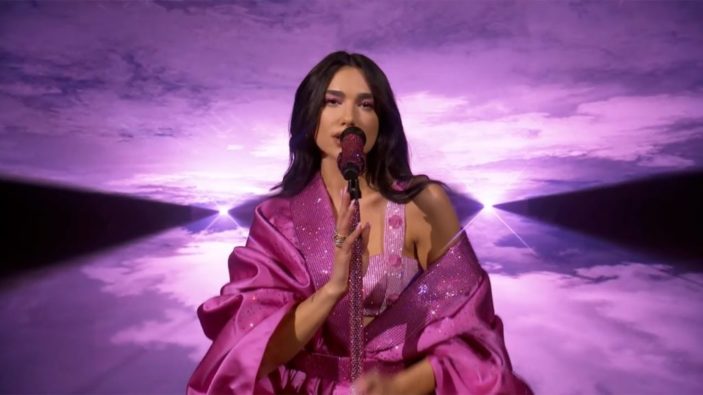 We’re officially barrelling towards the end of 2022, a year that has been packed with international and local live music springing back to life after a series of crippling lockdowns. It’s been jam-packed, to say the very least, and next year is looking even stronger as some truly big-ticket acts like Elton John, Red Hot Chilli Peppers, Arctic Monkeys and a newly reformed Blink 182 plan Australian tours.

But don’t think you need to wait until those fireworks before you start filling your calendar with live music dates. The next two months are going to be heaving, and not just with all the New Years music festivals coming back. We’re talking massive concerts from the likes of Dua Lipa and Kendrick Lamar, under-the-radar gems like New York rapper Dave East and unmissable events like The Killers and homegrown hereos RÜFÜS DU SOL.

In case you need a refresher, these are the concerts you need to be at before the end of the year. Needless to say, tickets to some of them are hard to come across but it’s worth the effort to pick up some passes to these. Trust us.

For the past few years, Dua Lipa has been the undisputed Queen of pop music. For that, there is simply no debate. The spectacle she has risen too has surpassed peers with a steadfast hold on consistency, innovation and restraint that goes beyond just churning out hit after hit. Each song she has released has brought new angles to modern pop music, helping the misshapen genre find its feet again without having to borrow too egregiously from hip hop and R&B.

Too much praise? Sure. But Dua is one of the few pop stars in the world right now that truly deserves such worship. Her live shows? All of this turned up more than just a few notches. While she’s toured down under before, it’s never been off the back of such a solid catalogue of hits, and if her recent set lists are anything to go by, this is one Australian tour no one can afford to miss.

New York rapper Dave East is one of the few examples of a modern emcee that’s cut from the same cloth as legends like Kool G Rap and Big Daddy Kane. The lyrical beast just cannot stop rapping, and you can easily tell he loves the art from listening to songs like “One Way” and “Menace”.

He might be a mid-card, and lesser known in Australia compared to the likes of Kendrick Lamar, but make no mistake about it. If you like rap, you’ll like Dave East.

Is there any finer example of an ecmee in today’s day and age than Kendrick Lamar. Intelligent, imaginative, impactful and absolutely one of the best artists of our generation. Kendrick Lamar came in like a hurricane when his classic second album dropped and instantly made him a star. With storytelling skills on par with the greats like Biggie and Ice Cube, and a penchant for crafting interesting, boundary-pushing albums, it’s not hard to hear why K Dot is at the top of the crop when it comes to the music industry.

The titan of rap will be performing some of the biggest concerts to date, and since it’s been awhile since the man has blessed Australia with a tour, you can guarantee this will be one worth the effort.

You can never go astray with a bit of The Wombats. There was a time when the lads would headline just about every festival worth mentioning in Australia, and while those days may be long gone, don’t go thinking these boys are past their prime. Enjoying somewhat of a resurgence, The Wombat’s new material has been solid and so their first Australian tour in many years will be well worth the price of admission.

Ready to sing your heart out to hits like “Read My Mind” and “When You Were Young.” The uncanny ability of The Killers to capture a palpable sense of nostalgia and emotion in their songwriting is something that should be studied in universities. And while you may have to wait until you can pick up a Bachelors in Brandon Flowers, you won’t have to wait to study the boys in real-time as one of the biggest bands in the world returns to Australia to see out 2022 with one big, joyful karaoke session. The atmosphere alone will be worth heading along.

Feels like you’ve been waiting years to vibe to “Innerbloom” in the open-air with thousands of others, right? RÜFÜS DU SOL is always a good idea, and there’s simply no other electronic act touring today that has managed to peel many layers back to create emotive, artful bangers like “Solace” and “You Were Right.” Once you’re there, in the pit, you won’t want to be anywhere else. Promise.