Matilda Bay Brewery, founded in 1984, threw a 30th birthday party and we were invited to help celebrate their occasion. It was perfect that the party reflected that delicious era of music from the 1980s, but mixed it up with music from the 90s and now.

A cab took us to the Matilda Bay Brewery in the back streets of Port Melbourne, in amongst the industrial area (the old Cadbury chocolate factory), and I had the feeling the cabbie was feeling a bit out of sorts and couldn’t wait to drop us off (do I really look like a female version of Mick Taylor?!).

Walking up to the brewery a large marquee was set up and our names ticked off the checklist, our arms receiving a slap wristband as entry card (LOVE it!) and off we went. We entered the large room, decked out in large chairs and plenty of dance space, to the sounds of the DJ spinning themed tunes. Guests were walking around in their 1984 gear, although most people were in ‘normal’ clothes (next time, more effort people!). The staff however, were all dressed for the occasion and beaming proudly as they sauntered around the room. 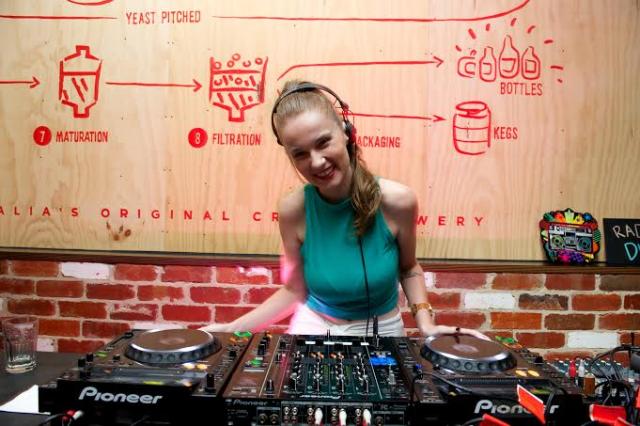 We continue on to the bar area, which is perfect for hosting such an occasion. It’s worthy to mention that this brewery is open to the public, www.matildabay.com.au and they serve not only a multitude of beers, but a delicious array of food as well.

This Celebration coincides with Good Beer Week which is held around Melbourne from May 17th till May 25th and with over 200 venue’s participating it just gets bigger and better each year. Head to www.goodbeerweek.com.au, find a venue of interest and book yourself a ticket to either a beer class, hop topics, food and beer matching as well as beer tours. It’s a Melbourne must. 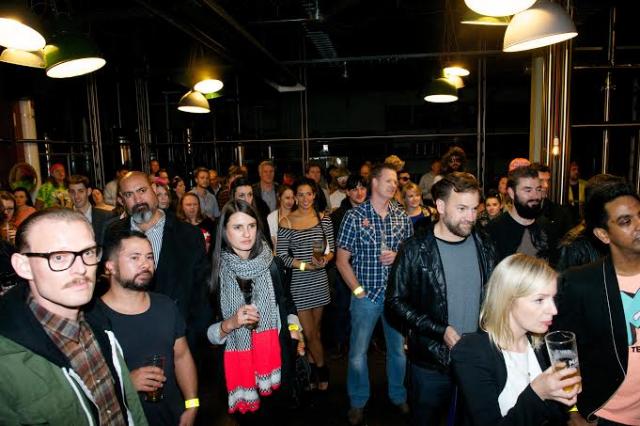 So, what does one do when there are many beers presented to you? You jump right in and start with the interestingly named Minimum Chips; I’m sold at the beginning! Next we walked around the bar and lounge area meeting people and yapping general conversations until the end of the night when you are just laughing yourself silly (but that’s another story).

As we wandered around we came across a honour board dedicated to the brewers whilst on the TV was footage of cricket matches and car races of the era and we could even choose a book about beer from the extensive library.

The food presented was a reflection on the 1980s, with items such as cheese fondue, salmon vol-au-vent, prosciutto wrapped around melon, prawns, cheese and onion on sticks and potato skins (which were the best). Speeches were nice and early whilst we were all sober; Stuart and Matt summed up the wonderful Matilda Brewery and talked about its history and thanked everyone. Then it was pretty much time to taste the beers mentioned – there were a few. Apart from the favorites like Fat Yak, Red Back and Beez Kneez beer – which I’ve tasted many times before – tonight was about drinking thee beers which my taste buds hadn’t had the pleasure of enjoying before.

I make special mention of the two anchor beers the Dogbolter (a dark ale) and the Iron brew (a dark larger) which has been created especially for this special birthday.

Dogbolter has a perfect partner: chocolate; so when you visit the brewery, grab yourself a dogbolter beer with a slice of chocolate tart.

As one may know, when you enter your thirtieth year, we become more confident in ourselves and I think you will find the same has happened in these new beers.

Beer Tasted;
• Minimum Chips – Golden Ale (yeah baby) delicious,
• Abicollabi – a mixture of Matilda Bay, Mountain Goat and Moon Dog beer and it’s a barley beer that is 10% alcohol, yep, it’s a pocket rocket and it’ll hit you before you realise it,
• Ruby Tuesday – with four specialty malts its one yummy beer,
• Little Ripper – crisp pale lager,
• Iron Brew – woah, this is a stout looking beer for us non-stout drinkers. Flowers, hops and spice make the beer a big deal and it’s the special drink of tonight, a special brew designed for tonight’s occasion,
• Queen Bee – with its exquisite honey flavour, this is a fab beer. It tastes like there has been a drop of honey added to the beer after it was poured from the tap. I like to think of it as a drop of ‘horney’ into the beer personally.

I’m sure the organisers will hail this sold out event as a moment in time of glory and I feel the only lack was 80s music. Just not enough of it – bring on Madonna, Michael Jackson, Wham, Prince, Cyndi Lauper, Bruce Springsteen etc; that would have got the dance floor cranking.

Happy 30th Birthday Matilda Bay Brewery, from your humble beginnings in Perth to spreading your wings across the Nullarbor to our crazy beer loving town.