Dave Matthews Band: Why every Australian needs to see these Bluesfest headliners live 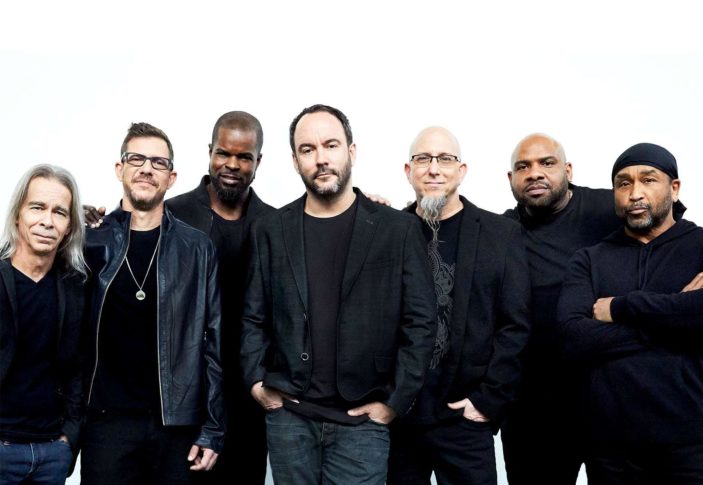 Whenever a Dave Matthews Band tour is announced in Australia – which has only been four times now in the band’s illustrious 29 year career – it’s often met with moments of confusion.

A “Wait… Who?” response is vocalised, especially when the tour coincides with a headline spot on a festival like Bluesfest (which they’ll be doing in 2020 for the third time). “But they’re not even popular in Australia, are they!?” Well, on record, they’ve never been particularly successful in Australia. But those “in the know” usually reply: “if you saw them live, you’d get it…” and they’d be right.

Because they have toured it relentlessly, through word of mouth and the sharing of official and unofficial live recordings, Dave Matthews Band have become one of the biggest bands in North America, selling out stadiums all around the country almost every Summer in something that’s become a tradition for fans. Though the albums were popular at home in their own right, and well received critically – including 2018’s Come Tomorrow, their best records in two decades by many accounts (namely my own) – it has always been on the live stage that the band has made a name for themselves.

But it’s not just about the band and their songs. As musicians, each member of the band – not unlike that of Springsteen’s E Street – is a God in their own right. Stefan Lessard is one of the most impressive bass guitarists you’ll ever see live, Tim Reynolds a guitar virtuoso who is known for touring with Dave in duo mode, and don’t get me started on drummer Carter Beauford. The man is a machine, one of the most respected in the industry and the setup he brings on the road is nothing short of epic.

OK, so you can probably tell by now that I’m a fan. I discovered the band when they released Before These Crowded Streets in 1998, an album which still holds up today as one of the band’s shining moments. Tracks like “Crush”, “Rapunzel”, “Pig” and “Don’t Drink The Water” remain a personal favourite of their repertoire, as well as a favourite amongst fans. It’s rare for at least one of these songs not to appear in their ever changing set*. But it was through their live recordings – of which there are dozens of official releases from the Live Trax series, which just released its 50th (!!!) installment, to the iconic Live at the Gorge or Live in Central Park CD/DVD sets – that the band’s reputation grew.

And it’s not just the official releases that have spread the word of the band’s live prowess. Early on, the band encouraged the recording of their concerts to share amongst some of the earliest online cassette trading forums, which would eventually become digital trading platforms in later years. This means that, in one form or another, just about every DMB show ever has been catalogued, recorded and shared (something they even do themselves to some degree on their official website).

Through this, traditions were born. Calls and responses from Dave that were seemingly instantaneous in its initial incarnation would become an expected part of the set. Like Dave getting everyone to sing a moment of “Ants Marching”, or including a bit of scat during “Jimi Thing” – not to mention turning “Two Step” into an epic 15+ minute experience. Then there are moments where the audience will sing along to a song completely different to the original – such as “Hani, Hani, come and dance with me” (“#36”) during “Everyday”. Then there are things like the inclusion of the national anthem (on the bass guitar, no less) in the lead up to a much celebrated cover of “All Along The Watchtower”; one of the band’s many live-only moments that make their sets so talked about.

Then there are the special guests. During one of their trips in Australia, they invited their support act Xavier Rudd on stage to perform a couple of tracks with them on the didgeridoo. It’s anyone’s guess who’ll join them on stage at Bluesfest. In 2005, Angelique Kidjo joined them for “Satellite” and Warren Haynes jumped up for “All Along The Watchtower” in 2014.

This reminds me of one of my personal favourite live moments, which occurred on the Live at Central Park DVD, when Haynes joined the band, for a couple of songs, including a cover of the Neil Young gem “Cortez The Killer”. By now you probably realise that covers are as an integral part of their set as their own music!

You can watch my chat with Warren Haynes at the 2011 Bluesfest here, where he talks about performing in Dave over the years:

With the band known for performing different sets every night, there will be plenty of hardcore fans from Australia and around the world following the group around the country so they don’t miss a moment of one of the band’s rare appearances in Australia; their first since 2014. And even in playing the festivals they are, and at venues like the First State Super Theatre, these are still considerably smaller than what they headline back home.

Those who saw the band at the 2005 or 2014 Bluesfests still talk about the performances, and have been hanging out for the bands return ever since. I am personally beyond excited to get to share a few nights with Dave Matthews Band in April. You should be too. The only catch is that you’ll have to get yourself along to one of the shows to see what all the fuss is about…

Don’t miss the band at Bluesfest, nor at their headline shows in Sydney and Melbourne!

More details at the Bluesfest website https://www.bluesfest.com.au/ and at the official DMB site here: https://www.davematthewsband.com/tours/

The article was originally published in April 2014, with changes made for context.