Cookin’ On 3 Burners give us their Top 5 Dream Collaborators 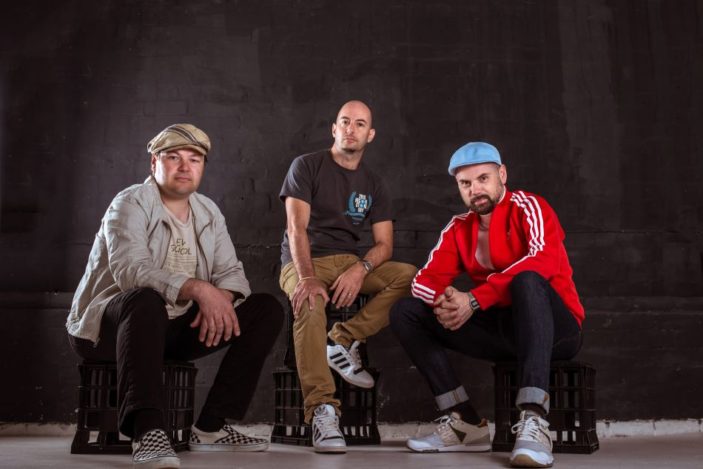 The legendary Cookin’ On 3 Burners recently released the blazing “The World Is Cold”, featuring Melbourne rapper Mantra and vocalist Jane Tyrell. It has that classic 3 Burners funk with attitude a-plenty as they mix up an enticing blend of contrasts, of sugar and spice, of heat and ice. It’s razor-sharp and as soothing as lemon honey tea. The contrast between Jane and Mantra is totally inspired and is a work of art.

It had been a while since their last release, so they were determined to make sure it was a great one. As they stated: “Through bushfires and a global pandemic, this new 45 has been a long time coming. We are in love with the lyrical heat that this collab with Mantra and Jane Tyrrell has brought to our sound. Excited to bring this smoking new Burners 7 inch vinyl to the people.”

Amongst their many accolades and achievements, one that stands out is the Billion Stream APRA Award for their single “This Girl”, which was a collaboration with French producer Kungs and also featured Melbourne queen Kylie Auldist.

“The World Is Cold” was produced by the band, and mastered by Lachlan Carrick (Gotye, A.B. Original).

To celebrate the release of “The World Is Cold”, Dan and Ivan from the band, have drawn up a list of their top 5 dream collaborators. Read on.

I’ve been a massive fan of Adrian Younge since I heard the soundtrack he did for the film Black Dynamite. His raw and soulful sounds are super inspiring and I love his arranging and instrumentation taste. The Jazz Is Dead series that Younge does with Ali Shaheed Muhammad (from A Tribe Called Quest) are an amazing set of recordings with a bunch of killer collabs. It would be sick to spend some time in his Linear Labs studios amongst all those valves and electrodes and get Adrian Younge on a vibe with Cookin’ On 3 Burners.

I love the funky psych-rock feels from UK based collective The Heliocentrics led by drummer and producer Malcolm Catto. I picked up a copy of their album A World Of Masks from Pat at Rocksteady Records a couple of years back when Cookin’ On 3 Burners were on their epic Funk Crawl for Record Store Day 2019. The Burners leaned into a bit of gritty cinematic darkness with the track “Howler” on our last Album Lab Experiments Vol. 2 and it would be dope to see what the sonic outcomes would be from the Burners venturing deeper down the rabbit hole!

Well, since I first got put onto Sault, somewhere around mid-2020, my jaw dropped, and has stayed wide open going into 2021 listening to all their songs/recordings. The mysterious nature of their identities also adds quite a mystique to the listener. I have particularly fallen in love with the vocals of Cleopatra Nikolic, aka Cleo Sol, Melisa Young and Michael Kiwanuka. Sault’s producer Inflo has done a stellar job in every way, the gentle, honest, and yet firm delivery of the vocals on top of the perfectly and often seemingly simple balance of instrumentation underneath is honestly sublime on every track!! The dirt and grime is subtle yet embedded in most tracks. This combo would totally suit Cookin on 3 Burners’ aesthetic to a T and could result in a super tight and funky collab!

When I first heard the El Michels Affair album of Wutang instrumental covers Enter the 37th Chamber it totally blew my mind. Leader of this collective Leon Michels is a busy fella, running labels Big Crown Records and the now-defunct but legendary Truth and Soul and Desco Records. Leon has been a prolific collaborator playing with and recording so many of the bands I love including Menahan Street Band, Charles Bradley, Lee Fields and The Dap Kings. Leon’s versatility and experience working with so many different people would make for a tasty Cookin’ collaboration.

A dream collaborators list is not complete without the impossible dream, the man himself Mr. James Brown. Our aesthetic in Cookin’ On 3 Burners always comes back to the funk and soul web, it’s what makes the rhythm section feel good and makes you want to move. James Brown’s rhythm (and his bands) was so inspiring and opened our minds up to playing the music in-between the notes. In this collaboration, we would travel back to October 1965 and join James, Maceo and the rest of the band on the tour bus immersing ourselves in the wild ride of on the road funk.