GRAMMY Award nominated duo Bob Moses will be taking to the East Cost for two very special shows later in the year.

Already in the country as part of the huge Strawberry Fields line-up, the versatile duo will be making the most of their time here, appearing at The Metro in Sydney on November 28th before playing 170 Russell in Melbourne the following night.

Those lucky enough to get tickets will be treated to an evening of tracks drawn from their two albums, 2015’s Days Gone By and last year’s Battle Lines. With the ability to command audience attention, and blur the lines between moody dance, shimmering pop and glacial rock these are a series of shows not to be missed. 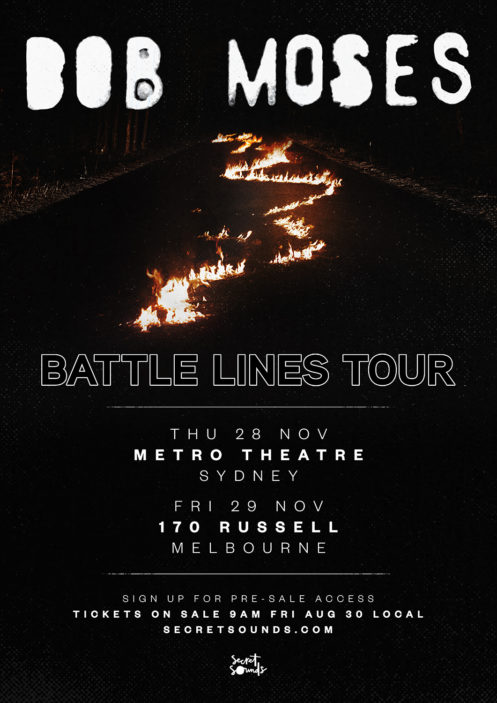