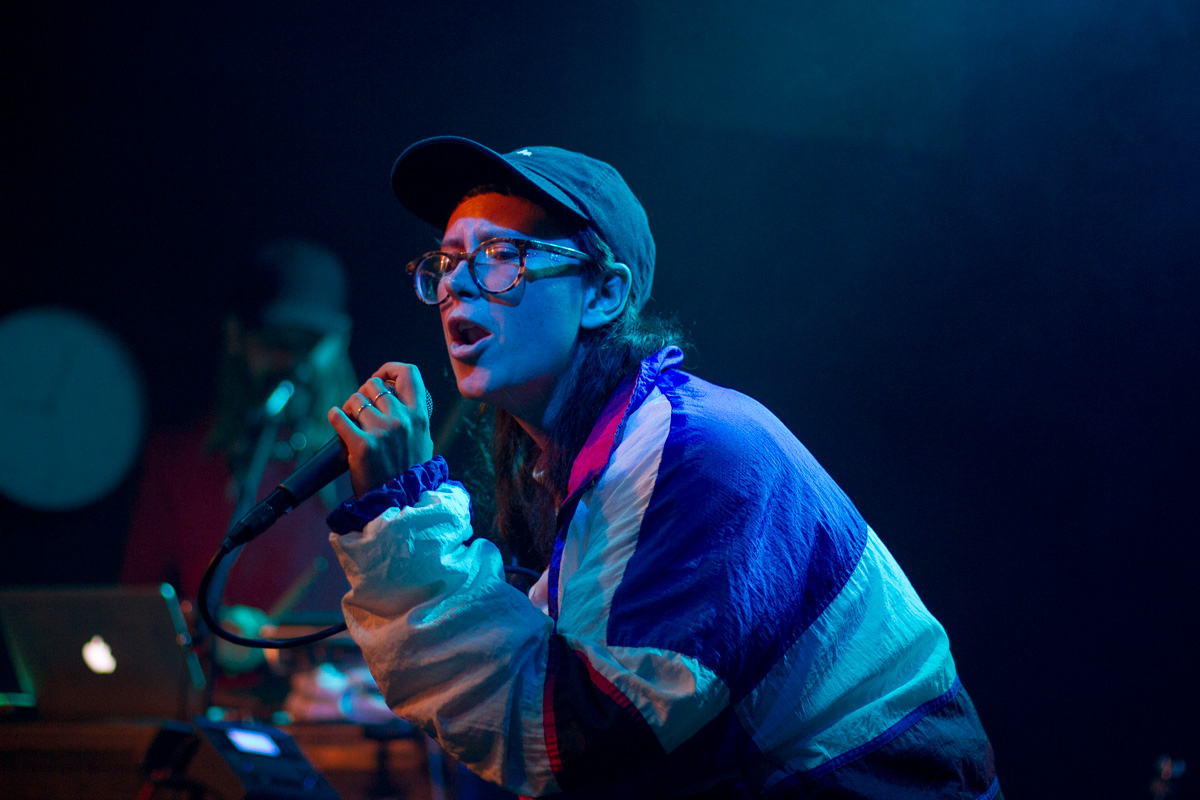 As great as BIGSOUND 2018 has been, the party had to end. The third and final day proved to be just as action-packed as the previous two, with many delegates mustering up their last ounce of energy for a day filled with workshops, connecting, and performances from Australia’s best emerging artists.

The conference-side of day three offered the chance to hear speakers offer unique perspectives on the music industry. The most wholesome of those was Virginia Grohl, who has recently written the rock-star parenting book From Cradle To The Stage. Grohl is incredibly qualified for the role as she raised none other than her son Dave Grohl. She spoke of nurturing children with creative ambitions, work ethic, interviewing other rock star mums, and shared a few embarrassing stories about her David. She also revealed there is a documentary in the works based on the book. She continued to charm when she was seen waving her phone light to the beats of Gold Coast beatmaker PACES’ showcase set.

‘What Can We Learn From The AFL About Managing Mental Health’ was an odd addition to the conference, as moderator and 2019 conference programmer Tom Larkin admitted. But the talk with Brent Hedley (AFL Player’s Association) and Allen Christensen (Brisbane Lion’s) was insightful. They offered advice for the music industry to take on, including being more vulnerable, looking out for signs in others, and the need for those higher in the music industry to organise an accessible mental health body.

‘Content Creation For The Unimaginative’ offered advice for aspiring media personnel on pitching content and strategies for artists to get noticed by the media. Gusher Mag’s Juliette Younger offered that consistent visuals make your content presentable, while Pitch Perfect PR’s Jacob Daneman stressed that the best pitches from artists and writers are those tailored specifically to the publication.

The Oztix 15th Anniversary party was a hive of activity, especially for the performance from a secret performer. Coming to the stage was none other than Brisbane’s Regurgitator, who took fans down memory lane with “Bong In My Eye” and “Kong Foo Sing”, as well as tracks from their upcoming album. Kiwi’s The Beths delighted the audience with their sugar-sweet melodies. Their songs must’ve wormed themselves into many heads as the entire present crowd sang along.

Showcasing at the Valley Drive In was Brisbane’s Sweater Curse, who bared their emotions with a stunning set of songs and previewed some upcoming songs of the same masterful quality of their previous releases.

The beats came hard and fast during HANDSOME‘s Woolly Mammoth set. The indie-pop project of Caitlin McGregor had fans closing in on the stage to dance. McGregor’s own moves were infectious and she shared the fun with a lucky fan she pulled onto the stage to dance with her.

The mood was intense for Melbourne’s East Brunswick All Girls Choir’s set at The Elephant Hotel. Singer Marcus Hobbs gave his all to the performance; his strangled yowl overpowered all present as the band played tunes equally romantic and apocalyptic, and even earned him a beer from an awestruck fan.

During G Flip’s set, Georgia Flipo spoke candidly about journeying down to BIGSOUND last year. She said she begged people to listen to her Soundcloud and also being awestruck by Alex The Astronaut’s stand-out set on Triple J Unearthed’s stage at Famous. “With the power of self-belief, anything can happen,” she said. Her closing performance of her hit “About You” was full of power, possibly inspiring someone in that crowd to make it onto that stage next year.