Beyond the Valley’s final day saw the ups and downs of the 2010s come to an end, and the festival organisers made sure it happened in style, bringing some of the best producers and musicians out for a well-versed closing day. While it could be argued that Tyler, the Creator was a bigger hit than Rüfüs Du Sol, no one could argue that they were a more appropriate choice to ring in the new year. Yet, it was a long wait for the revellers to get there, having to navigate a full host of artists before the end of the decade.

Thankfully, Beyond the Valley’s final day had the weather finally turn up appropriately for the end of year party. Touting a sunny day that didn’t leave you scrambling for the nearest shade cloth, the weather was perfect for whatever festival activities you had planned. Frustratingly, though, this also meant people ventured from their tents early for showers and food, thus lines were long across the festival’s grounds.

Manorism, China and Picket Palace opened the final day of 2019, before London Topaz took the stage to power through a DJ set and start a real pump off around the main corridor of the festival grounds. This meant the energy was prominent when local boys Big Words took the main stage by storm. The group who focuses on hip-hop, funk and rock fusion seemed to have had long-time fans in the crowd, drawing a huge mass of people to their set.

Having such good weather for the final day meant that the crowds could stretch out a bit more, indulging in some of the more secretive or otherwise ‘too hot to adventure to’ places. This included the ‘Schmall Club’, hidden away in one of the portaloo blocks and housing one of the smallest parties of the farewelled year. The Schmall Club was juxtaposed and dwarfed by the Dance Tent crowd, with some of this decade’s biggest acts using the performance space to close it out. Names such as Motez, Willaris. K and Loods highlighted Tuesday, while Denis Sulta closed the Dance Tent’s night off in style.

It was a different story over on the main stage, and while there was still an abundance of electronic music for the crowd it pulled, the area was rather different, allowing a look into the artists’ own styles of background. The stage offered some technical issues throughout the mid-afternoon and unfortunately, this meant that Set Mo had their performance cut down to only a single track. It was their fan’s favourite “I Belong Here”, but it was devastating to see Nick and Stu’s faces as they had to leave after one track.

Lion Babe and The Veronicas brought the heat back to the main stage, with Lisa and Jessica easily bringing a crowd to rival that of the closing acts. So big was their set that it was pretty easy to question their position on the set timing, but regardless the mid-noughties throwback went down a treat for the festival, with some of the crowd becoming energised from the duo’s presence on stage.

It was then time for Hayden James to take control of the main stage, and even though Made in Paris was rocking the Dance Tent, James pulled an equally impressive crowd. James had his usual set up, with an impressive light show to go alongside his powerful production work. It was good to see him bring along his resident tour vocalist Nat Dunn who, working with James, managed to pump an already eager crowd even more. The duo had close to an hour on stage working through a fair chunk of James’ 2019 release Between Us, his recent breakout album. “Just Friends”, “Better Together” and “Numb” were all equally impressive highlights, but there was something in particular about “Something About You” that managed to send the crowd into a spin.

Rüfüs Du Sol were, of course, the big name to close out 2019. The trio closed out 2019 in style after spending a year capitalising on the massive success of their 2018 album Solace, catapulting them to high status within the production-scape. Built around the favourites “No Place”, “Underwater”, “You Were Right” and “Innerbloom”, the set had no shortage of classic tracks from over the trio’s discography. The band’s set was massive, not only on the side of the music, including of course the New Year’s Countdown, but their set also made sure their production values were top-notch, with raised see-through platforms, lasers, an LED display, and of course the confetti to see in the new year. 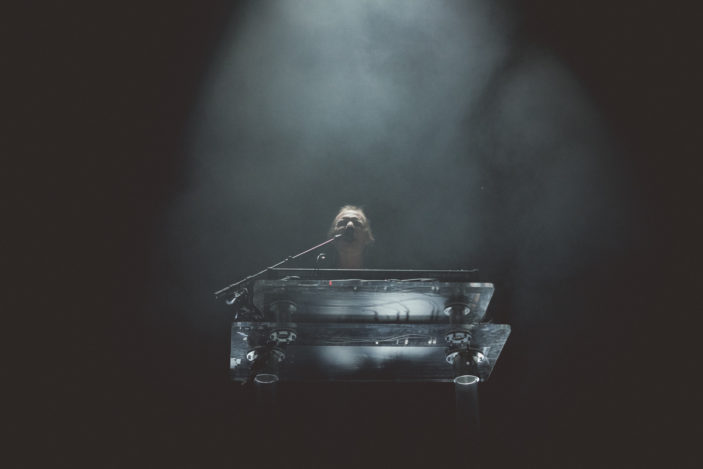 Easily one of the better lineups the festival has put together in recent memory, Beyond The Valley has been able to gratify both the electronic and band-related elements of the music world. This has meant the festival has not only been able to continue its staggering growth, but been able to share a huge variety of sounds and experiences for its punters, giving a greater overall experience into music for the fans.

Beyond the Valley has now finished, but be sure to keep an eye out next year for the 2020 iteration of the festival. For more details head to http://beyondthevalley.com.au/

All photos by Danny Hanssen.