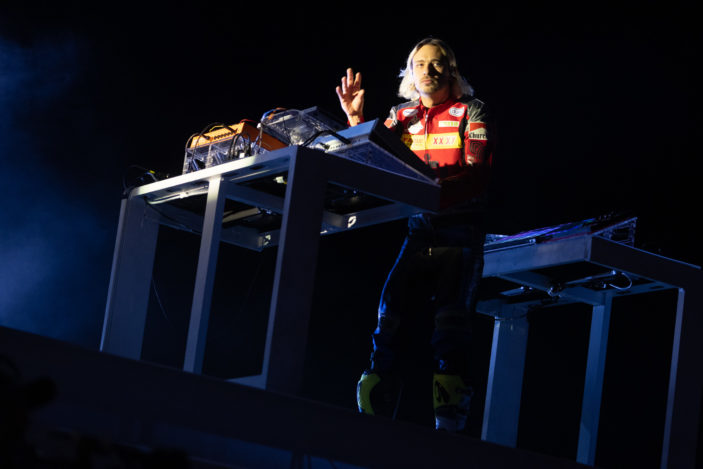 Day 2 of Austin City Limits wasn’t any cooler in temps than Day 1 but it also didn’t rock any less either. The lineup had some of the biggest names of the weekend and the crowd spanned all ages, as there was something for everyone and all styles.

At the top of the bill was Australia’s own Flume. His 90-minute set took over Zilker park and his booming bass could be heard and felt all over Austin. Flume’s creative setup and backdrop showed why he is deserving of the headliner status and the thousands jumping up and down would agree.

Across the park was hit after hit coming from P!nk! The pop superstar rallied through her impressive discography and even lent her voice to several covers ranging from Bishop Briggs, Queen, No Doubt and Bob Dylan. The show wrapped up, like all her others with her suspended above the crowd flipping and flying from beam to beam. Her voice was incredible but her show and performance was even better. P!nk is always worth the price of admission and her evolution as an artist and performer has made her a legend. 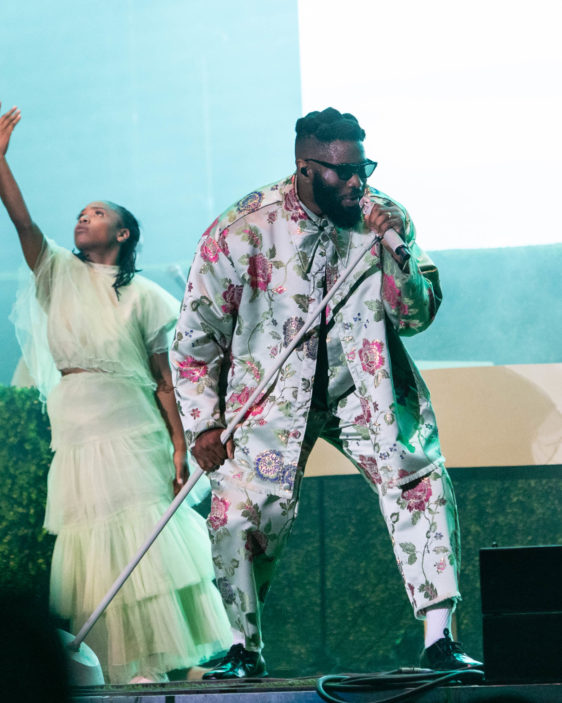 The highlight of the day had to be Tobe Nwigwe (pictured above). It is hard to put into words what a surprise and joy it was to catch this set. Nwigwe’s style blends gospel, soul, and hip hop. He is a tremendous vocalist, rapper and lyricist, but what he does best is put on an incredible show.

With the help of three of the most talented backup singers you will ever find, Nwigwe enlists the talents of a 30-member chorus. The stage turns into a church, and with the crew in green robes and the soul and energy emitting from the stage, it is hard not to throw your hands up and scream Amen! My jaw dropped several times during the set. What was happening on stage is something you would expect from the acts at the top of the bill, but we were seeing a headliner caliber act on a side stage with nowhere near the amount of people who should have been there. I will be recommending Tobe to everyone I know for the next few years. He is simply a ‘can’t miss’ act.

Lil Nas X has seen a meteoric rise in popularity over the past few years and I was honestly surprised he wasn’t playing the final set of the night. He definitely showed that I had the right idea with his elaborate set and staging. His costume changes, dancers, and theatricality show he is just as big a star in concert as he is on social media.

Boy George and the Culture Club provided a fantastic helping of nostalgia but perhaps a little bit too much as they ran over on time and festival organizers had to pull the plug on the audio so the next bands could play.

Other highlights included a beautiful evening set by The War on Drugs. Austin was the perfect backdrop for their ethereal rock and after Death Cab for Cutie it hit perfect. Death Cab for Cutie was as great as they always are, and for the first time that I can ever remember Ben Gibbard was a beaming light of happiness. Usually dressed in all black, Death Cab can be an emotional experience and Gibbard can be brooding and mysterious, but instead he met the crowd with a smile and even joked that he was going to tell his Mom 200,000 people sang every word along with him.

The final day of ACL is an absolutely packed list of some of the best bands in music. Red Hot Chili Peppers and Kacey Musgraves headline a lineup that also includes Paramore, Japanese Breakfast, Marcus Mumford and many, many more.