As he embarks on his debut Australian tour, Chicago rapper Saba is ready to hit the spotlight 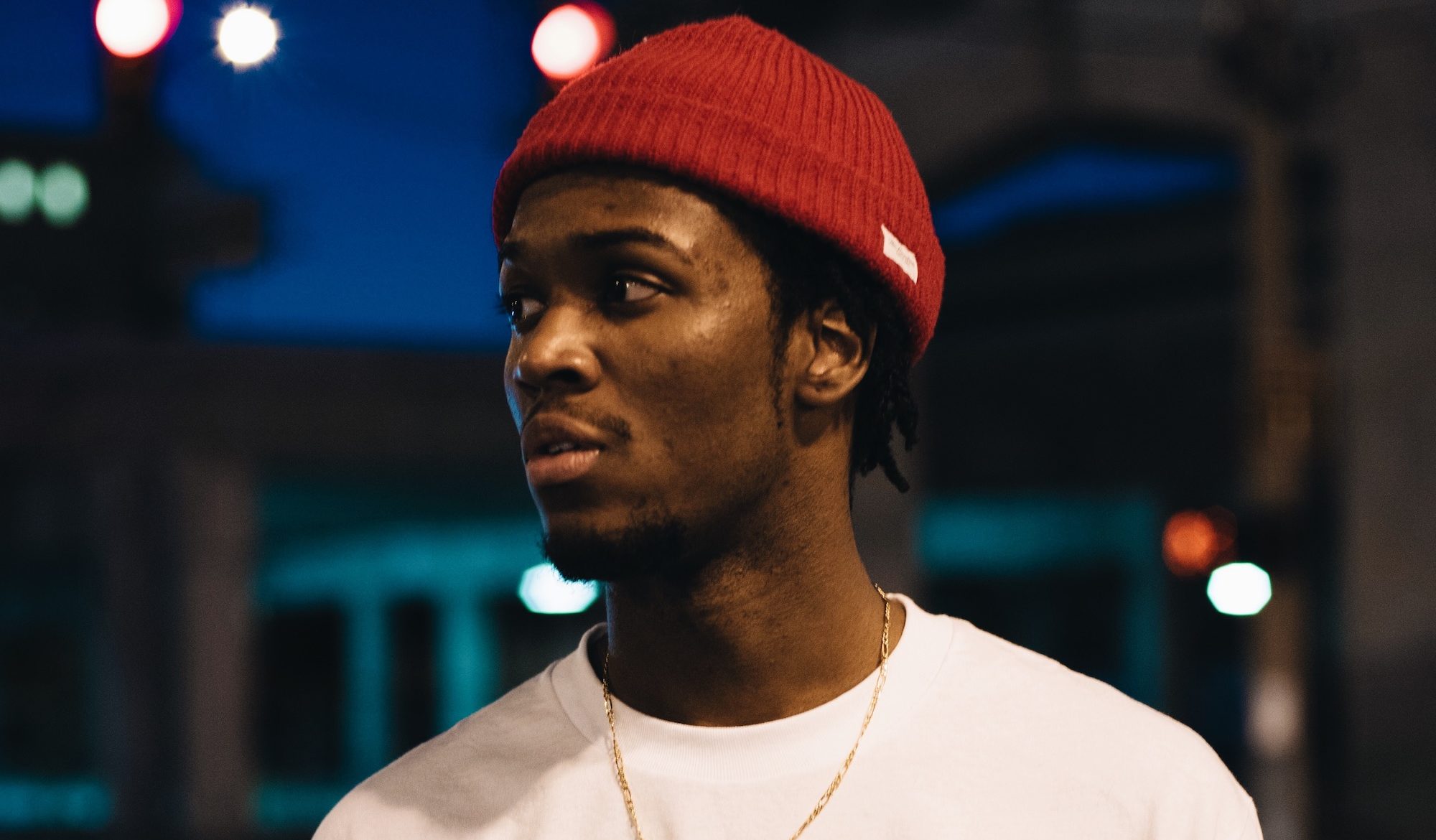 Teetering between the early-2018 release of an album, and his upcoming Australian tour, Saba is poised for a deserved spike in notoriety.

A Chicago based rapper, cut from the same cloth as Chance the Rapper, Saba fell into the local indie rap scene in southern Chicago, acting as an antonym to the swirling popularity of drill and trap music from the likes of Chief Keef and Lil Reese. This scene birthed the Save Money Crew, including Vic Mensa, Saba, Chance, and Joey Purp. He’s had a smattering of projects before this album, including the incredible Bucket List Project which employed numerous hometown collaborations, instilling a real sense of community within the Chicago scene, reflected by their unity and collaboration.

His newest album CARE FOR ME was inspired by the stabbing death of his cousin, a tumultuous and emotionally intense time, that acted as the backdrop for the creation of this project.  Fittingly, the album is tortured and emotive, with sombre pianos and synths making up the vast majority of the instrumentation. Each song sounds unique in it’s own way, but the overall aesthetic of the album is really cohesively structured, organised in a way such that the pivotal song, “PROM/KING” sits as the centrepiece of the album.

There’s a sprawling set of topics discussed, whether it be his relationship with women, the commercial approach to modern music releases, or the pitfalls of social media – Saba seems to hit each topic perfectly, and provide his own jarring and clear-eyed reflections upon them. The album’s title is less so a cry for help, with the overall purpose of the album being to contextualise the claim CARE FOR ME, and what events lead up to Saba exclaiming it so. It’s like mapping back all of the events that triggered a crisis, putting one’s present behaviour and mental state into context by reaching into past experiences as a catalogue of explanation.

This clear-eyed perception of countless topical issues is what sets Saba aside from a typical ‘lyrical indie rapper’, as his writing is of such a high calibre that his messages are communicated seamlessly to listeners as they trawl through his discography.

The CARE FOR ME tour will likely feature extensive performances from the titular album, which is stacked with a strong and consistent tracklisting. “FIGHTER” is an early highlight, dealing with Saba’s perception of conflict and reflecting upon his juvenile actions and hubris. It’s an honest and moving piece, and it really sets the album into the melancholic motion that drives it forwards.

The whole album concentrates upon “PROM/KING”, a 7 minute epic with numerous instrumental shifts. The song most directly grapples with the death of Saba’s cousin, explaining the genesis of their relationship and how their bond progressed over time to form the strong personal and artistic relationship that it was. The skittering and frantic drumming builds an intense energy before it cuts away at the final moment as Saba laments the nature of police profiling, and the death of his cousin. The tonality of this song as it progresses is completely inverse to the rest of the album, but it feels completely in place – the slow melancholic rise crescendos at a fever pitch as a drum kit is beaten into submission as the scattered keys sequence themselves in spasmodic waves, reflective of reaching an emotional peak or climax.

The whole album is a beautiful and emotive experience, that is equal parts tortured and triumphant. There’s an exploration of what it means to feel Ok, with the subsequent conclusion that, it isn’t always the case. It’s a beautiful project with so much replay value it’s astounding, which will make for an incredible tour as there is are loads of mosh-pit ready bangers, and sombre ballads alike that Saba has fashioned over his career.

His most recent album alone is enough reason for this rise in acclaim, but his previous works and collaborations are also worth noting – working on Noname’s new album, as well as Chance the Rapper’s “Angels”, an early single from his album Coloring Book.

Saba has been an artist to watch for all of 2018, and Australia is now enjoying one of the year’s most anticipated tours as a result. It’s high time to begin familiarising yourselves with Saba, as he is proving that he has the staying power to carve a lane for himself in the nebulous flurry of talent that is modern rap music.

Saba plays a SOLD OUT show at the Sydney Opera House tomorrow night and the Woolly Mammoth on 6th December in Brisbane, before dates in New Zealand. Head HERE for tickets and more details.