An Afternoon in an Arcade with Yorke: Byron Bay’s Pop-Protege

The ringing sirens and looping jingles that echo through the arcade are maddening, even after a few minutes. They’re also the antithesis-soundtrack to the personality of Yorke. 20-year old Grace Hughes, who adopted the moniker “Yorke” last year in homage to her love of New York City, is calm, chilled and charming as we spent the afternoon together to chat about her new single “Wake The City” and what’s on the horizon for her.

“Should we do it? Fine, I’m going to risk it. I need one”, she says as she reaches into her bag for her wallet after eyeing off an over-sized stuffed toy that sits beneath a large claw. “Like, I know I’m going to be disappointed in a few seconds” – she ended up being right.

During our afternoon in a Sydney arcade, she constantly broke the awkwardness of posing for photos by cracking a silly face and laughing. In no way is it annoying though; for Yorke, these type of engagements are relatively new and her silliness is infectious.

From gaining confidence and a following by busking around Byron Bay as a teenager, Yorke’s sound has evolved from her playing solo on a keyboard to becoming a richly dense pop jungle of enchanting vocals that float on alluring beats. 2019 is undoubtedly hers for the taking. 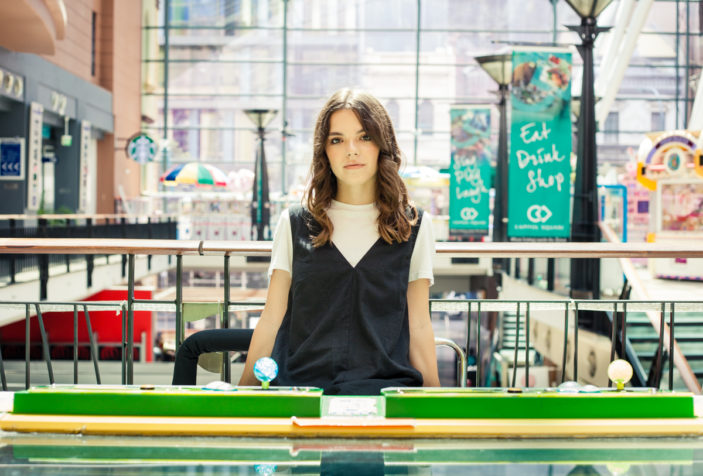 How was the experience writing with Kilter?

It was great! It was my first writing session with another artist. It just sort of happened and I didn’t think much of it, but its a cool song and I loved it. It was going to be a Grace Hughes song, but things change and now hes releasing this new track in April. I actually got to perform it at UP DOWN festival in Newcastle on Sunday and that was the biggest crowd I’ve ever performed too.

I learnt so much about what goes on behind the scenes. I’m usually the punter in the mosh pit and now I’m up there like, “What is going on?!”. I was having a mid life crisis backstage. (laughs)

How did you get through that stress?

I don’t think I’m exactly stressed, I’m just in awe. I’m just like, so grateful to be able to have these opportunities because I never thought I would. But yeah, it was so much fun. I love performing – it’s a release for me. Plus, Kilter’s amazing. The whole experience was really collaborative. The writing process was very much collaborative and Ned, Kilter, is so talented.

What was the inspiration for “Wake The City”?

It was what I was going through at the time. I feel like in every session the producer will ask, “What’s going on in your life?” and this one time I just started blurting out words and that’s why it came together so quickly because I had to so much to say. It was super cathartic. The song still makes me emotional because of how connected I am to it, even though I think it sounds quite optimistic and hopeful.

It has a very lush soundscape.

Yeah, I like the juxtaposition that Andy Mac created of sadness and emotion that went behind writing it with that production. We are actually going to be filming an acoustic version later this week. It’ll be just me on keys.

Oh, cool. It’s definitely a track that will work when it’s stripped back. What do you hope the acoustic version will convey?

The sad emo girl version laughs for sure. (laughs) 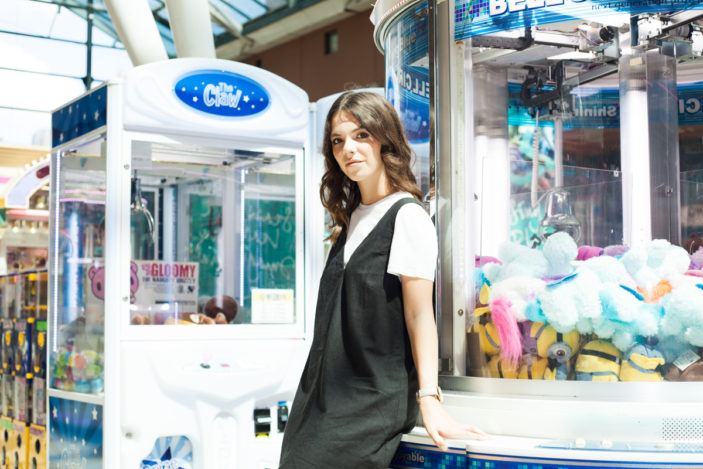 Hughes, who adopted the moniker of “Yorke” last year has been writing since she was 8 years old. She appears to be treating the name change as both a progression and fresh-start.

Over the past few months you’ve adopted a moniker, a new stage name. How has that transition been?

I was doing everything under Grace Hughes and there’s quite a few Graces at the moment and I think to me it gave me a very clear idea of what I wanted to do with my sound and image and everything fell into place at once. We sort of came up with the name and everything else just sort of quickly developed and I was just like, “This is exactly what i want to do.” I chose the name for my love of New York and how it has inspired me. I’m really, really happy with Yorke as a name and how I feel it’s meant to be.

What do you find so inspiring about New York?

My parents used to be flights attendants. I’ve been there quite a few times as a kid and I was so blown away that everyone who seems to visits gets something so different from everyone else, but its always about how they love it. I find that really inspiring – how one city can cultivate so many different appreciations and inspire so many different in so many different ways. I thought it’d be really cool to be able to imitate that within my own music and have people appreciating lots of different parts of it. 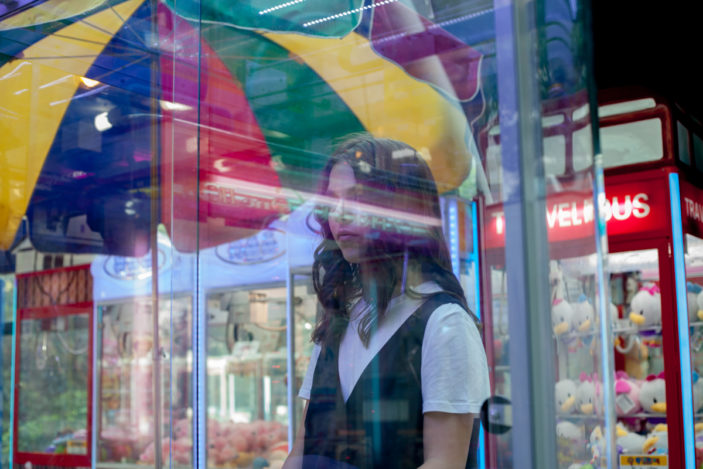 Hughes owes a lot of her recent success to the supportive environment of her home, as well as Byron Bay and its nurturing surrounds.

How did growing up in Byron Bay influence you?

I moved to Byron when I was around 8. I felt like it really cultivated the freedom to be creative. There are so many amazing creatives around the area. It was pretty much as soon as I moved to Byron that I started writing songs. I completely think that if I hadn’t have moved to Byron, I wouldn’t be doing what I’m doing now. I think the competitions and scene of Byron and the Northern Rivers really helped me build confidence and offered a platform for people to hear me and the songs I write.

What did you listen to growing up?

When I was starting to write around 8, it was just when Taylor Swift’s album Fearless came out and I feel like that was a big reason why I started. She was 16 or 17 at the time and I was like if she can do it…. As a songwriter I think she’s incredible. It was nice to have her as a point of reference as little 8 year old Grace. Here we are now, it’s kind of weird.

You are pretty familiar with busking around Byron and entering songwriting contests, I take it your parents have always been supportive of your craft?

I was at uni in 2017 in Brisbane and I thought my parents might have been slightly unimpressed, but they were really happy with my decision to defer and focus on music. They are so glad that I did that. I’m so happy that they’re so supportive but I think my mum counts down the days until I get home really, especially because I am an only child.

Whats in the future for you? Any plans for a record – EP or LP?

There will definitely be some more songs released soon. I’ve got that feature coming out with Kilter at the start of April which I’m really excited about and there’s a couple more features in the works. But yeah, heaps more writing, lots more shows, a sneaky tour or two and just staying on the grind.

You must be used to playing covers from your busking experience as a kid. Can we expect covers on the sneaky tour?

Yeah, I have a Lana Del Rey cover in my set of “Summertime Sadness” but it’s completely different which I love. I think we really shaped it in a way that you wouldn’t expect. I think it’s super cool.

That sounds so intriguing. How have you reshaped it?

I guess you’ll just have to come to the show to find out! (laughs)

Yorke‘s newest single, “Wake The City” is out now via Island Records Australia. Whilst no tour dates have been announced just yet, you can find out more info on Yorke and keep up to date on all tour and record news here: Instagram, Facebook, Twitter and her website.

All images by Lachlan Mitchell.