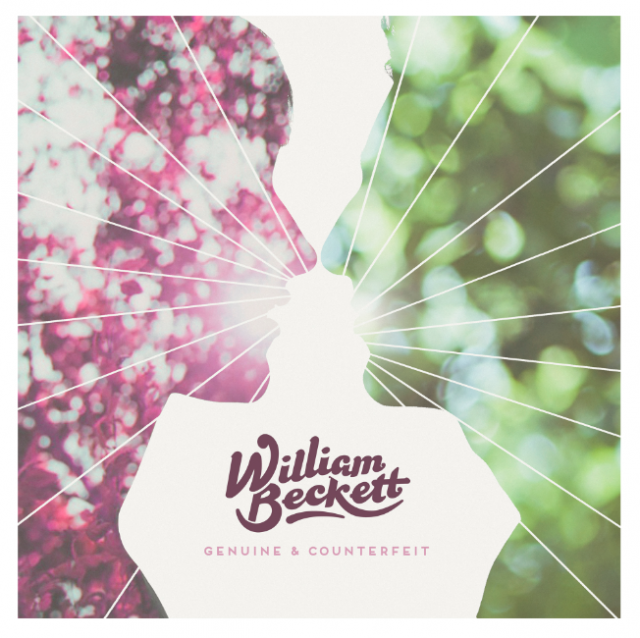 It’s only been two years since The Academy Is… announced their disbandment, but William Beckett has accomplished a lot in that time. Three EPs, an album of acoustic sessions, and a fair bit of touring is more than you’d expect from somebody who’d spent the previous nine years creating music with the support of a band. But Beckett may have felt he needed to prove he was really committed to life as a solo artist — and what better way to do that than to release a full-length record?

My expectations were set fairly high by the album’s lead single, “Benny and Joon”. Somehow, it managed to be both a song of intimacy and privacy, and a euphoric leap into the light of solidarity; a skilful blend of contradictions, to say the least. So I was hesitant when it came to hearing the remainder of the record, lest it let me down. Much to my delight, the unique charm of “Benny and Joon” was sustained throughout Genuine and Counterfeit. In fact, it’s largely supported by collapsing the contradictions within his experiences and resolving them. Then and now, fragility and strength, and wandering and reaching are all themes that run through the record, giving it a very dreamlike quality.

However, it is still firmly rooted in the genre of pop. Whether it’s the Top 40 party track, “In My Blood”, or the galloping ballad of “By Your Side”, Beckett has ensured that every track is catchy and ready to be sung along to. Unfortunately, this means that none of the tracks are quite as left-field as “Compromising Me”, from his first EP — all in the interest of accessibility, I suppose. But he keeps most of his musical quirks, and throws in a few guitar solos to make it up to us. (And how many lines like ‘Comatose bones / into silicone drones’ can somebody come up with, anyway?)

Of course, there are echos of The Academy Is… throughout the album, right down to the detail of calling his sweetheart ‘Girl’. “A Million People” is the track that most closely resembles their style, if only because it has more of a rock influence than the others. Yet it’s also the song that foregrounds the changes in his sound: the instrumentals are less riffy and more layered; and the atmosphere is cleaner and more confident, rather than churning with the frustrations of young adulthood.

Ultimately, Beckett’s first solo effort is a success. Some die-hard The Academy Is… fans may be disappointed with the move away from an alt-rock sound, but this shift shows that he is determined to create a musical identity beyond his old band. The results are a record that is artistically mature, emotionally honest, and above all— genuine.

Genuine and Counterfeit will be released on August 20th, through Equal Vision Records.